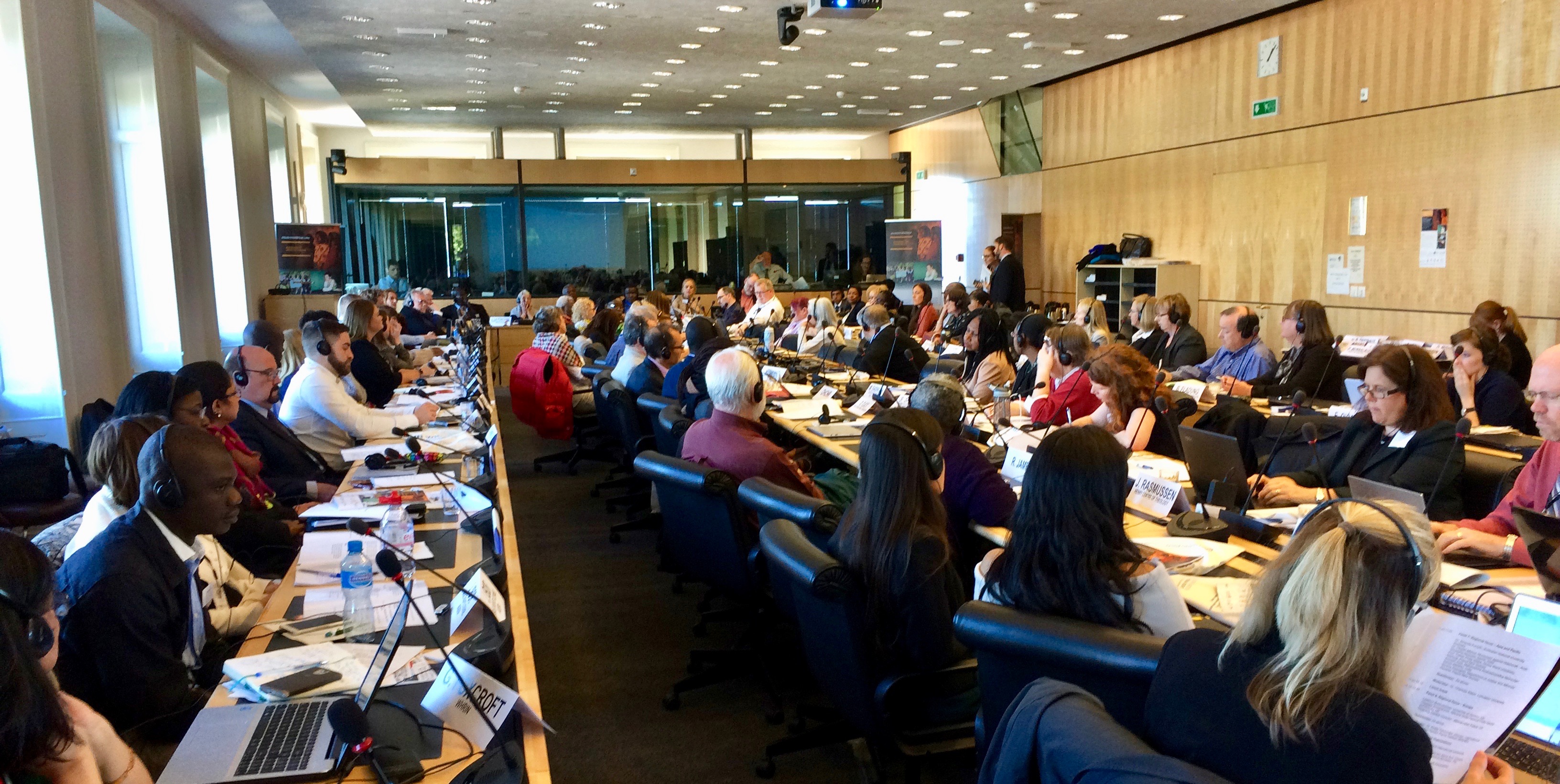 Witchcraft accusation based violence gets international attention for the first time

Last week, on 21-22 September 2017, a UN Experts Workshop on Witchcraft and Human Rights was held in Geneva. This was the first UN and international level event with a specific focus on witchcraft beliefs and practices. It brought together a range of key UN office holders, including Kate Gilmore, UN Deputy High Commissioner for Human Rights, with academics, activists, faith-based organisations, NGOs and survivors of violence emanating from witchcraft beliefs and practices. This post reflects on the key learnings from the workshop of relevance for Papua New Guinea.

The workshop’s intended focus was on practical ways forward to counter the harmful practices that accompany witchcraft and sorcery beliefs, rather than just exploring the social, cultural, economic and political factors that contribute to them. These harmful practices include the torture, murder and banishment of those accused of using witchcraft or sorcery. Speakers came from many parts of Africa, India and across Europe.

PNG’s journey in challenging sorcery accusation based violence and its Sorcery National Action Plan (SNAP) was also presented. PNG was favourably compared with many other countries in the world in terms of the leadership of its government, the range and comparatively co-ordinated nature of the activities being undertaken, and the evidence-based approach it has adopted. There was widespread agreement that these issues must be tackled in a comprehensive and multi-sectoral way. The workshop revealed new layers of support that PNG should draw upon going forward, including experiences from other countries in overcoming these types of violence and the international mechanisms that may be of assistance.

There are a wide – and likely growing – range of abuses arising from the belief in sorcery and witchcraft around the world. These are particularly evident in many parts of Africa and India, but also increasingly in the UK and Europe as a result of migration and, disturbingly, sexual slavery. Many speakers referred to harmful practices “spreading like wildfire” and “hitting us like a tsunami” with the clear implication of increasing levels of abuse. Although the content and technologies of the beliefs and harmful practices varied enormously geographically and historically, there were also some striking shared themes. These include extreme levels of violence against those accused of using witchcraft, relative impunity of perpetrators, malleability of beliefs and practices, their appearance and reappearance over time, their persistence in the face of modernisation and even education, and their harshest impact being on the weakest and most vulnerable. The transmission and communication of both beliefs in witchcraft and the harmful practices associated with them occurs rapidly through migration and the internet and social and other media. Movies dramatising witchcraft beliefs and practices were argued to be a significant factor in the spread of such beliefs and practices; PNG should consider this in the regulation of its film industry.

The geographic variations of beliefs and practices within many countries gives rise to important questions about the most appropriate scale at which to regulate. In this regard, India’s approach is perhaps instructive for PNG, as legislation targeting particular harmful practices such as witch-hunting are made at the provincial level. This ensures appropriate cultural targeting and assists in ensuring that those who are most vulnerable are made aware of the laws that exist to protect them, and how to find pathways to access them.

The International community’s willingness to engage

There was active participation throughout the two days by a wide range of UN Special Rapporteurs (on extrajudicial, summary or arbitrary executions; on violence against women, its causes and consequences; on the rights of persons with disabilities; on the enjoyment of human rights by persons with albinism) and other members of the international community (the OHCHR, the Office of Special Representative of the Secretary General on violence against children, and many permanent missions in Geneva). They conveyed the clear message that harmful practices arising from witchcraft beliefs and practices fall squarely within the purview of the UN’s mandate to protect human rights. The workshop was stated by the Deputy High Commissioner for Human Rights to be a “much needed and overdue” opportunity to focus on intersections between witchcraft and human rights. Speakers outlined a number of mechanisms that could be used to put pressure on state governments to be more actively engaged. These included working with UN representatives and human rights institutions on the local level, utilising reporting mechanisms in a variety of international conventions, and requesting Special Rapporteurs to open enquiries into systematic abuses of human rights.

The necessity for engagement by the international level was demonstrated by the fact that in many countries national government action to counter witchcraft-related harms was largely notable by its absence. A common theme of the workshop was the impunity of perpetrators and the unwillingness of state justice systems to properly execute their duty to protect citizens from abuse where witchcraft beliefs and practices are present, either due to lack of capacity, fear, complicity or combinations of the three. Kate Gilmore argued that the abuses flowing from witchcraft beliefs and practices stemmed from a range of state failures, including the failure to provide adequate justice, health and education.

One of the key recommendations made at the event was a proposal for a UN special resolution on witchcraft and human rights to be made in 2019.

The role of spiritual entrepreneurs

A wide range of classes of people who benefit financially and otherwise from people’s beliefs in witchcraft was discussed.  Academic Jean La Fontaine has coined the useful term ‘supernatural entrepreneurs’ to cover this entire category. It ranges from traditional healers, many of whom also or mostly deliver essential primary healthcare, and those who profit by selling charms or trinkets, to those far more dangerous individuals who profit by identifying particular individuals for a fee, through to emerging linkages between witchcraft beliefs and practices and human trafficking.  There was uniform condemnation of such practices but little concrete evidence of any successful or even serious attempts by states to prosecute the perpetrators. It was widely agreed that there is a pressing need to expose and stop those who profit in such ways.  The problem of diviners has been noted in PNG and the call to target them made by many, including the judiciary who referred to them as “a scourge on society” who “fan the flames” of sorcery related killings in a recent judgment. International experience reinforces the urgency and importance of addressing this issue, and also suggests that it must be done carefully to ensure that traditional healers are not unjustly implicated.

A number of programs that offer genuine potential to address and prevent the harmful practices stemming from beliefs in witchcraft were discussed. It was noticeable that these were almost all developed by faith based organisations or civil society, with very little state involvement. Three that offer most relevance for PNG are:

Part II of this post will discuss some of the key issues of debate and discussion at the workshop.

Miranda Forsyth is an Associate Professor in the School of Regulation and Global Governance at ANU. Philip Gibbs is Professor of Social Research at Divine Word University, Papua New Guinea.