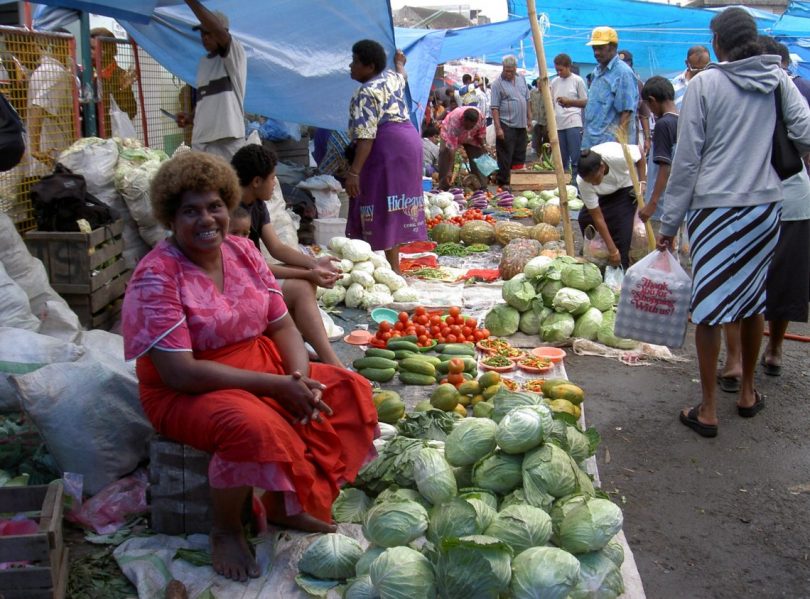 The Fiji Women’s Fund (the Fund) has learnt three key lessons in supporting women’s economic empowerment (WEE) over the three years that the Fund has provided grants to women’s groups, organisations and networks. Collaboration between the Fund, Rise Beyond the Reef, Talanoa Treks and Ra Naari Parishad resulted in a lessons learned paper titled ‘Promising Practices from Fiji in empowering women economically’. Three key lessons are shared below:

1. Understanding the importance of collectives, in contrast to a focus on individual women

The development of collectives, which create women’s coalitions for change, has been key to realising WEE initiatives. Access to resources for individual women is limited for women in rural and remote Fiji. As a result, the Fund supports three local groups in Fiji, which all work with rural women to promote a formal collective structure that creates access to economic opportunities for individual women: Rise Beyond the Reef, Talanoa Treks and Ra Naari Parishad. These organisations work with local women giving them opportunities in their own communities.

Commonalities were highlighted in the approach of the three organisations:

In contrast to a focus on individual women, which can generate greater communal backlash, collectives offer a collective safety net.

Collectives are an important part of supporting individual women’s economic empowerment. They are an important site of change and provide a connection to other women and resources. But often this is not recognised in the existing WEE literature which tends to focus on individuals.

2. Analysing differences in the household

Understanding how decisions are made in the household is an important starting point and one that can be missed if the focus is only on economic advancement.

3. Examining the situation of both women and men

The Fund found evidence of men supporting the work women were doing by taking up caregiving and food gathering roles which are traditionally ascribed to women in households. There was also evidence of positive shifts in family and community knowledge, attitudes and behaviour related to women’s changing economic role. For example, Ra Naari Parishad reports that household members, such as husbands and brothers, now support their wives and mothers to market honey in order to attain a competitive price and increase profits.

Rise Beyond the Reef shared a case study of how their economic empowerment initiative had changed the situation for a husband and wife, Paula and Arieta, from Vatawai Village.

Paula became paralysed about five years ago; this has left Arieta to carry the burden of farming and household chores in addition to caring for Paula. After Arieta undertook Sasa Voivoi Basket training, Paula asked her to teach him. He now weaves lying down, and he can now take on the production to help contribute to their family income, thus relieving some of the workload on Arieta. Paula is now one of the strongest basket producers in this community, and when orders are abundant, he makes much more per month for his family than the average male in his community. Paula has told us how he’s very happy to be able to help relieve some of the burden on Arieta.

Too often the focus of initiatives and data collection is solely on the women themselves. However, both men and women have to be involved to advance gender equality. As a result, some Fund partners are now concentrating more intentionally on men – developing their capacity to act as gender advocates and increasing their understanding of women’s human rights.

Major takeaways on WEE initiatives are:

This piece was originally published on the Fiji Women’s Fund blog, here.

Dr Farida Fleming is an evaluator with 20 years’ experience in international development. Farida has experience working with donor agencies, NGOs and government departments to monitor programs and design and implement evaluations and evaluative systems.

Menka Goundan is the Senior Program Manager at the Fiji Women’s Fund. She is also a member of the Program Advisory Committee of the Asian-Pacific Resource and Research Centre for Women (ARROW).