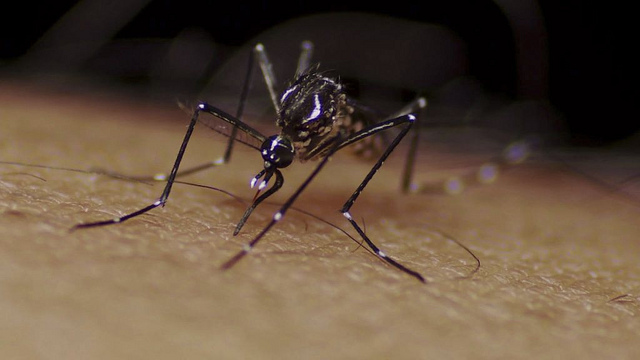 On 1 February, the World Health Organization (WHO) convened an Emergency Committee to advise on the Zika virus. Reviewing the spread and impacts of Zika, the Committee concluded that the situation meets the conditions of a Public Health Emergency of International Concern, and asserted that a coordinated international response to Zika is required.

The rapid emergence of Zika has come as a surprise to many. Zika is transmitted by the same mosquito – Aedes aegypti – as dengue and chikungunya. Worryingly, it also looks increasingly likely that Zika can be sexually transmitted. Perhaps because around 80 per cent of people who get infected with Zika remain asymptomatic, and because the remaining 20 per cent were long thought to develop only minor symptoms including mild fever, joint and muscle pain, headache and a rash, Zika has tended to fly under the public health radar.

This situation has evolved rapidly over the past few weeks, but can be traced back to outbreaks in French Polynesia and other Pacific countries (2013–2014), and Brazil (2015). Following the outbreak in French Polynesia, health authorities reported an unusual increase of microcephaly [pdf] (an abnormal smallness of the head associated with incomplete brain development) in newborns registered during 2014–2015. Brazil experienced an outbreak of the virus in early 2015, followed by reports from September onwards of an increase in the number of infants born with microcephaly. A study of 35 Brazilian infants born with microcephaly found that the mothers had lived in or visited Zika-affected areas during pregnancy, and 74 per cent of mothers had experienced an illness with Zika-like symptoms during pregnancy. Further testing in Brazil by the Centers for Disease Control and Prevention (CDC) of samples from two pregnancies that ended in miscarriage, and from two infants with microcephaly who died shortly after birth, found that all four infants has become infected with Zika during pregnancy. Brazilian health authorities now claim that almost 4,000 cases of microcephaly have emerged over the past four months.

There is also emerging evidence from both the Pacific [pdf] and South America that Zika may be associated with Guillain-Barré syndrome, an autoimmune condition in which the person’s nerves are attacked by the body’s own immune defence system, which in extreme cases can be fatal.

At present, the Americas appear to be the virus’ epicentre, with Colombia now home to over 20,000 cases of the virus, 2,000 of which were among pregnant women. Several Pacific island nations including Tonga and Samoa have declared epidemics, and it is anticipated that the virus could spread rapidly in Southeast Asia and India. The virus is already believed to be widely distributed in Thailand and governments across the region have issued warnings and elevated readiness levels. Several cases have also been reported in Australia.

While the evidence is still being gathered, the past few weeks have highlighted some key themes in global health and governance that are relevant to the Australian Government and other donors.

One of the major themes from the Ebola outbreak of 2014–2015 was the absence of timely leadership from the WHO. In July 2015, the independent Ebola Interim Assessment Panel concluded that urgent warnings ‘either did not reach senior leaders or senior leaders did not recognise their significance.’ In April 2015 WHO had recognised the ‘unprecedented outbreak’, but this recognition was not followed by international mobilisation and a consistent communication strategy.

This time around, it appears that the WHO is on the front foot with mobilising awareness and commitment to addressing Zika. In late January, Lucey and Gostin criticised WHO for not yet having adopted a leadership role in tackling Zika. On 1 February, however, WHO convened the first meeting of the International Health Regulations Emergency Committee on Zika, and following the Committee’s recommendation declared a Public Health Emergency of International Concern.

This is a positive and necessary step – though arguably still belated given the emergence of evidence in 2015. As the WHO statement notes,

‘A coordinated international response is needed to improve surveillance, the detection of infections, congenital malformations, and neurological complications, to intensify the control of mosquito populations, and to expedite the development of diagnostic tests and vaccines to protect people at risk, especially during pregnancy.’

The declaration of an Emergency is an important political step in mobilising awareness and commitment, and positions WHO to play a coordinating role in such areas as the sharing of Zika-related information and guidelines.

While international political commitment is important, a range of health systems responses are needed within countries to reduce the spread and impacts of Zika, such as strengthening surveillance systems; ensuring appropriate clinical care; and developing governance models that enable the development of partnerships among government, NGOs, academia and the community. Such partnerships are particularly important in mosquito control, which needs to be a central part of the Zika response. Health communications are also vital – to raise awareness about the disease and its impacts (and separate fact from fiction), with a particular focus on behaviour change to reduce mosquito exposure and raise awareness among at-risk populations.

As was highlighted by the Ebola outbreak, the strengthening of health systems needs to be long-term and sustainable. Emergency response is important, but with proper investment such emergency response should become increasingly unnecessary. Zika has demonstrated that public health can be unpredictable and that strong systems are needed to be able to handle a range of scenarios.

A third point to note – important but often overlooked – is the relationship between climate and health, particularly the role of climate change in driving mosquito borne viruses. There is growing scientific consensus, as outlined in the Intergovernmental Panel on Climate Change’s reports, that climate change will increasingly influence the spread of viruses like dengue and malaria. Globally, temperature increases of 2–3 degrees are expected to increase the number of people who are at risk of contracting malaria by several hundred million. We should now add increased exposure to Zika to the list of potential climate change impacts on global health. The likelihood that the current El Niño has helped drive the Zika outbreak – through increased temperatures, rainfall and groundwater, which provide ideal conditions for mosquitoes to breed – adds further weight to the climate-health relationship and likely future increases in risk exposure.

Sam Byfield is global health consultant and a Senior Honorary Fellow and Lecturer at the University of Melbourne’s Nossal Institute for Global Health. He has 10 years of experience in global health and international affairs.