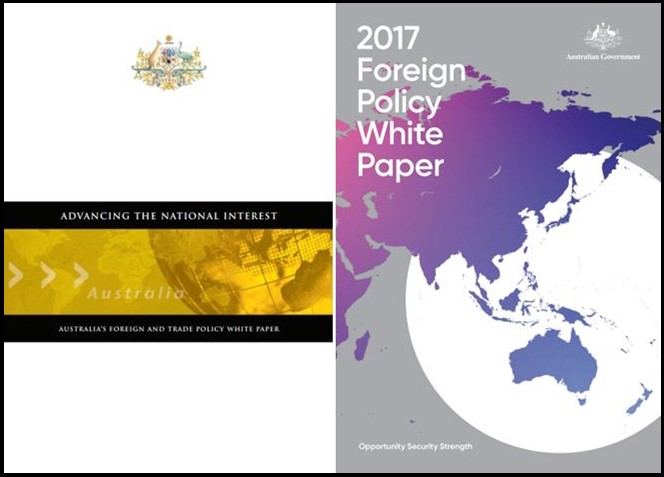 The last Foreign Policy White Paper was also under a Coalition Government, in 2003, when Alexander Downer was Foreign Minister. On aid at least it is vintage Downer. The document downplays the role of aid at several points, with some disarmingly frank admissions: “aid is not the key to development”; “it is trade and investment, not aid, that will drive development”. Where aid could “have a crucial impact”, the White Paper argued, was in relation to “the promotion of good governance”, the bedrock of development success. This is why, the 2003 White Paper explained, “good governance is now the largest sectoral focus of Australia’s aid program, with Australia at the forefront of donors grappling with governance issues in the region.” ‘Grappling’ is an apt description. Even Downer wasn’t game to claim that our aid was actually improving governance. His belief, however, that the attempt (the grappling) was a good use of aid led to millions of dollars of aid being wasted on advisers. Some made a difference, but too many drew up corporate plans and reform programs that were never implemented.

While one can criticise Downer’s approach to aid, there was no mistaking what it consisted of. Fast forward to 2017 and the aid program now has something for everyone. There is little discussion in the new White Paper of the role of aid in development, let alone its limits. Governance is still the biggest aid spend (p. 91), but this is not explained. Rather, grappling with governance is now just one of many things we do: “Our assistance helps partner countries improve governance, education and health, and enhance productivity in agriculture, fisheries and water.” (Productivity in water?) The paragraph goes on to say we also build infrastructure and trade capacity, and promote gender equality.

Agree with it or not, the 2003 White Paper gave clear direction to the aid program. The 2017 White Paper does not. There are some positives. Humanitarian funding is increased from $400 to $500 million, something supported both by the public and by our own White Paper submission (though note there is no increase in total aid). There are a few subtle shifts on strategy: with the objective of economic growth giving way to one of inclusive growth, a new emphasis on the SDGs, and a renewed emphasis on climate change. Overall though, on aid strategy, the 2017 White Paper seems like a missed opportunity. Neither Foreign Minister Bishop nor Trade Minister Ciobo nor Prime Minister Turnbull mentioned aid once in their launch speeches. A constant theme of those speeches, and of the White Paper, was the fast-changing nature of our region and the world. Given rapid change, won’t the aid program of the future will have to look very different to the aid program of today? This is a question one would have liked the White Paper at least to have raised.

The 2003 White Paper was launched in February of that year, at a time when Downer was resisting suggestions that Australia should engage more forcefully to restore order in the Solomon Islands. A few months later he gave in, and RAMSI was launched in August 2003. But the 2003 White Paper chapter on the Pacific strikes a pessimistic, hands-off tone. “In the South Pacific, small states face daunting political, economic and social problems and rising levels of discontent and crime.” The region is characterised by “fragility” and “poor governance.” The White Paper singled out PNG as facing “huge economic, social and political challenges.”  More generally, the region faces a “difficult future” and will be unstable “for the foreseeable future”. As to what Australia can do, “[w]e are prepared to help those countries which are prepared to help themselves”, but that’s about it.

Fast forward to 2017, and there is a very different tone in the chapter on the Pacific. Concerns about the Pacific island region being one in which terrorism might thrive have been replaced by worries about “outside partners”, that is, Chinese influence. Whereas Downer was too pessimistic on the Pacific, the tone now is overly optimistic. Governance concerns are raised in passing, but, surprisingly, not as a constraint on growth (p. 101). PNG service delivery suffers because of “a shortage of capacity and a constrained budget” but not because of what Eric Kwa, a senior PNG public servant, recently described as the country’s “elephant in the room”:  corruption.

Nor is sufficient weight given to the acute poverty and suffering among our immediate neighbours. PNG and Timor Leste are both top-four countries in the global malnutrition stakes (as measured by child stunting); and, symptomatic of the non-communicable disease crisis engulfing the Pacific, eight of the top ten countries in the world in terms of adult diabetes prevalence are Pacific island countries.

While its diagnosis is not convincing, the 2017 White Paper does make real progress in relation to solutions. Aid to the Pacific doubled from $516 million at the time of the 2003 White Paper to $1,098 million now. But aid isn’t the solution, and it is terrific that the new White Paper recognises that “new approaches will be necessary.” Of the new approaches mentioned (others include the sharing of Australian institutions, and a greater emphasis on security), the one that gets by far the most space (six paragraphs and a box) is labour mobility.

Downer opposed the introduction of any labour mobility schemes for the Pacific. The topic therefore got no mention in the 2003 White Paper. In a 2005 op-ed Downer wrote: “The answer to the Pacific’s large and growing unemployment problems does not lie in a few hundred unskilled young people coming to Australia to pick fruit for a few months of the year. The answer lies rather in domestically generated growth.” How times have changed. Now there is recognition of the constrained growth opportunities facing the Pacific, and an acceptance that labour is one of the few things the Pacific can export. Labor, though it also didn’t like to talk about labour mobility, introduced the Seasonal Worker Program which Downer refused to. And now Bishop has introduced a second – temporary rather than seasonal – Pacific Labour Scheme (announced by Turnbull two months ago at the Pacific Islands Forum). The virtues of both, and of labour mobility in general, are extolled in the White Paper. Introducing a Pacific “green card” as New Zealand did decades ago is still a step too far, but nevertheless the difference in attitudes on labour mobility between the two White Papers could not be more stark.

Julie Bishop has said good things about labour mobility and the Pacific in various speeches, but this is the first time I have seen the promotion of labour mobility in the Pacific endorsed in an official Australian government strategic document. This official dismantling of the Downer-Howard anti-labour-mobility legacy, and the move away from Rudd-Gillard timidity in relation to the subject makes the White Paper an important step forward in Australia’s relationship with the Pacific, and, to my mind, more than compensates for its failure to provide greater clarity around the future of our aid.