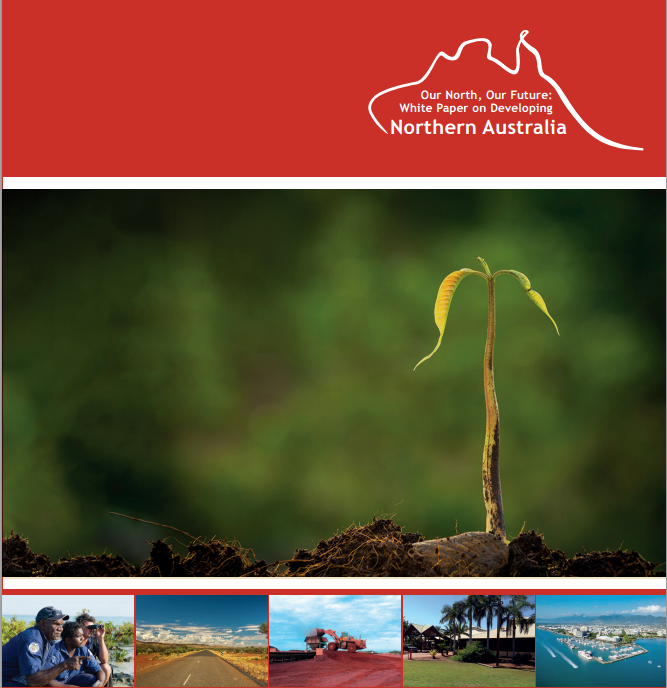 Last week was a big one for Australian policy on Pacific labour mobility, with the release of the White Paper on Developing Northern Australia, which contains a number of important reforms to the Seasonal Worker Program (SWP) and other aspects of labour mobility.

As far as the SWP (which allows Pacific Islanders to come to Australia for six months at a time to pick fruit and vegetables) is concerned, the headline announcement was that the cap on SWP numbers has been lifted. As I’ve noted in the past, since the cap has not been and is not binding, lifting it will only be important if other reforms are undertaken at the same time to boost demand.

Fortunately, some other reforms included in the White Paper will do just that.

Our research has consistently identified the key constraint to SWP expansion as the abundance of alternative sources of labour supply. Illegal labour is in widespread use in horticulture, and the incentive of a second-year working holidaymaker visa if you spend three months in your first year working on a farm funnels some 40,000 backpackers to work in horticulture every year, dwarfing the 3000-odd SWP workers. (This latter reform, introduced in 2006, has been described by one industry participant as the biggest game-changer to horticultural labour supply in recent times).

Recent media exposure might make the use of illegal labour less prevalent, but the White Paper itself is silent on the issue. Where the White Paper does make an important contribution is in relation to the backpacker visa. I and others have advocated that the second year incentive be either abolished or generalised. The latter was always going to be the more likely option, and it is the one the government has chosen.

Or at least I think it is. It’s actually quite confusing what the White Paper says, so bear with me. First of all, understand the difference between the two backpacker visa categories – 417 and 462. 417 is mainly for developed countries, and is by far the bigger, with 183,000 such visas granted in 2013-14. 462 is mainly for developing countries, and is tiny (10,000 visas in 2013-14), highly regulated, and capped. Only the 417 category has the second year incentive.

What I think the White Paper means to say is that from now on both the 417 and 462 categories will have the second-year incentive, and not only for agriculture, but also for tourism. What it in fact says is that visa 462 will definitely have this incentive for work in both sectors. It seems to suggest that 417 already has it for both, not recognising that the second-year incentive is currently only in place for agriculture (and construction and mining) but not tourism under the 417. It seems a reasonable assumption that this is simply a mistake, and that the intent is to generalise the second-year 417 visa incentive for both categories. Otherwise, why write that this decision is of benefit to seasonal agriculture and tourism?

If this is what the government means, it’s a big deal. On the one hand, there will be a few more 462-backpackers with that second year incentive to work in agriculture, but remember that there are hardly any 462-backpackers anyway. On the other, all backpackers will now be able to get a second year visa if they work in either agriculture or tourism for three months. We know that backpackers would rather work in the tourism sector. They’d rather pull beers than pick fruit. So this should reduce the massive number heading for the farms. Farmers are already complaining about this. And that should increase demand for SWP workers.

The reform only applies to Northern Australia. Unfortunately, not many employers currently using the SWP are in Northern Australia, which is defined by the government as including all of Northern Territory, and Queensland and Western Australia north of the Tropic of Capricorn. Only about one quarter of SWP Approved Employers are in that region. Probably there will be more in the future as a result of these plans.

While on backpackers, there is one other reform in the White Paper that is not so relevant for the SWP, our concern here, but which is nevertheless important, and which I can’t resist commenting on. This is the lifting of the requirement that a backpacker can only work for a single employer for six months. This won’t affect the SWP, but it is a backward step. The requirement is lifted in North Australia for the following sectors: agriculture, tourism, disability and aged care, and mining. It means that, combined with the second-year visa extension, backpackers can come to Australia to with the intention of working full-time in the one job for two years.

And second, it is opening up low-skilled temporary migration to people from rich countries. Why discriminate against the world’s poor in this way? Why favour Swedes over Vietnamese? Such discrimination was justified in the past in the name of reciprocity (we take Sweden’s backpackers, they take ours) and in the name of affordability (Swedes can afford holidays here, Vietnamese can’t), but neither justification will support this decision. In general, backpacker visas around the world do not give a two-year entitlement to work, and of course anyone can afford to work for two-years straight.

Nevertheless, this last decision (allowing two years of work for a single employer), while a retrograde step, won’t hurt the Seasonal Worker scheme. If you have two years of work to offer someone, you won’t be looking for a seasonal worker. From the perspective of the SWP, the backpacker reforms in the North Australia White Paper will reduce the incentive for backpackers to work on a farm. Combine this with the budget reform which upped the tax rate on backpacker pay to 33 cents in the dollar (by removing the tax-free threshold) and which will make any backpacker job in Australia less attractive. Fewer backpackers, and a smaller proportion working on farms: that’s got to be good news for the SWP.

This is the first in a pair of blog posts looking at recent reforms to the Seasonal Worker Program. The second, focusing on the new microstate visa, is available here.