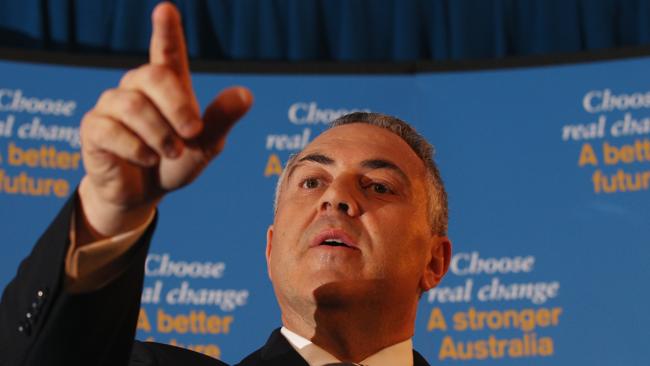 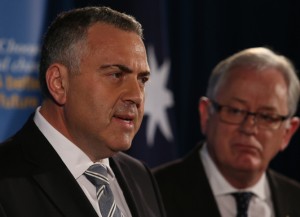 The big story emerging from Shadow treasurer Joe Hockey’s announcement of the Coalition’s costings on Thursday has been the $4.6 billion cut to foreign aid relative to this year’s budget and the forward estimates (as already discussed on this blog by Robin Davies). After a sustained period of increased expenditure on foreign aid, and a bipartisan – if rubbery – commitment from both major parties to increase the aid budget to 0.5% of gross national income (GNI), the Coalition’s decision to keep aid spending level, in real terms, over the next three years, represents a significant shift for Australia’s aid program (see this post for full financial details). It abruptly ends a phase of what aid proponents have generally viewed as steady progress, leading World Vision Australia chief executive Tim Costello to label the decision ‘truly devastating’, and the Australian Council for International Development (ACFID) to express shock and distress.

While the 11th-hour announcement of this policy shift has taken the Australia aid community by surprise, the broader trends suggesting it was a possibility had been recognised (including on these pages). The Coalition’s Policy for Foreign Affairs [pdf] – also released yesterday – clearly indicates that Australia’s foreign aid policy under a Coalition Government would follow a course already set by New Zealand, the Netherlands, Canada. The aid policies of all three have changed course recently. In each case, against a backdrop of fiscal constraint, foreign aid budgets have been significantly reduced and the self-interested motives of aid provision given greater priority. Most tellingly, these self-interested motives are being more explicitly articulated than just a few years ago.

New Zealand, it turns out, charted a course [pdf] other states have emulated. In May 2009, newly appointed Foreign Minister Murray McCully announced major changes to New Zealand aid policy; the target of the aid budget reaching 0.35% of GNI would be scrapped and the semi-autonomous NZAid was to be reintegrated into New Zealand’s Foreign Ministry. In their recent review of the historical trajectory of NZ development assistance, Banks, Murray, Overton and Scheyvens identified the two key pillars of this policy change: “a greater alignment of NZAID with New Zealand’s foreign-policy interests, and a shift away from a mission statement that centres on a discourse of ‘poverty alleviation’ to one of ‘sustainable economic development’.” New Zealand’s international development policy statement [pdf] now makes it clear that the aid programme is to focus on sustainable economic development and is expected to “make a significant contribution to broader foreign policy objectives.”

The Netherlands has made this transition most recently. Since 1975, it has maintained ODA levels above 0.7% of GNI, and usually much closer to 1.0%. A review of its aid program, ‘A World to Gain: A New Agenda for Aid, Trade and Investment’, was published in April 2013. It argued that “a different role in the world calls for a different approach” and outlined how the Netherlands would dramatically recalibrate its development assistance program, improve policy coherence and seek to create mutual benefits by combining aid and trade. As part of this reorientation, three billion euros would be wiped from its budget over the next four years to ensure that, by 2017, the Netherlands would be devoting only 0.55% of GNI to ODA.

Recent changes in Canada have been similarly dramatic, with the Canadian International Development Agency (CIDA) – independent for 45 years– being subsumed this year into the Department of Foreign Affairs to create the new Department of Foreign Affairs, Trade and Development. (The Canadian Council for International Co-operation has compiled a collection of articles on the topic here [pdf]). Explaining this decision, the Canadian Budget for 2013/14 – the ‘Economic Action Plan 2013’ [pdf] – argued that “enhanced alignment of our foreign, development, trade and commercial policies and programs will allow the Government to have greater policy coherence on priority issues and will result in greater overall impact of our efforts.” More and more, Canadian ODA is being used as a tool to pursue international commercial interests.

For each of these traditional donors, foreign aid must continue to contribute to development objectives, but is increasingly being viewed as somewhat subservient to broader foreign policy goals which emphasise creating economic opportunity. The Coalition’s policy follows this emerging formula. It explains that its foreign policy will be focused on ‘economic diplomacy’ across government. The Department of Foreign Affair and Trade will “have a clear focus on promoting the economic interests of the Australian people and Australian businesses.” The promise to consider expanding the Pacific Seasonal Worker Program, one of the few concrete measures outlined in the Policy, is congruent with this approach.

Ultimately, ‘aid for development’ proponents are fighting much more than what might be viewed as the Coalition’s political expediency. They confront a broader trend; that of traditional donors, especially when faced with budgetary pressure, deciding to reduce aid budgets and recalibrate their aid objectives away from the poverty reduction norms that have, until recently, dominated their rationales for providing aid. They are striving to keep up in an increasingly integrated world and are more conscious of demonstrating value for money. In many ways, traditional donors are starting to speak and act like emerging donors, who emphasise the mutual benefits and the cooperative nature of aid. There are benefits to this approach, but ‘aid for development’ proponents must be vigilant to ensure the poorest of the poor – cut off from the transformational power of markets – are not forgotten.

Ben Day (twitter @benjaminsday) is a PhD Candidate in the School of International, Political & Strategic Studies at ANU. He is researching how changes in the international system are effecting how traditional donors use foreign aid as an instrument of foreign policy.