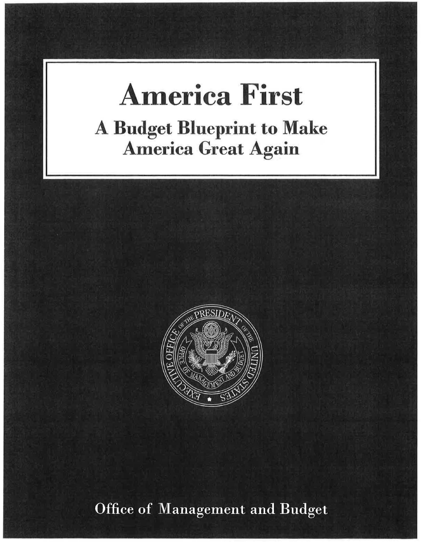 The Trump administration’s just-released 2018 budget outline proposes cuts to US foreign assistance that could reduce it by around one-third, placing the US roughly on a par with donor countries one-sixth its economic weight.

The budget outline is a blueprint, not a spreadsheet. There is scant detail on specific allocations, and interpretation is complicated by the fact that the US government, unlike most OECD governments, has no neatly defined Official Development Assistance (ODA) envelope. Nevertheless, the budget proposal adds significant information to that already provided in Trump’s 100-day plan and the draft executive order on funding for international organisations that was leaked a while back. It won’t get through Congress as is but it gives a good sense of where the battlefields will be.

The proposal makes it plain that bilateral aid would be substantially reduced but there is no telling by how much and through what process. As for multilateral aid, the document is broadly consistent in spirit with the leaked draft executive order. It says that ‘the budget seeks to reduce or end direct funding for international organisations whose missions do not substantially advance US foreign policy interests, are duplicative, or are not well-managed’. It goes beyond the draft executive order only in specifying the desired magnitude—not as great as might have been feared—of cuts in funding to multilateral development banks. It sticks with the pledge first made in Trump’s 100-day plan to ‘cancel billions in payments to U.N. climate change programs’.

More specifically, there are ten points to note about the proposal (all amounts are in US dollars):

The budget proposal emphasises fairness in international burden sharing. UN funding cuts are justified on the basis that the funding burden should be ‘shared more fairly among members’. And, across the board, ‘renewed attention is being placed on the appropriate US share of international spending’. It’s hard to imagine what the yardstick of fairness might be here. The US has a roughly $18 trillion economy. The aid cuts proposed would bring its aid volume down to the level of the next two largest donors, the UK and Germany, whose economies are in the $3 trillion ballpark. The US’s ODA/GNI ratio would fall from 0.17% to perhaps 0.11%, compared with 0.30% for the OECD as a whole.

In an earlier post linked above I said, ‘If Trump wants to remain on par with [Tony] Abbott’s ghost after his inauguration then he will need to abolish USAID and slash the US aid budget by more than 20% (over US$6 billion) while perhaps backflipping awkwardly on climate financing’. The first two of those options are well and truly alive. As for the third, maybe not—though the words ‘Trump’ and ‘backflip’ have become constant companions.