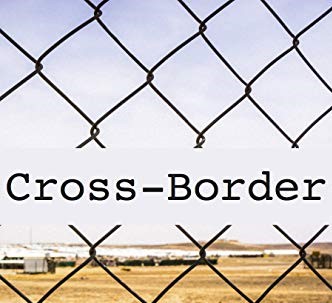 Part of the cover of 'Cross-Border' by J.

Let’s face it, planners and planning aren’t much loved in the world of aid. In The white man’s burden, William Easterly famously decried planners, who in his mind impeded the real search for development solutions. In a similar vein, Dan Honig’s empirically impressive book, Navigation by judgement, argues that aid workers are often more effective when unshackled from planning processes. And, I’ve got to admit, when I recently lost a Sunday afternoon to the procedural hoops of aid, I engaged in a lot of sulky muttering.

Planners and planning are hard to love. It’s hard to see the point of filling out forms and writing reports when there’s so much real work to be done.

There is a point though. Or at least that’s the argument made in Cross-border, the latest novel from “J.” — an aid worker, some time blogger, and author of at least earlier two books about aid (I’ve reviewed his earlier novels here and here).

As its name suggests, Cross-border spans several countries. Syria — where internally displaced people desperately need humanitarian aid. Jordan — where aid workers are housed as they try to get supplies into Syria. And Washington — where the book’s main protagonist, Larry, toils away in an NGO’s head office.

Watching over budgets and contracts, Larry is a crucial cog in the sprawling international NGO he works for. He’s also about as popular as a reporting spreadsheet. To field staff he’s a dreary impediment. To the junior staff in Washington, compared to their colleagues in the field, he’s simply dreary. To his boss he’s useful, either as someone who can solve problems, or who can take the blame for them.

Not long into Cross-border, several of the key characters — Larry’s colleagues in Jordan — find themselves between a rock and a hard place. The rock is a USAID grant to deliver much-needed supplies. The hard place is Syria. Choices are made, corners are cut, and before we know it Larry’s employer is exposed by the BBC, castigated by USAID, and investigated by the FBI for spending US money in a way that may have aided terrorists.

And so it falls to Larry and a colleague, Hannah, to travel to Jordan to try and forensically figure out what has happened and, once they have, to plan their employer away from disaster.

I can’t say I enjoyed Cross-border as much as I have J’s other books. The trajectories of Larry and Hannah are too predictable. And at times the dialogue descends into pep talks that don’t feel real and which simply restate lessons we’ve already learnt from the plot. And yet, there’s also good writing wrapped around this. The book’s written in J’s usual way: crisp, short chapters that feel like the email-driven pace of modern work. The short chapters also carry you effortlessly across the pages. I traveled from cover to cover with about half the effort it takes to read most journal articles. There are some beautiful descriptions, amusing minor characters, and telling traits. Larry’s inability to find the right words in combative office meetings will be something many readers can relate to.

Most importantly, J’s underlying argument, that a lot of aid work’s tedious planning is there for a good reason, or at the very worst is simply inescapable, is well worth making. Unless we magically find ourselves in a world where humanitarian emergencies cease to be complex, and often tangled up in conflict, or unless aid donors miraculously no longer have to worry about scandals, planning is going to be an integral part of the job. And even if those transformations were to happen, well-planned aid work would still be desirable, because after all’s said and done, it’s actually more efficient.

Of course, there is such a thing as too much planning. And the world of aid is blighted by unneeded rules, forms and preoccupations. But if we at least accept there’s an important role for the dreary slog of planning in aid work, we can also do a better job of trying to separate the necessary from the superfluous.

It’s novel for a novel to sing the praises of planners. But its great that someone’s tried to, even if the book isn’t perfect. It’s very readable, and it’s an important conversation starter. As for me, I have a spreadsheet to return to.

(You can buy the Kindle version of Cross-border from Amazon here.)