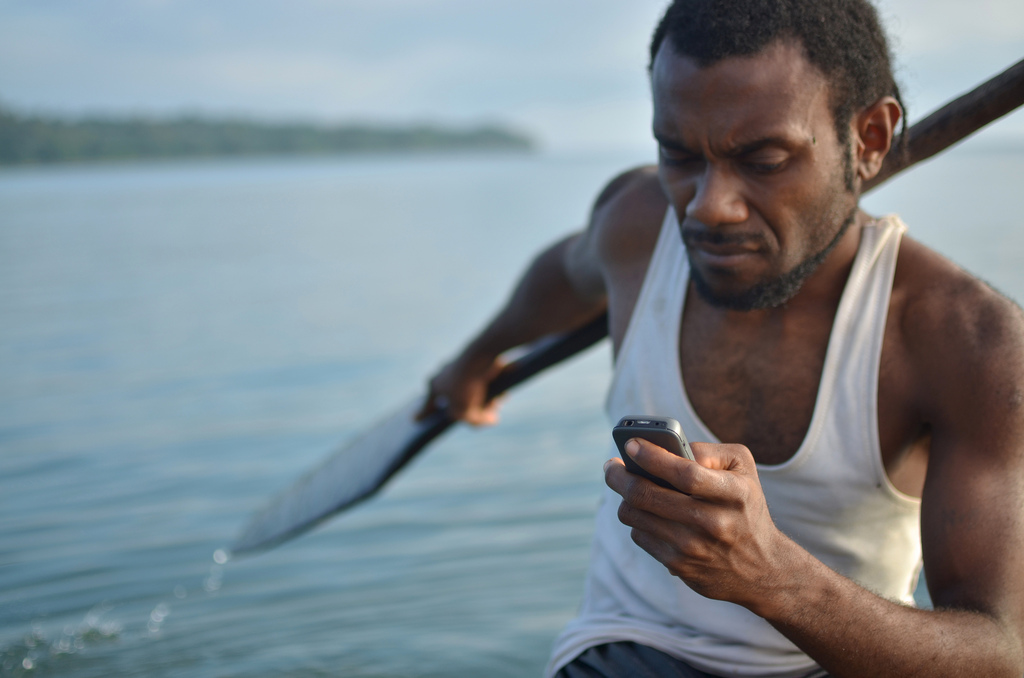 Just over a month ago, political responsibility for AusAID was separated from the Foreign Affairs and Trade portfolio and elevated to ministerial level with the appointment of Fremantle MP, Melissa Parke, as Minister for International Development. This is a step towards high-level ministerial attention to Australia’s aid program, as recommended by the 2011 Independent Review of Aid Effectiveness. It also follows the lead of other major donor countries, almost all of whom have appointed a minister or secretary exclusively to the portfolio.

As Joel Negin commented on this blog just prior to the announcement, the absence of ministerial-level scrutiny and the speed with which AusAID’s budget has expanded over the past decade has resulted in a dearth of strategic thinking in emerging policy areas and a trend of “me-tooism” – especially with projects managed by the UK’s Department for International Development (DFID).

One area where a whole-of-agency strategy has been notably absent is AusAID’s response to the ‘digital revolution’ sweeping the Asia Pacific and the globe, led by a new generation of video and web-enabled mobile devices. With the elevation of the international development portfolio to ministerial level comes a unique opportunity to redress this lack of attention to the changing information and communication technology (ICT) context of our region, by progressing a strategy for deeper integration of technology tools across Australia’s aid program.

Access to basic and web-enabled mobile phones have become ubiquitous in almost every developing nation on Earth. Within the Asia Pacific, significant advances in accessibility and cost have been made over the past five years, especially in the Pacific where reforms to telecommunications sectors have resulted in the entry of new operators such as Digicel and the rapid reduction of call, text and more recently data usage charges.

Whilst there is still a long way to go to reach anything near universal access, the advent of cheap, accessible communication devices is certainly transforming the way people communicate, engage in the market and pressure political actors.

As Danielle Cave’s 2012 Lowy Institute discussion paper highlighted, countries across the Pacific are experiencing a wide range of social, political and economic impacts of this increased access to mobile communication devices. Field-based research from the Pacific Institute for Public Policy (PIPP) provides further fascinating insights into some of these impacts in Vanuatu, as does Sarah Logan’s work on digital politics in Papua New Guinea (PNG) and Dan McGarry’s more cautious analysis of the Pacific’s ‘digital revolution’. So what does this changing information environment imply for donors and their partners?

Firstly, as donors such as AusAID focus on aid effectiveness, the use of mobile devices becomes a compelling tool for monitoring and evaluation (M&E) and measuring impact, particularly for key sectoral priorities like health and education. Data collection, sampling and management can be hugely simplified using crowdsourcing platforms such as FrontlineSMS and mapping tools like Ushahidi – both of which have had colourful histories of successful deployments in some of the toughest contexts on Earth including during Kenya’s electoral violence in 2007/8 and Haiti’s 2010 earthquake.

In our own neighborhood, FrontlineSMS has been deployed in health projects alongside the SMS news system Info Obat Murah in Indonesia to significantly improve diagnosis, inform rural patients of appropriate treatments and conduct rapid assessments of rural health infrastructure and medical centre needs. It has also been used in an AusAID-sponsored project to distribute lesson plans via SMS to teachers in PNG’s rural Madang and Simbu provinces.

Methods of monitoring and evaluation, and the nature of project information flows, have evolved considerably as a result of these tools, as DFIDs Research4Development Unit has shown. Yet Australia’s aid program has been slow to respond on a formal or coherent basis to new impact evaluation, project management and data collection approaches across sectors, especially depending on individual country communication environments.

The emergence of mobile banking in the Asia Pacific region also provides an effective and reliable tool to improve incomes, employment and enterprise opportunities. Having transformed financial sectors and household risk management in East Africa – around 70% of Kenya’s transactions now occur via the mobile banking app mPESA – mBanking is now gaining traction in the Pacific with the Bank of the South Pacific’s (BSP) launch of it’s own platform in 2011, which recorded 6.8 million transactions in it’s first year of operation alone.

AusAID has seen some success with mBanking, with the agency supporting a number of initiatives aimed at financial inclusion including a partnership with the GSMA mWomen Program. AusAID, along with the World Bank, has also been a strong supporter of institutional reform and training to facilitate mBanking across the region. For instance, an mBanking initiative in Gerehu Market, Port Moresby, supported by AusAID and implemented by the UN Women’s ‘Safe Cities for Women and Girls’ programme, is helping to simplify transactions and reduce the amount of cash female vendors need to carry on their person on market days.

AusAID-sponsored research on conditional cash-transfers to low-income households in Indonesia suggests that mBanking can play a broader role than this in poverty alleviation strategies – especially for the otherwise unbanked. Given these experiences, greater effort needs to be channeled to ensure mBanking tools are deployed where appropriate throughout country or sector-specific programs – for instance to transfer reconstruction funds to households after disasters, or to distribute agricultural assistance directly to farmers in rural communities of the Pacific.

Mobile devices have also become an important tool in donor-supported social mobilisation, a political accountability approach that has proved successful in India, Brazil and South Africa, whereby citizens are provided with information about poor service delivery and mechanisms to pressure political actors to improve outcomes. The technique was deployed without the inclusion of technology tools in a health project in Uganda, and saw noticeable improvements in infant mortality outcomes within the relevant communities when it was deployed as part of development project in Uganda. As Stephen Howes has noted, it was later enlisted by AusAID without the integration of communication tools for the PNG Basic Education Project between 2004 and 2010 – though the evaluation results were not released.

With the advent of web-enabled mobiles and increasing access to the internet, large-scale social mobilisation has become substantially easier. Recent examples of technology-enhanced social mobilisation (albeit without the direct involvement of donors) have prompted India’s political elite to pass comprehensive new anti-rape legislation and compelled the Brazilian President to make $23 billion in new public service commitments and double-down on anti-corruption initiatives in the run-up to the 2014 World Cup in Rio.

Australia and many of it’s development partners have recently committed to greater transparency in budgeting and information access through programs such as the Open Government Partnership. In this context, a greater focus on what role, if any, communication and mobilisation tools should play in improving service delivery, government responsiveness and public accountability through citizen mobilisation is sorely needed.

Leading in technology for development

Australia has shown solid leadership on some aspects of the technology for development (T4D) policy, in particular mBanking, across the Pacific. However, AusAID appears timid when compared with DFID and USAID, both of whom have had coalesced ICT strategies, knowledge diffusion initiatives, private sector partnerships and supportive innovation labs focused on various aspects of communications and technology for almost a decade. With the elevation of international development to the ministry, there is an opportunity to raise the profile of technology for development within AusAID by analysing the changing regional information environment, learning lessons from other donors and developing a strategy specific to our own operating contexts. In addition to boosting aid effectiveness, such an approach would ensure that Australia’s work in this area meets our own priorities, rather than just those of USAID or DFID.

The Development Policy Centre hosted an panel discussion on ICT for development in July. More details are available here. You can listen to the podcast here.

Gerard McCarthy is Director (Asia Pacific) at TechChange: The Institute for Technology and Social Change. Since 2011 he has taught over 150 civil society activists, development workers and policy makers from across the region online and in face-to-face workshops about the role of technology tools for development, citizen engagement and open government. He tweets at @gerardtmccarthy.

Gerard McCarthy is Director (Asia Pacific) at TechChange: The Institute for Technology and Social Change. Since 2011 he has taught over 150 civil society activists, development workers and policy makers from across the region online and in face-to-face workshops about the role of technology tools for development, citizen engagement and open government. He tweets at @gerardtmccarthy.