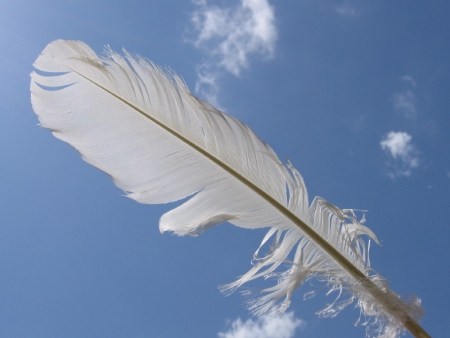 In this post for the Aid Open Forum, Peter McCawley looks at the latest Annual Review of Development Effectiveness. How well is AusAID performing?

One of the welcome developments in Australia’s foreign aid program in recent years has been the regular preparation by AusAID of an Annual Review of Development Effectiveness (ARDE).  The most recent review, for 2009, was released just a few days ago.

Two main things are worth noting about the latest ARDE.

The first is that one hopes that the regular production of the ARDE will perhaps go some way towards answering the traditional bureaucratic complaints about the quality of Australia’s aid program from the regulatory government departments in Canberra.  The Treasury, especially, has often grumbled in the past that AusAID does not devote enough resources to evaluation.  And perhaps Treasury could take a lead from AusAID?  Now that AusAID has shown the way, the Treasury itself could establish its own internal evaluation department and start producing good reviews of its own activities!

The second thing worth noting is that the latest ARDE lists out five key findings about Australian aid programs in recent years. Each of these findings is worth some consideration.

Well, perhaps. It’s a nice idea in theory. But whether it is really a good idea in practice is less clear.

I was a member of the Jackson Committee which reviewed the Australian aid program in 1983-84.  At that time, the Australian aid program was much more important to PNG than it is now.  Several of us from the Jackson Committee visited Port Moresby for a restrained policy discussion (and certainly not a “robust” dialogue) while preparing the Jackson review. There was, as a matter of fact, no chance of even a restrained policy discussion with our PNG colleagues because they were quite abrupt with us. The last thing they were interested in was a “robust policy dialogue about development priorities” that the ARDE proposes.

The second finding is that “coordinated whole-of-government strategies” are needed within the aid program to engage with partners in nearby countries.

This approach, too, sounds like a good idea. And indeed, it probably is. But we need to consider what it means. The implication of this approach, for example, is that when AusAID is working with the Australian Federal Police (AFP) in a nearby country (say Indonesia), then AusAID must formulate programs in close cooperation with the AFP.  Within limits, this is fine. But the limits are that almost all Australian government agencies (such as the AFP) are expected, as a matter of course, to promote Australia’s interests and not necessarily the interests of partner countries. There can therefore be no guarantee that most Australian government agencies working in developing countries will have the appropriate skills or interests to focus on local needs in the developing countries.

The third finding is that public sector and governance reforms require a deliberate strategy that links them to better service delivery.

This is certainly true.  However, the finding is couched in such vague terms that it is hard to know what it means.  The more detailed explanation of the ideas underpinning this approach refers, helpfully, to the need for aid agencies to broaden the traditional methods of aid delivery away from focusing on national governments towards other actors in civil society.  But while this suggestion is certainly a good idea, the implementation of this approach would call for quite sweeping reforms in the way that traditional aid is delivered by most western donor agencies.

An example of the sort of change that might be implied, for example, is greater reliance on the use of cash-based forms of assistance after disasters.  In fact, in the recent book that Sisira Jayasuriya and I have written on tsunami aid programs in Asia, we recommend greater reliance on cash-based forms of aid.  But generally, aid agencies are not keen on this sort of thing.  They prefer to retain tight controls over the purse strings when they design aid programs, even for the provision of humanitarian aid when speed is called for.

The fourth finding (which is so tactfully worded that it is hard to understand what is intended) is that that there is “a need for programs to find a balance between protecting public funds and supporting partners to develop better governance.”

What this really means is that not far below the policy surface there are sharp disagreements within the aid community as to the way in which aid monies should be spent.  Traditionalists within aid agencies like to spend aid in ways that are tightly controlled from headquarters.  The ARDE is gently critical of this approach (and thrashes it with a feather) noting (p. 59) that traditional ways of spending aid “appear to be based on assumptions, and opportunism and a desire for activities seen as low risk and manageable rather than on sound analysis … Developmental risks, such as failing to improve human development outcomes, are rarely considered.”

The final finding in the ARDE is the recommendation that Australia should do more to support the monitoring and evaluation (M&E) systems of partner developing countries.

On the face of it, this is surely a good idea.  There is no doubt that the M&E systems in countries such as Timor Leste are weak.  But the risk is that an approach of designing the odd aid project to strengthen M&E systems misses the bigger problem.  The main problem in key nearby developing countries in the region is that the entire government sector is very weak – much weaker than is generally recognised.  Arguably, the Australian aid program should focus squarely on the overall challenge of strengthening weak governments rather than tiptoeing around the elephant sitting in the room.

Peter McCawley is a Visiting Fellow in the Arndt-Corden Department of Economics, ANU, as well as a Research Associate in the Development Policy Centre in the Crawford School.  He is formerly Dean, Asian Development Bank Institute, Tokyo, and Deputy Director General, AusAID, Canberra.