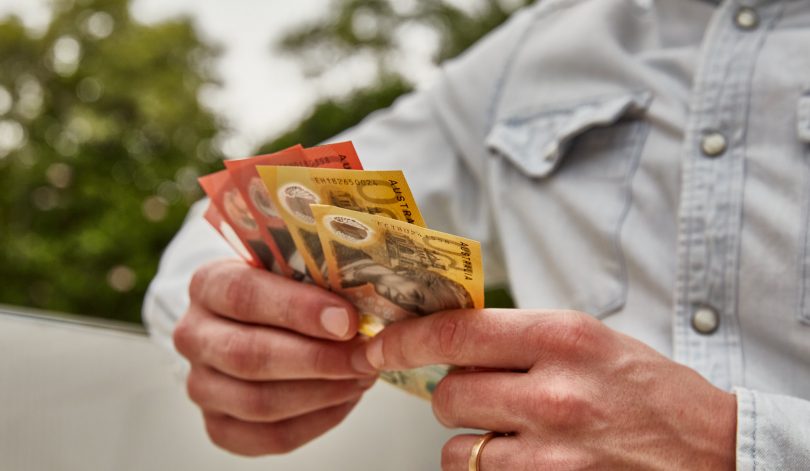 Last month, the World Bank Group’s International Development Association (IDA) released the details of its latest replenishment, its twentieth, which raised a record USD93 billion. The funding will provide much-needed financing resources in the form of grants and highly concessional loans to the world’s poorest and most vulnerable countries, covering the period from July 2022 to June 2025.

IDA usually replenishes its funding every three years. The latest replenishment was brought forward by a year due to the greater funding needs associated with the COVID-19 pandemic.

On face value, IDA20 raised more than IDA19: USD93 billion versus USD82 billion. However, USD11 billion of this is left over from IDA19 (cut short because IDA20 was brought forward), so it is more accurate to think of IDA20 and IDA19 as raising about the same. However, bringing forward the replenishment has itself increased IDA funding, since it has brought forward donor contributions by a year.

While replenishments have consistently increased over time, as Figure 1 shows, donor contributions to IDA have declined or stagnated from IDA15, more than a decade ago. Emerging donors have increased their share of contributions, from 2% in IDA15 to 11% in IDA20, mainly due to a massive increase in support from China over the period. 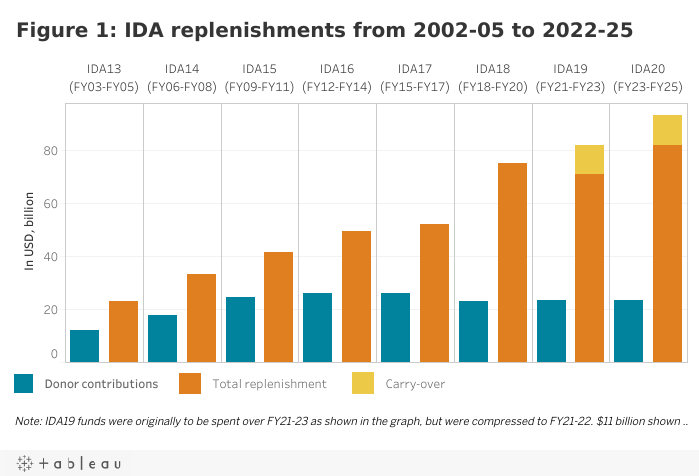 Overall, we’d say that Australia’s contribution is unchanged between the two IDA rounds, a verdict supported by the fact that its ‘burden share’ – contribution to planned total replenishment – is unchanged at 1.08%: this is unlikely to be a coincidence.

Being the 18th most important donor is significantly below where we have been placed over the last two decades; it also sits poorly with Australia’s status as the world’s 9th largest OECD economy. 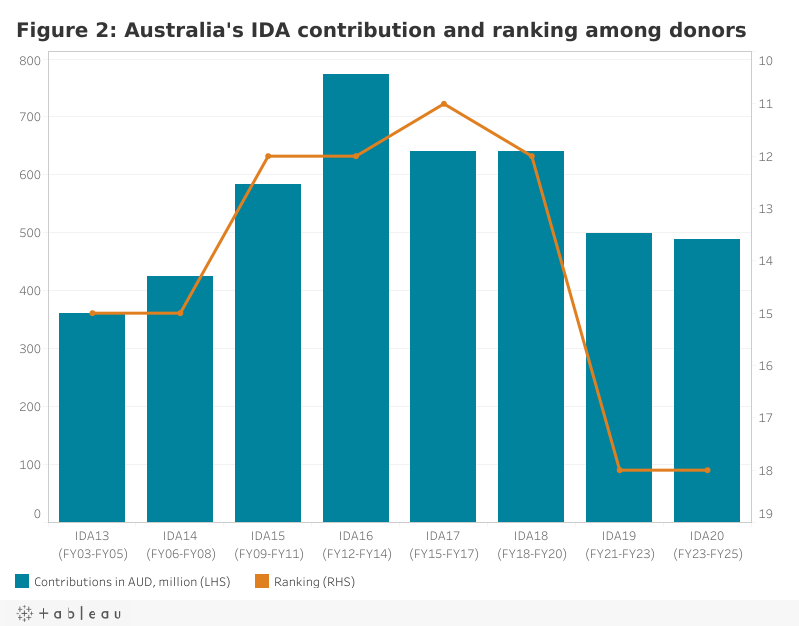 Over the years, Australia has successfully advocated for more resources to be allocated to the Pacific. Nine Pacific countries as well as Timor-Leste qualify for IDA financing as small economies, despite exceeding IDA’s income threshold (GNI per capita at USD1,205): the latest Pacific country to become eligible was the upper middle income country of Fiji (added in FY2020). The IDA18 round increased the minimum a country is entitled to be allocated, from around USD5 million to USD21.4 million a year. The most favourable lending terms are also made available to small economies.

As Figure 3 shows, overall commitments from IDA to the Pacific have significantly increased over time. The Pacific’s share of total IDA commitments has tripled from an average of 0.51% in IDA15 (FY09 to FY11) to 1.58% in IDA18 (FY18 to FY20). 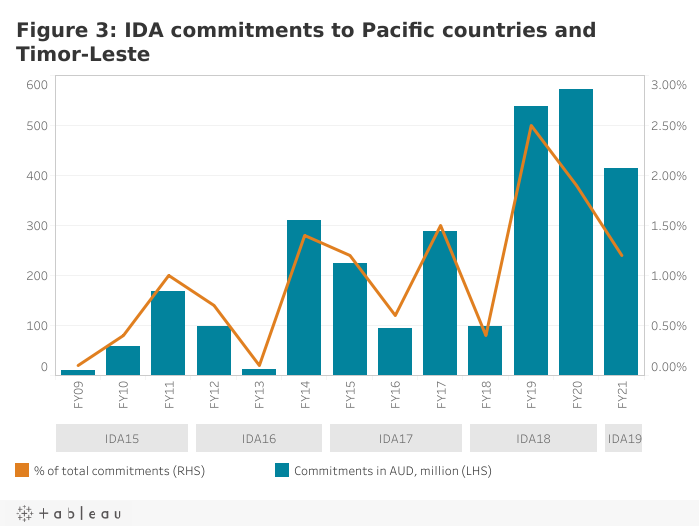 DFAT’s World Bank page says that “[IDA] is closely aligned with Australia’s aid program priorities” and “IDA20 will deliver strong allocations for the Indo-Pacific.” Not close or strong enough for Australia to make a contribution commensurate with our size.

For coverage of earlier IDA replenishment cycles, read our previous blogs on the subject and see the Australian Aid Tracker.