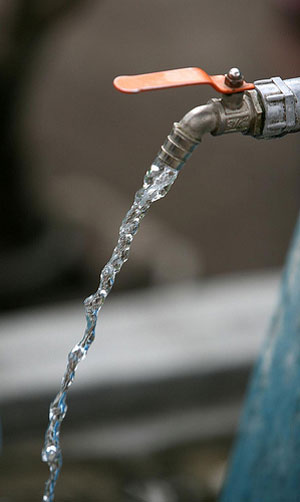 The Independent Review of Aid Effectiveness called for the Australian government to put particular focus on a small number of flagships – and listed fragile states as a candidate flagship.  Indeed, the review noted that in 2010-11, over 50% of Australia’s aid was spent in fragile states, higher than any OECD donor except the United States.  Despite this emphasis, little attention has been given to how effective AusAID is in engaging in the inherently challenging situation that is aid to fragile states.  Here I examine the case of Australia’s aid activities in Zimbabwe.

The Aid Review and the government’s response suggests that Australia focus on fragile states, helping poor people, working through partners and responding to crises.  The Zimbabwe program demonstrates the feasibility of effective action across all those areas. There has been significant critique of the way AusAID operates in some parts of the world but it is important to highlight the positive stories as well.  As I found in the background report on Africa[pdf] which I was commissioned to co-author for the Independent Review, while parts of the Africa program have been disjointed and piecemeal, the Zimbabwe program demonstrates the impact of a focused and well-funded strategy even in a difficult and fluid environment.

After a decade of disastrous economic management, the 2008 Zimbabwe election that promised so much triggered tremendous violence and hyperinflation never before seen.  Robert Mugabe’s ZANU-PF tightened its grip on power despite the outcome of the election.  The unity government bringing together ZANU-PF and the Movement for Democratic Change came into power in February 2009 and has limped through to today.  The economy has started to recover from the decade-long crisis with real GDP estimated to have grown 10% in 2010 and 5.7% in 2009.  Inflation has stabilised with the adoption of the US dollar in 2009.  That being said, the elections to be held in 2012 have the potential to return Zimbabwe to a state of uncertainty and possibly widespread political violence.  This uncertainty and the need to work with a range of government partners makes deep engagement by committed, savvy development partners including Australia all the more important to continue to support the transition to a more stable political, social and economic environment.

Australia has a substantial aid program in Zimbabwe, making it one of the largest AusAID contributions to Africa.  This funding – more than A$35 million in 2009-10 – places Australia as the fourth largest donor in Zimbabwe after the United States, United Kingdom and the European Union.  AusAID also has staff – initially one but now three – based in the Harare Embassy who manage the program full-time.

Australia’s program in Zimbabwe is tightly focused on water and sanitation – where Australia is the sector leader – and food security – where Australia plays a significant role in policy discussions.  These are two areas of significant vulnerability in Zimbabwe that are seen as priorities by the government and community and that were not being addressed by other donors.  In those sectors in particular, Australia has strong influence among development partners and works closely with reformist elements of the government.

Despite the presence of in-country staff and the position of sector lead, all of Australia’s aid activities in Zimbabwe are delivered through partnerships with a range of organisations including the African Development Bank, UNICEF, the German aid agency and WorldVision in water programming and DFID, NGOs and the Australian Enterprise Challenge Fund (AECF) in food security.  In addition to these focused sector engagements, AusAID has also made targeted investments in education and health programs managed through other development partners such as UNICEF.  Australia was one of the first funders of the multi-donor UNICEF education fund – that opened the door that created a 14-donor program.

The Australian program in Zimbabwe is widely seen by Zimbabwe-based development partners and by the Zimbabwean government as successful and impactful despite being conducted in a fluid political environment with significant uncertainty.  Key services are being delivered, water systems are being improved and agricultural sustainability is being built.  Australian-funded programs have found a way to work within constraints to improve services to those in need.   While some donors continue to only support humanitarian activities, Australia has moved firmly into supporting Zimbabwe’s transition with a focus on development and growth with a firm eye on the future.

The success of the program is partly due to strong high-level Australian political support and resourcing on the ground (both funding and staffing) and partly due to the scope provided (due to political support and resourcing) to the program to be ambitious, innovative, flexible and catalytic.  The team on the ground was given the ability to adapt to the ever-changing landscape, to work dynamically with partners and to make decisions as needs arose.  Another key to success has been the strong relationships have been developed with program partners.  Collaborators in country stated that Australia was “not bogged down in dogma,” demonstrated “belief in collective action,” and contributed meaningfully to policy dialogue.

Largely due to that focus and the substantial, targeted funding, people I interviewed agreed that Australia was “punching above its weight.”  One complemented AusAID’s focus on water and food security – areas of technical need – and suggested that Australia had “picked things that aren’t so sexy… but have huge impact.”

Despite the progress and achievements, the Zimbabwe program continues to contain significant risk due to the ongoing fragility of the country’s recovery.  But Zimbabwe also represents a significant opportunity for Australia and the wider aid community.  While there are undoubtedly risks involved in the engagement, the majority of commentators believe that Zimbabwe has all the foundations needed for a quick turnaround.  There is a hard-working educated populace, great farming land and significant natural resources.  There is also a set of business-minded entrepreneurs ready to engage as soon as a more stable environment appears.  Importantly, development partners to whom I spoke believed that through targeted support, “we can be out of here in 10 years.”

As a model for working in fragile states, in many ways, the Zimbabwe program represents a model of engagement with regard to depth, flexibility, partnership, tight sector focus, and working through multi-donor mechanisms, NGOs and established partners while maintaining a prominent seat at the table for policy dialogue and visibility.  AusAID should heed the lessons from Zimbabwe to inform the Africa program and global efforts in fragile states.

Joel Negin is Senior Lecturer in International Public Health at the University of Sydney.  He is co-author of a study on Australian aid to Africa[pdf] commissioned as part of the Review on Aid Effectiveness.