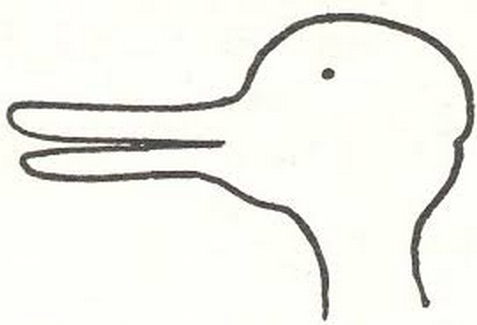 It’s too much to hope that a minister might say, ‘Today I announce a policy that differs ever so slightly from that of my political opponents’. But for the government to describe its aid policy framework, released on 18 June 2014, as a ‘new paradigm’ was not so much hyperbole as a category mistake. The framework involves no Copernican paradigm-shifting; it belongs in the opposite category as a piece of ‘normal science’.

The new policy framework does echo quite a lot of what Sir Richard Feachem said in his recent call [pdf] for a new aid paradigm. He talked, for example, about aid-for-trade and public-private partnerships. However, he also cautioned against excessive bilateralism and stressed the centrality of regional and global public goods (‘things that can elicit collective commitment, collective financing, and collective action’). It’s unlikely the new framework will effect any change so discombobulating as to answer his call.

Rhetoric aside, the government’s aid policy statement is most notable for its continuity with the policies of governments past, of both stripes, and it is this fact which has drawn the most comment so far (for example, in this reaction from my colleague Stephen Howes). It turns out that the government got the big discontinuities—aid volume and administration—out of the way in advance, then reverted to business as usual. There are, certainly, variations on some themes, including economic development, the role of the private sector in development, environmental sustainability, research and innovation, performance-based resource allocation and reciprocity in bilateral aid partnerships. These will be discussed in several subsequent posts. The present post is about the continuities.

Labor’s aid policies from 2007 to 2013 were of a piece with those of the Howard government. In its turn, the Coalition government elected in 2013 proceeded to give a striking number of ticks to aid initiatives of its political opponents in the six months leading up to the 2014 aid policy launch. In various speeches during that period the Minister for Foreign Affairs, Julie Bishop, referred approvingly to the Cao Lanh bridge, the partnership between Carnival Cruises and AusAID-now-DFAT, the trilateral development cooperation partnership between Australia and China in Papua New Guinea, the Ambassador for Women and Girls, the Philippines Public-Private Partnership Centre, compact-based bilateral aid partnerships (à la the Pacific Partnerships for Development), the multilateral assessment process and funding for the International Finance Facility for Immunisation. In addition, much of what Ms Bishop said and continues to say about business engagement is consistent with the policy line Labor was already taking on it after the 2011 Independent Review of Aid Effectiveness, though this is one area where practice might be different.

Where we give aid

The commitment to spend at least 90 per cent of Australia’s bilateral and regional aid in the Indo-Pacific, wherever exactly that might be, is no big shift. Assume the Indo-Pacific is the same thing as the Asia-Pacific, and therefore comprises three of the five regions that figure in Australia’s aid budget documentation, namely the Pacific, East Asia, and South and West Asia. Under the previous government, the share of aid allocated to the Indo-Pacific stood at 87 per cent in 2012-13. That government’s Comprehensive Aid Policy Framework would have seen this share fall only slightly, to 86 per cent, by 2015-16. As for the present government, if the boundaries of the Indo-Pacific are as assumed, the 2014-15 budget allocates 94 per cent of bilateral and regional aid to this region, which as it happens is exactly what the Howard government did in its final budget. (If the boundaries are not as assumed, they are likely even broader, taking in some countries of eastern Africa.) In other words, the government could actually expand aid to Africa, or for that matter Central Asia, consistently with its commitment.

Why we give aid

The government’s tired-sounding official objective for the aid program—‘to promote Australia’s national interests by contributing to sustainable economic growth and poverty reduction’—was settled a while ago and didn’t rate a mention during Ms Bishop’s Press Club launch of the aid policy. The reality is that the aid program still has no credible objective. This is a less fortunate item of continuity between this and the previous government’s aid policy. A credible overarching objective, or concise statement of rationale, would be one that articulated the fundamental sentiments underlying the allocation of public finance to purposes overseas (notwithstanding that the Hollway review thought sentiments should be kept out of it). Admittedly, that used to be easier than it is now. Poverty is scarcer, and now mostly found in middle-income countries or else countries inhospitable to aid effectiveness, and is sometimes an effect or even cause of regional and global problems.

While the formulation of an objective might be harder now, it is no less necessary and arguably even more so. Why do we give so much aid to Indonesia, a G20 country? There might well be no convincing answer to that question but the answer is not that we have an ungrounded desire to improve its health indicators or repair its rural roads. The answer has to be framed in terms of our reasons for giving aid. For example (and not in slogan language), we consider it morally required to promote a convergence of living standards, and we seek to do this by helping poorer countries put in place good public policy and contribute to, or benefit from, solutions to global problems. Whatever reasons one might prefer, at present our aid program lacks them. No amount of juggling with the placement and linking of the phrases ’national interest’ and ‘poverty reduction’ will explain why we are spending a still-sizeable amount of money in a fast-growing region.

The policy itself tells us, in pleasingly alliterative language, that the aid program ‘projects and protects Australia’s broader interests in the Indo-Pacific region’. Read in one way, there’s nothing to dislike about this. Filters are needed to allocate finite resources, and if we have a vested interest in the outcomes of our investments, we will presumably make better investment decisions. But a filter is not a rationale, and does not motivate anyone—neither those who administer the program, nor those who implement it, nor those who pay for it.

With a commendable lack of ambiguity, the policy states the following.

Australia’s aid program has been untied since 2006, meaning that there are no nationality or residency restrictions for delivery partners. Untying Australian aid is consistent with the Government’s commitment to openness in trade and competition. Untied aid is an important way to ensure activities deliver value for money, are cost-effective and use the best globally available expertise.

Hooray. The government is now visibly in step with the head of the Department of Foreign Affairs and Trade, Peter Varghese, who has been saying the above from a slender bough for a while. This scotches the suggestion of a shift toward tied aid, in relation at least to food aid, which was recently asserted by Liberal MP Dr Sharman Stone. And it represents an item of particularly long-term continuity, since it was the Howard government that progressively untied aid procurement, finishing the job in 2006.

Aid transparency. Labor’s Transparency Charter has not been revived—and there is no reason why it should not have been—but most of the right things have been said. For example, Australia’s commitment to the International Aid Transparency Initiative (IATI) has been reaffirmed. And, in the end, the 2014-15 Blue Book, which is the annual ministerial statement on overseas aid, did sheepishly appear, albeit pruned of front matter to avoid the impression that it is actually the Blue Book. What remains unclear is the extent to which project-level information, including design, review and evaluation documents, will be made available from now on. IATI does not house such information and the government has chosen not to establish any performance benchmark for itself in relation to document disclosure (except perhaps, ‘we will abide by the Freedom of Information Act’). This is something to watch. We might be seeing continuity, or we might be seeing a cautious retreat from it.

Extractive industries. This is perhaps to draw a longer bow. One can find references in the new aid policy to the importance of ensuring transparency and accountability in the use of revenues from resource extraction activities. There is, however, a continuing and incomprehensible unwillingness to endorse or mention Labor’s Mining for Development Initiative, or even utter the word mining. By contrast, agriculture, fisheries and water management are accorded great prominence as things that Australia knows about. Most likely the government will get around to owning the mining for development initiative, or at least its component parts, when a little more time has passed.

Humanitarian assistance. The 30 per cent increase in funding for humanitarian assistance, including emergency response, sounds large but in fact returns funding to just below the amount allocated by the previous government in its last budget. This corrects a misjudged cut.

Gender equality. In general, the prominent emphasis on the empowerment of women and girls—now a ‘core priority’—might not lead to dramatic shifts in resource allocation. However, Labor’s Pacific Women Shaping Pacific Development Program, which had been viewed with some scepticism by the Coalition in opposition, has now received its most explicit endorsement. Most importantly, its funding allocation ($320 million over 10 years) has been confirmed.

Not everything is same-old. There are, as noted at the outset, variations on the former government’s themes, and indeed on themes of the Howard government, in quite a few areas. None of the variations is really major, or seems so at present. But, over time, the degrees of variance might well grow, either for better or worse. Further posts will discuss these areas of variance, grouped under several headings: economic development and private sector engagement, risk and innovation, and performance-based aid allocation. Overall, though, past experience would suggest that the aid baton tends to pass from one side of politics to the other relatively smoothly in Australia, and that policies which are ill-considered, such as last year’s unnecessarily disruptive change in aid administration, cause wobbles rather than crashes.

Robin Davies is Associate Director of the Development Policy Centre. This is the first in a six-part series of blogs examining the new aid policy, collected here.