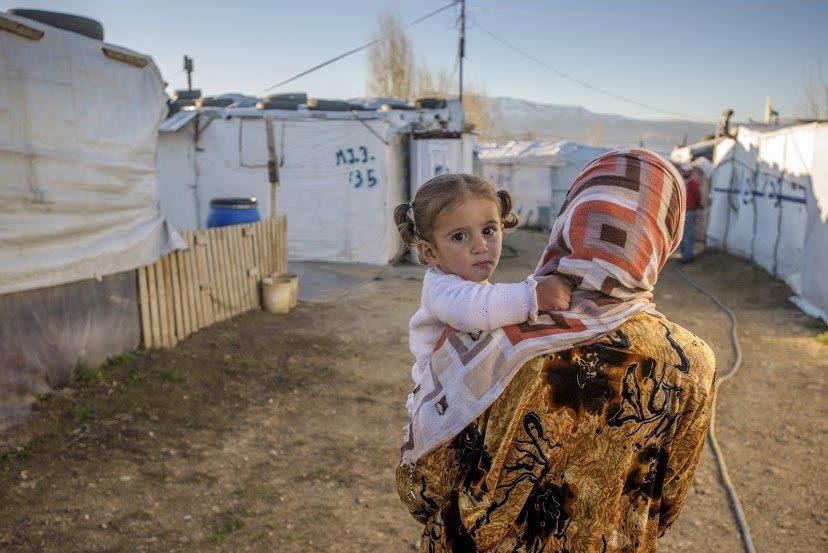 In February this year at an international donor conference for the Syria crisis in London, Australia’s Foreign Minister, Julie Bishop, spoke of Syria being a shattered nation in need of rebuilding.

To mark five years of the crisis, World Vision released a report, Cost of Conflict for Children – Five Years of the Syrian Crisis, which supports this assertion in economic terms. The report was written in collaboration with Frontier Economics and aims to demonstrate just what the Foreign Minister alluded to in London: the cost of conflict for Syria in economic terms is massive and it will require significant investment to rebuild the economy to what it was pre-conflict.

Pre-conflict, Syria’s economic performance was relatively strong, with real GDP growth of five per cent. The report shows that the cumulative impact of the conflict for Syria to the end of 2015 was USD 275 billion. In AUD this is just over 370 billion and the losses refer to lost GDP and lost growth opportunities. Over the past five years, manufacturing and electricity generation, key drivers of economic growth, have been reduced by two-thirds. Wheat production has halved. GDP per capita is around half of what it was.

In a best-case scenario, where the conflict ends this year, the report finds that the cost will still rise to between USD 450 and USD 690 billion just by adding another year of negative growth to the embattled economy. Recovery to non-conflict level growth would take at a minimum 10 to 15 years.

If conflict persists until 2020, the report estimates the cost will reach USD 1.3 trillion – five times the cost of the first five years of this crisis. In that pessimistic scenario, Syria would not recover to pre-conflict growth levels until 2035 at the earliest.

The findings of the report quantify what we intuitively already know: conflict is outrageously expensive for the growth of an economy, particularly – according to the World Bank – for a lower middle income country like Syria was. In the absence of a peaceful solution to the crisis, the massive economic expense is progressively weakening Syria and degrading the future for its children, something World Vision is particularly concerned about as a child-focused humanitarian and development agency.

Unsurprisingly, the impact of the crisis on children is appalling and the numbers affected are huge, unfathomable almost. The report cites that more than two million children are growing up as refugees; more than two million children under the age of five are malnourished or at risk of malnutrition; fewer than half of Syria’s school-age refugee children are accessing education, while 52 per cent – or more than 700,000 children – are not attending school at all. Collectively, Syria’s children have lost 24.5 million years of schooling. Conservative estimates suggest that more 11,000 children have been killed in the conflict.

The Foreign Minister’s recent address in London highlighted the immediate need to find a peaceful solution to the conflict – by all warring parties – to stop the killing. This report recommends that stopping the killing is imperative to protect civilians, particularly children, at most risk in this horrendous conflict. It also recommends this to stop the outrageous economic costs to those Syrians who survive the conflict and want to rebuild their nation.

Encouragingly, the Foreign Minister, in the same address in London, announced support for Lebanon and Jordan, both countries that are experiencing direct effects of the ongoing conflict. Both are hosting extraordinary numbers of refugees and their GDPs are suffering as well. The report also looked at these economic effects of the Syria crisis on Turkey, Jordan and Lebanon and finds that GDP growth rates in Lebanon and Jordan have been negatively impacted by the sheer scale of people seeking protection in those countries in such a short time.

According to official UN estimates,Lebanon is now hosting more than one million refugees – one-fifth of its population – though the true figure is likely to be higher. This is the equivalent of Australia receiving 4.6 million refugees over five years – an increase of almost 20 per cent of our population to almost 30 million people, and over a 90 per cent increase in Australia’s current refugee intake. Our services, including education and health, would buckle under that pressure, as Lebanon’s have. According to the Report, Lebanon’s real GDP per capita is now nearly 23 per cent lower than it would have been without the population influx.

More optimistically, the report finds that the economic effects on Turkey – at the centre of controversial European Union hopes to stem the flow of refugees into Europe – have been moderately positive. This finding is consistent with literature on the impact of refugees on economies of wealthier host countries.

The Foreign Minister’s announcement, in her recent London address, of a multi-year assistance package for Lebanon and Jordan as well as the deployment of 10 Australian Civilian Corps specialists to Jordan and Lebanon is a welcome development, and goes some of the way to recognise the strain these countries are facing. World Vision’s report calls for clear commitments like these, but they also must be promptly implemented and sustained. Swift and ongoing commitment is required by the Australian government, even in an election year.

An additional AUD 25 million was also pledged by the Foreign Minister at the conference – though this pledge was dwarfed by other countries like Canada, who pledged USD 100 million to the UN’s refugee agency alone. The humanitarian sector in Australia has made it clear to the Foreign Minister’s office that this financial commitment is insufficient and that Australia is lagging behind in its fair share.

The findings and recommendations of World Vision’s report add to the increasing body of evidence being amassed about the real and long-term impacts of the Syria crisis. This evidence shows that once the violence stops – which it must immediately – the task of rebuilding a once-growing economy and nation will be where the long-term work of the region and the international community will start. Thinking about what the process of rebuilding Syria will look like, and making a clear commitment to that process, must start now.

Emma Wanchap is Manager of Development and Humanitarian Policy at World Vision Australia and is a co-author of the report “Cost of Conflict for Children – Five Years of the Syria Crisis” (World Vision and Frontier Economics). The report can be downloaded here.

The report was also the focus of a recent panel discussion held at the Crawford School; you can listen to the podcast of the event here.

Emma Wanchap is Manager of Development and Humanitarian Policy at World Vision Australia.