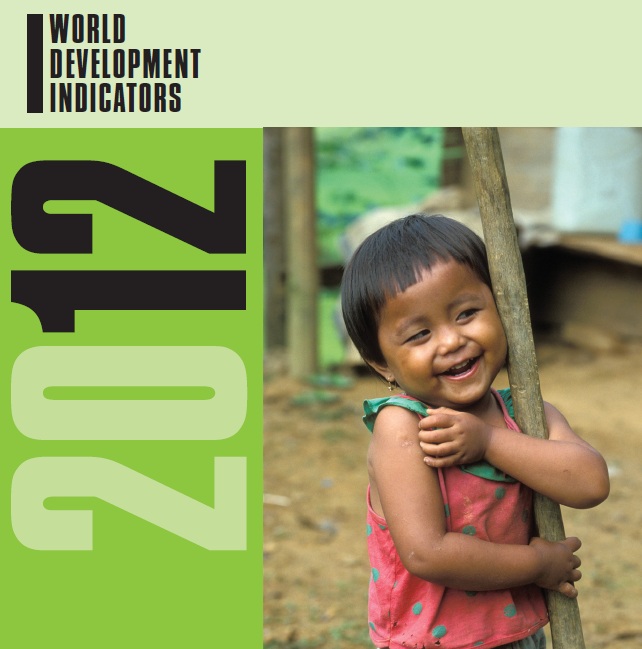 On April 16, the World Bank’s Executive Directors selected Dr. Jim Yong Kim, the Obama Administration’s candidate, to become the 12th President of the World Bank Group. The appointment of Dr. Kim, a development HIV and health expert has been met with praise for selecting a development specialist, as opposed to a legal, economic or political figure, to finally helm the Bank. It has also been met with unprecedented criticism that the Bank still has not implemented a free and fair selection process and that Dr. Kim has too narrow a background to lead the world’s premier development institution. The Economist provides a good summary here. You can read an official statement from Dr. Kim here.

Complements and criticisms aside, Dr. Kim will now take charge of the World Bank at perhaps the most challenging point in its history. Devpolicy Visiting Fellow Robin Davies’ post yesterday is a must read in relation to both the election proceedings and the challenges Dr. Kim will face.

The OECD announced this month that major donors’ aid to developing countries fell by nearly 3% in 2011, a decline in real terms of $3.4 billion. The OECD attributes this largely to the global recession. OECD Secretary-General Angel Gurría encouraged donors to meet their commitments:

The fall of ODA is a source of great concern, coming at a time when developing countries have been hit by the knock-on effect of the crisis and need it most… I commend the countries that are keeping their commitments in spite of tough fiscal consolidation plans. They show that the crisis should not be used as an excuse to reduce development cooperation contributions.

This signifies the first drop in OECD aid in the past 15 years. Oxfam provides a response here. Meanwhile, speculation persists that Australia’s commitment to an aid program of 0.5% GNI by 2015/16 is under threat from the Government’s commitment to reaching surplus in this years budget. The Oaktree Foundation is strongly campaigning against this here. GetUp! Australia has launched an online petition asking the government not to cut the Foreign Aid budget.

In early April the ADB launched its 2012 Asian Development Outlook. The Bank forecasts “developing Asia will largely maintain its growth momentum in the next couple of years.” The greatest risk to the outlook lies with Europe and the continued uncertainty over resolving ongoing sovereign debt problems. Inflation was a major concern of last year’s report. This year the report highlights a different concern, warning against widening income disparities and the threat rising inequality can have on undermining the poverty aspects of economic growth and the basis of growth itself. The report suggests measures including increasing spending on health and education, cutting fuel subsidies and broadening the sources of tax revenues to address rising inequality. 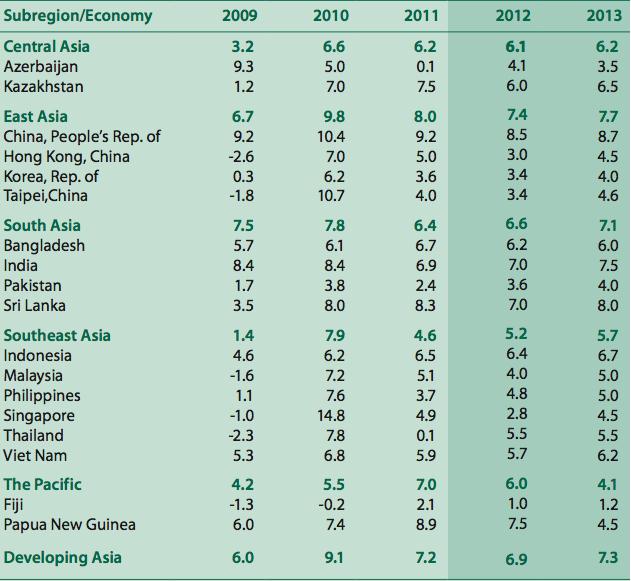 The World Bank has released its 2012 World Development Indicators. The report also showcases major improvements to the Bank’s data access, analysis and vizualisation tools (particularly in the form of new graph widgets). Improvements and highlights are showcased in this press release. The report is available in full here [pdf].

The World Bank and IMF hosted their spring meetings over the weekend. WB Director Robert Zoellick kicked off proceedings, reflecting on his tenure heading the back and discussing the path ahead. The Development Committee, which advises the Board of Governors of the World Bank and IMF on critical development issues, released this communiqué.

DFID’s Research for Development department released a new report ‘Do They Work? Assessing the Impact of Transparency and Accountability Initiatives in Service Delivery.’

ODI released a new Discussion Paper outlining the progress and continuing benefits of the EU aid effectiveness agenda, finding that the benefits account for an increase in efficiency of around 6% of the total EU aid flows in 2009.

A new CGD working paper shows how dramatic improvements in fundraising are possible for development and public causes by linking the cause with reputable development organisations, in this case the Bill & Melinda Gates Foundation.

Is the education curriculum in developing countries getting ahead of itself? Lant Pritchett and Amanda Beatty analyse the negative consequences of this phenomenon in a new CGD working paper.

A new report from UNICEF and Save the Children highlights improvements for millions of children, identifying international aid as a key driver of causing four million fewer children under 5 from dying each year than in 1990.

April 4 marked the International Day for Mine Awareness and Assistance in Mine Action, with events in 21 countries marking the day and raising funds and awareness of the ongoing development issue.