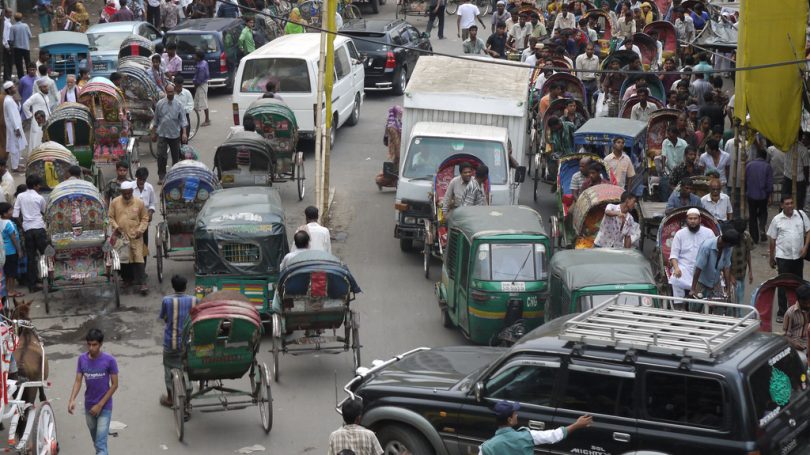 Now that the waves of reactions and counter-reactions have subsided, I ask if it is possible to rethink the infamous ‘Oxfam incident’. To put it briefly, the charity’s high-level professionals have been reported to have indulged in partying with sex workers in earthquake-affected Haiti, where prostitution is legally prohibited. These officials were ‘on mission’ – to borrow a term widely used by development donors such as the World Bank for recipient country visits by their staff – so the news recently made global headlines, and Oxfam was heavily criticised and ostracised for its handling of the affair.

I ask: is it possible to look past the morass of moral indignation and strong rebuke or of subtle support and justification?

Is it really the much-awaited #MeToo or #TimesUp moment of the development industry?

Is this the first time that development workers ‘indulged’ a little bit in their ‘hardship postings’ in poor, war-torn, disaster-wrecked countries?

From personal experience, I know that when they are ‘in the field’, trying to improve the lives of ‘those millions of poor’, development workers create and live within a small, artificial, sanitised ‘Western microcosm’. This cloistered, artificial and tiny world is far removed from that of the locals. It is not only the consultants – who bring their social expertise to development projects – that live that way, but also others, such as the engineer who goes there to builds roads or bridges. All manner of ‘experts’ and good Samaritans who fall in between follow pretty much the same noble path of living the life of ‘air-conditioned development’.

There are certain common features of this life that they live when working on development projects. For example, some would go on weekend jaunts of hash runs on tracks winding through the slums and the narrow streets of the city where they are based, working up a profuse sweat to end up drinking bottles of beer. Most often, the locals look on at this funny-crazy behaviour with utter disbelief and amazement. Sometimes, these consultants would quixotically buy a heavy four-wheel-drive vehicle to gear up for their ‘hardship posting’ on arrival in a city, for example, like Dhaka, where traffic speeds average less than ten kilometres per hour on congested roads.

The air-conditioned development industry works because of the ways societies, communities, and peoples are saturated with power inequities across the globe. Critical perspectives on these inequities, particularly the inherent racial implications of development work, are growing in critical feminist literature. Alas, development studies has yet to converse with these texts adequately. Using a critical feminist lens, we can take a step back and consider if it is possible to view this entire incident and its fallouts from a different perspective impartially.

British scholars such as J. Briggs and J. Sharp have devoted serious thought to these issues with development work as it is done on the ground. Some, like S. White, argue sarcastically that race is crucial here: ultimately it is the ‘Whiteness of faces and Britishness of passports’ that becomes the key to ‘cultivating development’ of a certain kind to instill the ‘will to improve’ into the lives of others.

From this perspective, the development industry can be considered today’s imperialism, as the American sociologist Nancy Cook argues in her study of female development workers in Pakistan. Yes, it is not just men who go to ‘other places’ to ‘do development’, but women as well. And the lives they live have much in common. For example, Cook shows how, in the hilly terrains of Gilgit, they party to recreate a familiar lifestyle. These expatriate-only parties serve as a way of coping with the stresses and daily uncertainties that being in a different place entails. Cook writes:

Despite the heat and inquisitive local onlookers, when the music started, the women rushed onto the dance floor in a crush. If their energy had waned towards the end of the evening, it was revived by the first few bars of the Bee Gee’s disco hit Stayin Alive. Lyn, who was singing at the top of her lungs while she danced with me, shouted over the music, “The song is interesting for your research. It should be our theme song really. That’s just what we’re trying to do. Western women are just trying to stay alive in this place.”

Just like these women development workers trying to stay alive in Gilgit, Pakistan, those men working for Oxfam UK were also most likely trying to make themselves feel comfortable in a setting in which they are surrounded by the harsh reality of destruction and immersed into the frustrations of being a visible elite minority.

Cook’s study shows that the problem is neither just the ‘bad behaviour’ of a few rotten men, nor does it have an exclusively male or female face. The problem is ingrained in the nature of the way development is ‘done’ to those who have very little power to decide their own lives. A gross immorality is ingrained in the way development projects are run: international consultants receive – for the same kind and amount of work – much more compensation than national consultants. Foreign experts come on a mission as an exclusive group, as the ‘givers’ – of expertise and advice and help – and as the funnel through which the money flows in. Some organisations even present their development work as ‘sexy’ in awareness-building and fun-raising campaigns, and as the guest editor of Vanity Fair’s special edition on Africa, Bono says that the magazine will ‘bring some sex appeal to the idea of wanting to change the world’.  John Cameron and Anna Haanstra argue that all these depoliticise and make invisible the core problem of unequal social power relations between people in the global North and South, and underline that the most important form of agency is Northern charity.

On the specific behaviour of charity workers trying to help the poor in disaster-struck Haiti, we might also ask: who or what is really immoral here? Why are sex workers being described as ‘prostitutes’? Why is the prohibition of sex work not being questioned?

We now know what feminists (and development planners) have accepted: making sex work legal helps women who must sell sex in face of different adversities. We thought we had learned that criminalising sex work does not help women; instead, it is important to protect women from the pimps and the policemen who exploit sex workers for their own benefit. Indeed, that debate has been more or less resolved. By invoking the immorality of prostitution, the main question – the immorality of the reason of, and the overall manner in which development industry operates – is being by-passed.

The Haiti incident does not ‘shock’ all of us who try to use a critical feminist lens to see the development industry. We know that such incidents are neither new nor isolated, and are symptomatic of the non-participatory way much aid is delivered. If the behaviour of ‘foreign experts’ in developing countries can be placed in a long spectrum, ranging from the most benign to the most offensive, it is probably at the extreme end of the latter. ‘Softer’ bad behaviour would be the partying described by Nancy Cook, and an odd and funny behaviour would be those consultants doing their hash runs through the slums and streets, and an inappropriate one would be the conspicuous display of wealth through the four-wheel drive vehicles to weather those ‘terrible’ roads of a third world city.

Kuntala Lahiri-Dutt is a Professor at ANU based at the Crawford School of Public Policy and has led research on precarious livelihoods in environmental resource dependent communities in India, Laos, Indonesia and Mongolia.