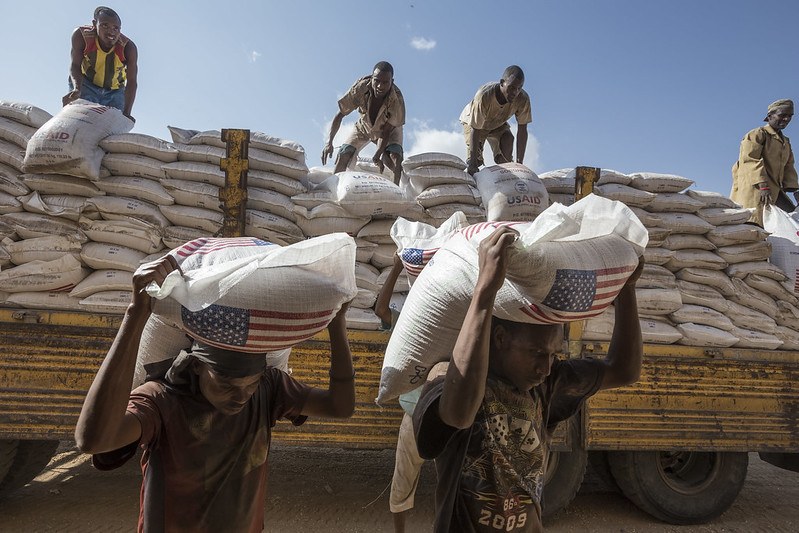 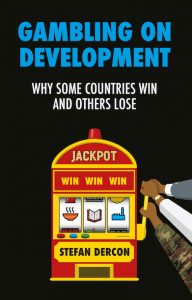 Stefan Dercon’s book, Gambling on development: why some countries win and some countries lose, is mainly about the political foundations of development, but its third part is devoted to foreign aid. Dercon makes two main points.

Both points can be debated. On the first issue of how to allocate aid, the increasingly strategic context for aid means that more and more aid is given to the strategically important rather than either the poor or the performing. But even putting that aside, Dercon’s argument is still problematic.

There is no doubt that countries with better governance will make better use of aid. This was a point established by the World Bank’s 1998 report Assessing aid. It is one that is central to my own thinking about aid. But the problem is that those countries with a development bargain don’t really need aid; they will prosper in any case. This is the aid paradox – those countries that can make best use of aid don’t need it, while those that do need it, can’t make good use of it. It doesn’t mean (at all) that aid cannot be well-spent, but it does suggest the limits to the argument that aid should be focused on poor countries with healthy development bargains. As time goes on, and the Chinas and Vietnams graduate from aid, increasingly aid will be given to countries that are politically dysfunctional.

Second, on how to spend aid, and what to expect from it, is it realistic to think of aid in terms of influencing a country’s political bargain? I find Dercon overambitious in his expectations of aid. He doesn’t provide examples to support his claim that outsiders can, “through development-focused international policy-making and careful use of foreign aid, persuade the [national] elites to gamble on a better bargain”.

Dercon’s chapters on foreign aid lack the country examples that his chapters on political bargains and development provide. We need to hear from his own experiences, or from others’ analyses and reflections on the role of aid (or the lack of it) in particular countries, such as Sebastian Edwards’ Toxic aid: economic collapse and recovery in Tanzania, Sarah Phillips’ When there was no aid: war and peace in Somaliland, Jason Kirk’s India and the World Bank: the politics of aid and influence and Peter McCawley’s Indonesia and the Asian Development Bank: fifty years of partnership.

If I had to summarise from the vast and disparate post-war experience, I would say that aid can be a source for both harm and good, but that it usually has little impact on underlying national political bargains. Aid typically involves relatively small amounts of money, and we need to be realistic about what it can achieve. This is not to say that all aid should be given over to practical tasks such as health delivery or road building. Of course, technical assistance and less tangible forms of aid should be part of the mix. And there are few easy decisions. We should worry about the distorting impacts of aid, and try to minimise them. But aid should aim to be useful rather than transformational. And it should, as a first approximation, take a country’s political bargain as a given, not something that it can seek to influence.

I would also draw another lesson from thinking of development in terms of political bargains for aid. If a country doesn’t have a pro-development political bargain, it is likely to be poor for a long time, as development bargains emerge only occasionally. Therefore, that country is likely to be an aid recipient for a long time, and any provider of aid to that country should think in terms of long time-horizons. Aid is famous – or infamous – for its short project cycles, its fads, and its inconsistencies. Especially in countries without a strong commitment to development, donors should try different things, find out what works, and stick to it.

While I have been critical about certain aspects of Dercon’s book in my two-part review, I certainly think it should be widely read, especially in Australia, and especially by those working on the Pacific. All the talk about the Pacific family is antithetical to any analysis of the political bargains that actually characterise the Pacific and that stymie development in most Pacific countries. Six of the ten Pacific countries annually reviewed by the World Bank are rated as “fragile”; that is, as having particularly poor governance. But this is hardly ever mentioned. Few are as honest as my colleague Terence Wood, whose blunt assessment of the Solomon Islands political elite (on ABC’s Minefield recently) was that they “don’t do a good job in governing the country in a way that helps the people living there”.

If Stefan Dercon’s book, with its central focus on the tough question of whether a country’s governing elite is pro- or anti-development, promotes more comments and conversations like that, it will have made an invaluable contribution, especially in this part of the world.