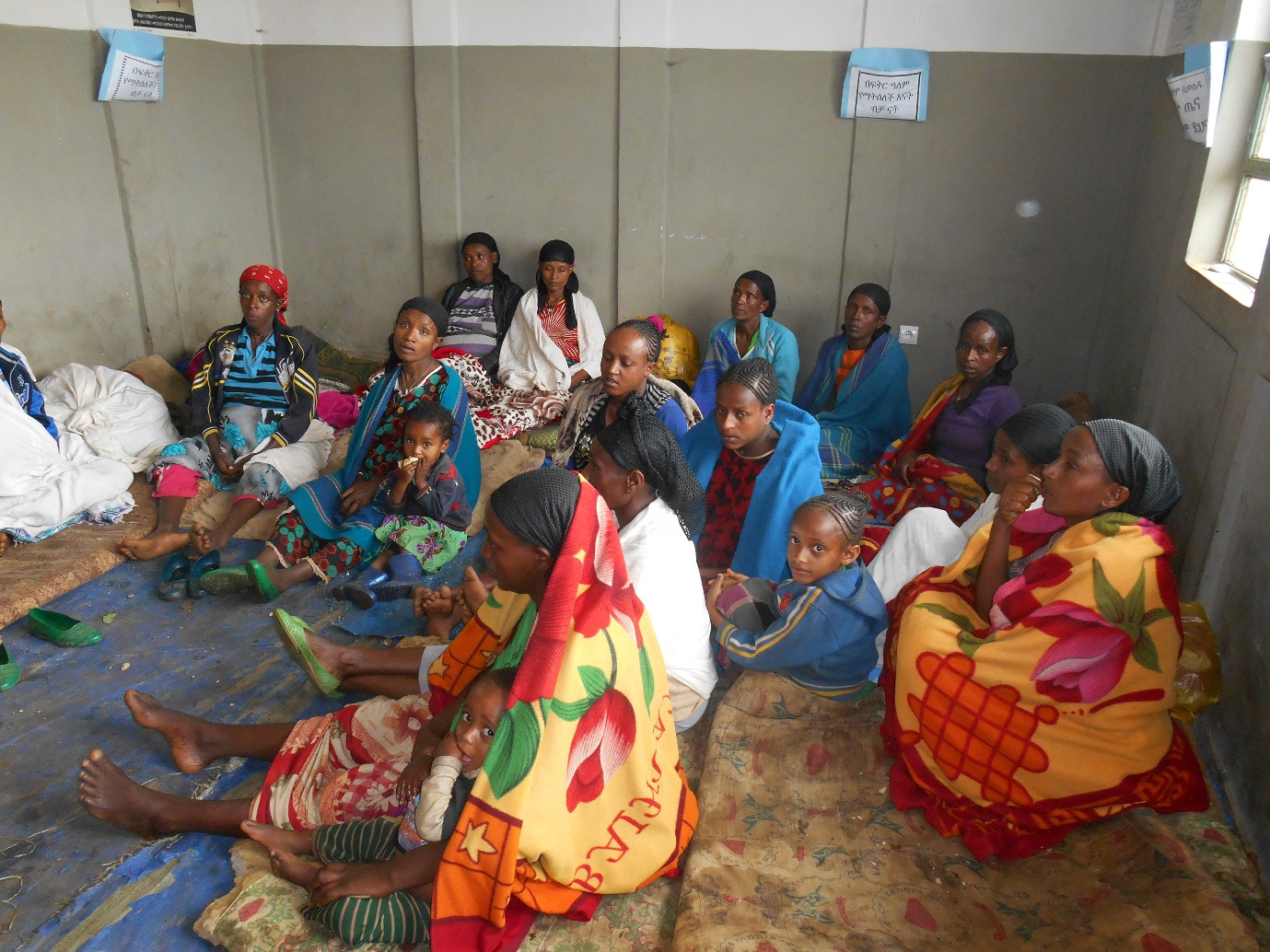 Ethiopia is one of the least urbanised countries in the world, so the provision of ambulances for each district (woreda) means that women who are having difficulties during birth can be easily transferred to the nearest health centre or hospital if they need Emergency Obstetric and Newborn Care (EmONC).

Australia is the fourth largest donor of the Millennium Development Goal (MDG) Performance Fund (a multi-donor funding facility managed by the Ethiopian Federal Ministry of Health) along with other donors including the UK’s Department for International Development, GAVI (the Vaccine Alliance), Netherlands, Spain, Italy, Irish Aid, the World Bank, UNFPA, UNICEF and WHO.

The top-ranking areas of resource allocation for the MDG Performance Fund are programs that target maternal and child health; aim to control infectious diseases; and donor-funding to equip health facilities in rural areas. This funding includes the provision of an ambulance to each woreda. So far, 812 out of a planned 840 ambulances have been delivered.

According to Ethiopia’s 2012 Road Map for Accelerating the Attainment of the Millennium Development Goals Related to Maternal and Newborn Health in Ethiopia, ambulances link health posts in rural neighbourhoods (kebeles) with health centres (at the woreda level), and health centres with hospitals (at the zonal and regional level) through a referral system so that women can be transferred if there is an obstetric emergency. There are about 670 rural woredas and about 100 urban woredas in Ethiopia. The referral system is seen as the key to reducing delays that currently contribute to maternal and neonatal mortality and morbidity.

But the introduction of ambulances in two rural woredas in Kafa Zone in the southwest, reveals significant differences in how the ambulance service is being managed.

This quote is from the Director of the Saylem Health Centre, the furthest health centre from the zonal capital Bonga, in Ethiopia’s southwest. Kafa Zone is dominated by large areas of natural forest, steep hills, gorges, and rivers and much of the 165 km road to Saylem is muddy, slippery and dangerous.

On the day we visited, 20 pregnant women, accompanied by a family member and their children, were waiting to give birth. In the past seven months, 400 women have come and stayed at the maternity waiting home—doubling the number of women who come for delivery this year. In January 2014, there were 84 deliveries at the health centre, the average is 25 a week, sometimes eight per day. Over the last five months only three or four women with obstructed labour, eclampsia and retained placenta have needed to be referred to Bonga Hospital.

Saylem Health Centre staff work closely with Health Extension Workers (HEWs) and the Health Development Army (HDA). HEWs from each kebele assist women with birth preparedness and mobilise communities through the HDA to facilitate timely referral to health centres. The HDA is an organised movement to promote safe health practices at the community level. It is comprised of groups of up to 30 women in a one-to-five network that supports the work of HEWs and the Health Extension Program.

Because of Saylem’s mountainous topography, if a woman’s labour starts before she reaches the health centre she will need to be carried to the main road on a traditional stretcher to be met by the ambulance. And the ambulance is always available to pick women up to take them to the health centre or to Bonga Hospital.

“They use the ambulance to go to meetings … People in the distant kebeles, those three or four days walk away, say that the woreda officials are pregnant…” (HEW in Kafa Zone, Ethiopia).

This second quote is from a HEW from another part of Kafa Zone where HEWs are discouraged from calling the woreda health office to refer labouring women from the health post to the health centre by ambulance.

In this woreda, HEWs from health posts near to the road have been told that the ambulance is only available to take women from the health centre to Bonga Hospital. People need to use other transport such as an Isuzu truck, hire a minibus taxi or just carry the woman on a stretcher to the health centre.

One HEW described how the driver refused to come and take a woman in labour before she was seen by the HEW who was working on a vaccination campaign in another part of the kebele. In this woreda the ambulance is often used for other purposes such as driving civil servants from other sectors around from one place to another, even at night time.

Another HEW related how the head of the woreda health office shouted at her, “Why do you call me at midnight? Why don’t you attend the case yourself?” HEWs are not classified as skilled birth attendants and she responded by saying that the case was beyond her capacity as the woman needed EmONC.

The Three-Delays model developed by Thaddeus and Maine (1994) is still relevant today as distance is a common barrier for women and their families to access health facilities in developing countries. In essence, it is a medical model of maternal survival based on the understanding that most maternal deaths are preventable with prompt medical intervention. Delays in receiving care are a prominent factor in maternal death: delays in deciding to seek care; delays in reaching appropriate medical facilities; and delays in receiving quality care at the medical facility.

To address the first delay in Ethiopia, the HDA mobilises communities to ensure that women are referred to health centres for delivery. To solve the shortage of transportation, the introduction of ambulances provides much needed services at the woreda level. In Saylem the number of women giving birth with skilled birth attendants at the health centre has doubled in the past 12 months. And the percentage of women giving birth with a skilled birth attendant in Saylem is more than double that of women in the other woreda.

Does the introduction of ambulances improve access to maternal health services in rural Ethiopia? In Kafa Zone it may depend where you are. While this article tells the story of only two woredas, my research suggests that that the impact of ambulances across Ethiopia is highly variable. In these two woredas, the difference appears to be in leadership and the political will to bring about change at the local level. National guidelines on the use of ambulances are being prepared, but there are clearly new challenges for the Ministry of Health, Regional Health Bureaus, and for woreda and kebele health offices, to ensure that ambulances are used as intended—to transfer women experiencing an obstetric emergency.

Ruth Jackson is a Research Fellow at the Alfred Deakin Research Institute, Deakin University. She visited health facilities and interviewed health workers in Kafa Zone, Ethiopia as part of an Australian Development Research Awards Scheme (ADRAS) project funded by the Australian government. The project focus is on improving the use of maternal, neonatal and child health services in rural and pastoralist Ethiopia.