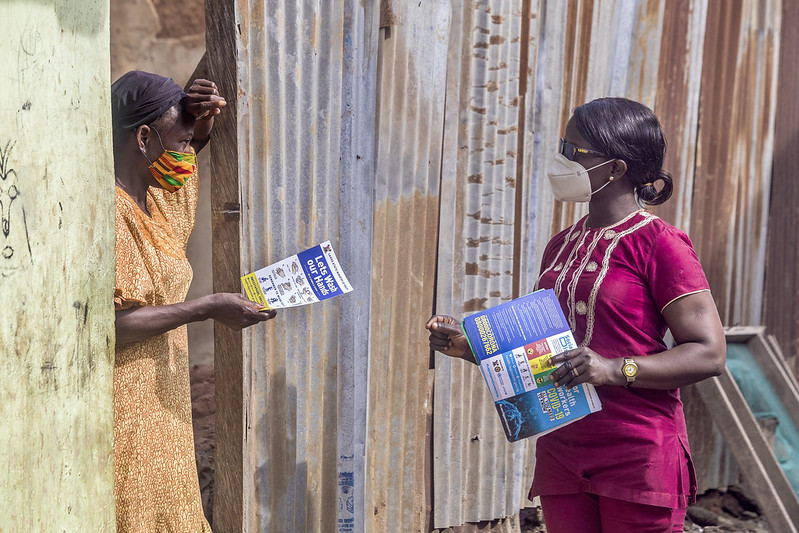 COVID-19 saw the stunning failure of wealthy countries to adequately aid their struggling neighbours, allowing a chasm to open between haves and have-nots in terms of access to vaccines, diagnostics and treatments. This has fuelled calls to reform global health financing and help low- and middle-income countries (LMICs) prepare for the next pandemic. But world leaders are coming up short.

The first and only truly global effort to coordinate the worldwide COVID-19 response involved the Access to COVID 19-Tools (ACT) Accelerator, a coalition convened in April 2020 by the WHO, the European Union, the United Nations and an array of global health organisations. The ACT Accelerator has deployed US$23.4 billion to aid COVID-19 pandemic management and deserves praise for saving countless lives.

It was a minor miracle that it could have a measure of success given how it lacked active support at the start from many of the world’s powers. The United States initially showed little interest before reversing course under US President Joe Biden and many major economies – most notably China, India and Russia – have contributed little or nothing.

But the ACT Accelerator could not do all that was needed. Most of its pledges were designated for COVAX, its vaccine component. It only managed to raise one-sixth of the required budget for its other three priorities — testing, treatment and health system initiatives such as equipping healthcare workers with personal protective equipment.

Even that vaccine effort was hamstrung by the bad behaviour of governments and pharmaceutical companies. Rich countries went around COVAX to sign individual advance purchase contracts, inking deals to secure far more doses than needed. Meanwhile, they dragged their feet on funding, making pledges only after most of the initial years’ vaccine supply had been locked down by wealthy countries. This pushed COVAX to the end of the queue for deliveries and undermined its negotiating power with pharmaceutical companies, crushing hopes of an equitable vaccine rollout.

The failures of the global COVID-19 response laid bare just how unprepared the world is for the next pandemic. This has led three major international commissions – the WHO’s Independent Panel for Pandemic Preparedness and Response (IPPPR), the G20’s High-Level Independent Panel (HLIP) and the G7’s Pandemic Preparedness Partnership – to issue urgent recommendations for reform. Some have started to gain traction, but others remain stalled.

The commissions underscored how crucial it is for donor countries to expand development assistance that helps LMICs improve their health systems. Robust health workforces, quality primary healthcare and universal health coverage make it less likely that outbreaks spiral out of control. In particular, steady financing is needed for the global health organisations that strengthen LMIC health systems, including the Global Fund to Fight AIDS, Tuberculosis and Malaria, Gavi and UNICEF.

The IPPPR and the HLIP also recommended the creation of a new, independent pandemic preparedness fund to channel money toward strengthening disease surveillance systems, establishing genomic sequencing facilities, stockpiling healthcare supplies and facilitating early disease detection. With strong US backing, this will be launched as a new World Bank financial intermediary fund (FIF) in September 2022.

Although it is the most promising reform to date, the new pandemic preparedness FIF still faces major challenges. To start, it is estimated to need an annual budget of US$10 billion but so far only US$1.3 billion has been publicly pledged from a range of donors, led by the United States and including Indonesia, South Korea, Japan and Singapore.

The governance and operations of the new fund are now being hashed out. The global health community is deeply concerned that it may end up being colonised by the World Bank and have insufficient institutional mechanisms to ensure it is responsive to the people in LMICs that it is intended to help.

The most successful global health organisations in recent years have been those that depart from the UN-centric approach of being overseen by government officials and instead have representatives of LMICs and civil society on their governing boards, with full voting rights, to inform their strategy and operations. This builds in incentives for them to be more equitable and effective. But it is unclear whether the pandemic preparedness FIF will emulate these successes or take a step backwards.

Reformers argue that it is crucial to make institutional arrangements in advance for surge funding to cover the costs of diagnostics, vaccines and treatments for a new pandemic. Mounting an effective pandemic response is estimated to require US$50–100 billion in surge funding and there is no international consensus on how to mobilise this.

The ACT Accelerator is due to be wound down and there is little appetite for transforming it into a surge funding facility for other pandemics. In the absence of any new institution, some argue that multilateral development banks and the International Monetary Fund are the only entities that can mobilise the amounts needed and they should fund the next pandemic response by quickly providing large-scale concessional loans to LMICs. But the World Bank’s experience – just US$10.1 billion out of the US$20 billion it set aside in COVID-19 funding has been tapped – demonstrates how reluctant governments are to take on more debt to respond to pandemics. Ideally, we need a facility that can distribute grants – not loans – and do so in a coordinated manner. There are murmurs that Japan may take this up as 2023 G7 chair.

The COVID-19 pandemic is a reminder that the fates of rich and poor countries are intertwined and starkly unequal. While there has been some progress, so much more needs to be done. Until the lessons of COVID-19 are learnt, the world will remain unprepared for the next pandemic.

This blog was originally published on East Asia Forum.

James Gannon is Senior Fellow at the Japan Center for International Exchange (JCIE/USA).