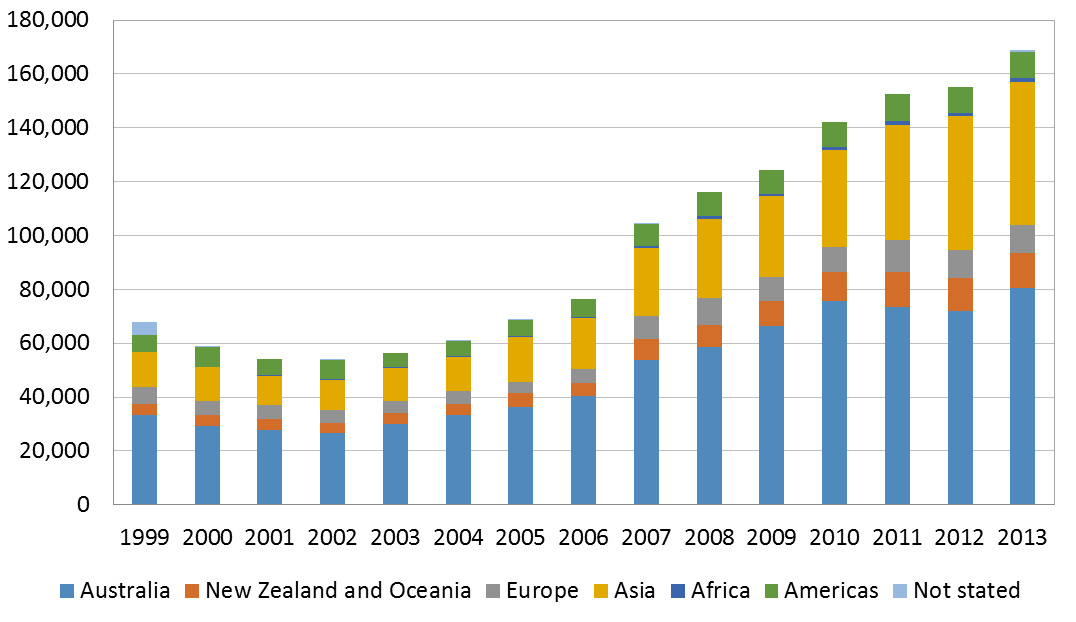 This is the third of a series of posts analysing arrival and departure data in Papua New Guinea. The first post showed how arrivals to PNG had boomed over the last decade, and the second post linked the growing number of visitors to PNG for employment and business to the country’s economic boom. In this post, I will explore the country of residence of visitors arriving in PNG. 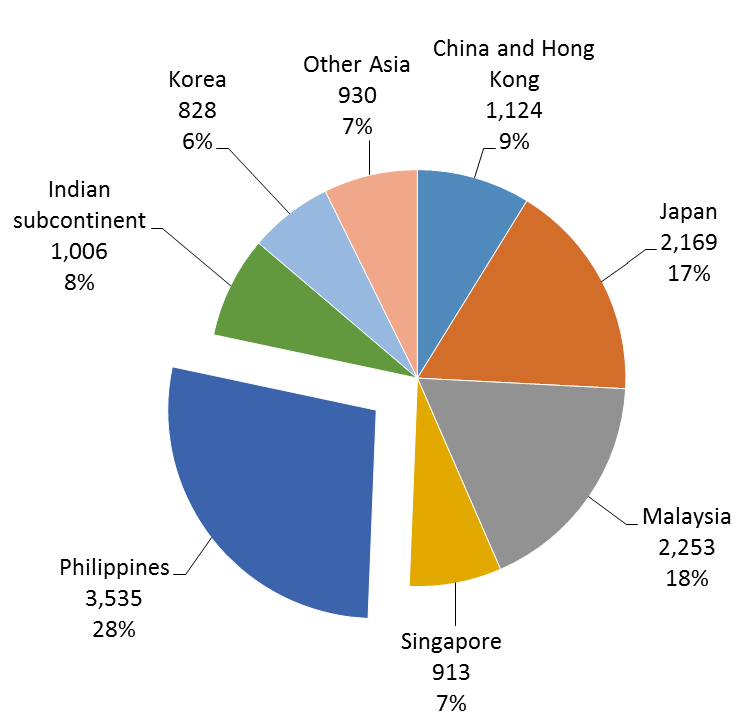 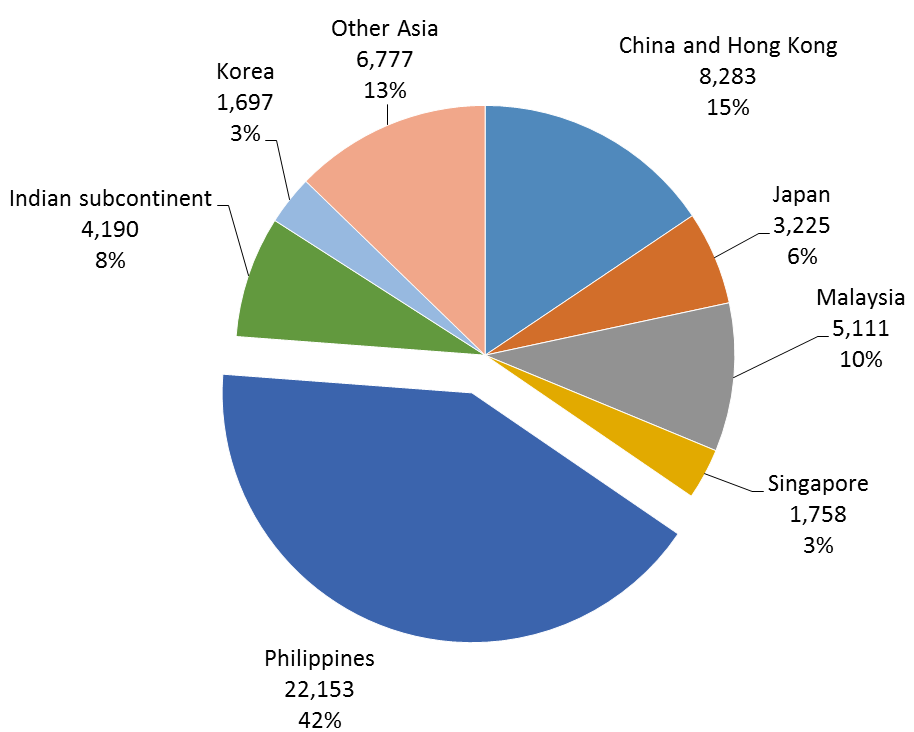 Overall, this analysis shows the enduring links between PNG and Australia, with the latter still accounting for almost half of all visitor arrivals to the former. Yet change is clearly afoot. Asia is becoming a more important source region for visitors to PNG, at the expense not of Australia, but of other regions. Asia is the fastest growing source region and, within Asia, the Philippines is the fastest growing source country (of all countries). I will explore the drivers of this mix of stability and change in my next post.