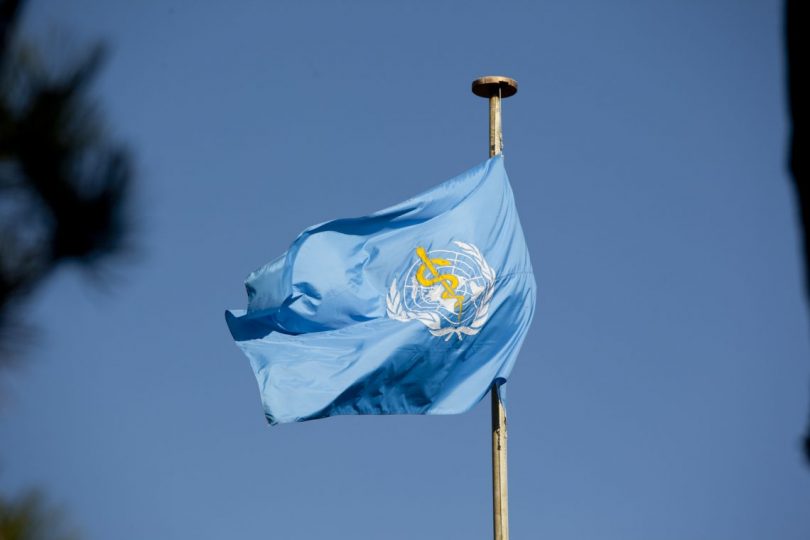 Donald Trump’s sharp criticism of the World Health Organization (WHO) and slashing of US funding to the institution has successfully distracted some attention from the woeful American response to COVID-19. Perhaps unsurprisingly, some Australian politicians have emerged from the shadows to echo the call for a review of the world’s leading global health body. The fact is that the WHO is a very imperfect organisation but fixing it won’t solve pandemic responses in Australia or the US.

The claims this week by Trump and his sycophants that the WHO has become politicised, demonstrate a remarkable lack of historical understanding. Like other United Nations bodies, the WHO has always been a political beast. It is funded by and given its power by member states and therefore has always been beholden to the political machinations of individual countries and power blocks.

For most of its history, the political puppetmaster has been the US. As the biggest funder, the US influenced the WHO away from a push for “Health for All” in the early 1980s because the then-USSR had come up with the idea and it reeked of communism to American noses. In the 1990s, the US and Europe stymied WHO responses to the global AIDS crisis to maintain pharmaceutical profits of western companies. And it is no coincidence that the Directorship of the Western Pacific Regional Office (in which Australia and China are both located) has cosily alternated between Japan and South Korea for the last 30 years. Having the US and Australia stating that the WHO is beholden to China is a bit rich.

As the WHO became a political battleground, many countries and funders started to pull core funding from the organisation and other global health institutions were established to create the complex, multi-polar landscape of actors we have now. Over the past 20 years, we have seen the rise of the Global Fund, the Global Alliance for Vaccines and Immunization (GAVI), and the Gates Foundation; the encroachment of the World Bank, UNICEF, and the Asian Development Bank into the health space, as well as a plethora of public-private collaborations, NGOs and foundations. In addition, the G7/8 and G20 are engaging more actively in global health decision making and priority setting. Indeed, a Chatham House report on global health governance, noting the need to better understand how well prepared the global health system is for the challenges ahead, identified 203 global health actors that play a prominent role in improving health.

The WHO was also savaged after its painfully slow response to the 2014 Ebola crisis in West Africa where it largely failed to heed the warnings of organisations such as Médecins Sans Frontières and had to fire its country directors in Sierra Leone, Liberia and Guinea before action was taken.

Amidst all this, we have to be honest about the role of the WHO. For countries like Australia and the US, with very strong domestic capacity in public health, in epidemiology, in virology, we do not and should not rely on the WHO for domestic decision making. Indeed the strength of Australia’s response was that it made its own decisions based on national analysis and expertise – not waiting for WHO declarations. The failure of the US response – Trump declaring a national emergency a full six weeks after WHO announced a Public Health Emergency of International Concern – has more to do with domestic American governance issues than anything to do international governance.

While Australian politicians call for reviews – and we can all be sure there will be many reviews of national and international responses to COVID-19 – the Australian government has already assessed the WHO and found its effectiveness and value to be wanting. The 2014 Australian Multilateral Assessment scored the WHO lower on “relevance and results” than GAVI, the Global Fund, UNICEF and the International Committee of the Red Cross; and lower on organisational behaviour than even scandal-ridden UNAIDS.

Australia has also already been withdrawing funding from the WHO. It provides the WHO $12.4m in the 2019-2020 financial year, down from $20.6m in 2014-15 which is down from earlier contributions – and which represents less than Australia provides to GAVI, the Global Fund, UNICEF and other international agencies. One has to wonder whether the decreases in funding from countries such as the US and Australia over time has at least partially led to WHO’s current weakness.

As I have previously written on this blog, and as my students over the past decade well know, I have been a long-standing critic of the WHO. There will be time to review WHO performance. But at this point of the COVID-19 pandemic, it is an all hands on deck situation where political grandstanding and point-scoring has to be shelved in favour of collective action. WHO has an important role to play for low- and middle-income countries in our region who are actively grappling with COVID-19. The safer they are, the safer we are. Now is the time to support our neighbours and WHO’s role in doing so.