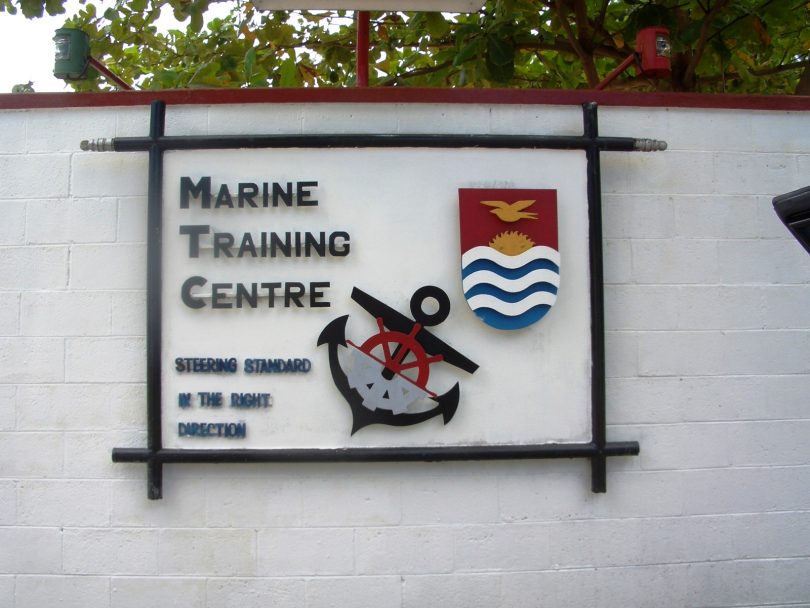 The Kiribati government closed their international border late in March 2020, to keep their island population of approximately 140,000 people safe from COVID-19. Luckily the system worked, and the country has managed well, with only two (unconfirmed) cases. Many I-Kiribati seafarers, however, ended up stranded overseas as a consequence of the strict border closure. For some this has meant that, after completing their on-board contracts, they have not seen their families for over two years.

From March 2021, 159 I-Kiribati seafarers were stranded in Fiji. Caught by Fiji’s community outbreak of COVID-19 in April, and the cessation of international air travel to and from the country, the seafarers waited for repatriation for almost eight months. During their time in Fiji, the seafarers’ employers covered their basic living costs (accommodation and food), but without regular wages the men were unable to remit money to support their families at home.

Some of the men’s pleas for repatriation to the Kiribati government were finally answered on 22 November 2021, when a ship left Nadi for the six-day trip to Tarawa with 141 seafarers on board. Prior to departure from Fiji, all seafarers had multiple COVID-19 screening tests, their health was monitored during the six-day trip, and all undertook 14 days’ quarantine onboard the vessel on arrival in Kiribati.

However, another 105 men are still waiting to be repatriated, located in South Korea, Indonesia, Germany, Fiji and Australia. Eleven of those stranded in Fiji have started jobs with a different shipping company. Of the 39 seafarers stranded in Brisbane who have subsequently lost their contracts with their Danish shipping employer, Maersk, 14 have taken up seasonal work in South Australia and are hoping to switch, onshore, to a Seasonal Worker Programme visa before their current visas expire in January 2022.

One of the obstacles to repatriation is the continuing requirement by the Kiribati government to have citizens repatriated via Fiji – and by ship, not by plane. Seafarers currently waiting overseas are concerned about transferring to Fiji and then being caught there, unable to make the final leg of the journey home. One man, currently stranded in Brisbane, explained: “Our government… will not allow this direct flight from Brisbane to Tarawa. It’s a big problem between the company, our government, and us. It’s very complicated.”

During the COVID-19 pandemic, more than 400,000 seafarers have been affected by the global crew change crisis, with an estimated 250,000 seafarers still waiting on board commercial vessels – unable to be repatriated – in mid-2021. In comparison, 262 stranded seafarers from Kiribati seems like a small number.

For Kiribati, however, where employment options are scant, merchant seafarers working on international vessels have historically made an important contribution to the country’s remittance flows, which accounted for 10–12% of Kiribati’s GDP pre-COVID. Research has shown that one person’s wages is enough to support large extended families. At present, more than 500 seafarers residing in Kiribati are unemployed.

Following the establishment of a Marine Training School in 1967 and the South Pacific Marine Service (SPMS) in 1969, Kiribati has developed a successful program of training seafarers and providing offshore employment on merchant ships. Until recently, the SPMS was led by six well-established German shipping companies, and the Danish giant, Maersk.

Today, the Marine Training Centre (MTC) combines merchant and fisheries training and catering classes, with certificates that are recognised by the International Maritime Organisation (IMO) under their Standards, Training, Certification and Watchkeeping (STCW-2010). This internationally recognised certification has enabled seafarers from Kiribati to develop a reputation as excellent, resilient and strong workers, with an increasing number reaching officer ranks, including one captain. Captain Tekemaua Kiraua is one of those who were stranded in Fiji.

The strength of the long-standing relationship between the MTC and SPMS, along with the traditional values held by the German shipping companies, has ensured continued employment for I-Kiribati seafarers for more than 50 years. This is despite the high recruitment costs, which include visa and transport costs.

During the last 18 months of the COVID-19 pandemic, the shipping companies have followed IMO protocol and covered the basic living costs for more than 260 I-Kiribati seafarers waiting for their government to allow repatriation. In addition to covering these basic needs, the SPMS also paid for vaccinations. The financial burden this has placed on the shipping companies, combined with repeated, failed attempts to negotiate with the Kiribati government for the seafarers’ repatriation, has led to the termination of the decades-long SPMS employment agreement.

This is a major loss for Kiribati, given the links between the SPMS and the MTC, and the requirement for seafarers to meet international standards of certification. As part of the certification requirements, trainees must spend two months on board a cargo or container ship.

It is hard to believe that these skilled seafarers are now likely left without re-employment options. Maersk reported in a press release in September 2021:

“Sadly, and to our disappointment, our efforts with local government and authorities have not produced a successful outcome. As a result, and in order to safeguard our colleagues from a potential tightening of either national, regional or global travel restrictions, we had to make the decision to repatriate all our seafarers from Kiribati and freeze the enlistment of Kiribati nationals.”

While Maersk will not continue recruiting from Kiribati, and the SPMS has dissolved after 52 years of operation, there is still hope. Some of the SPMS companies are willing to negotiate new employment agreements. A continuation – at least with some of the old SPMS’s system – would ensure the ongoing provision of internationally certified seafarer training and employment for Kiribati nationals.

This combined system of training with guaranteed employment is now in jeopardy. The COVID crisis has shown that safe recruitment requires regular communication between government and employers, consistent and reliable flight schedules, vaccinations, and a plan for repatriation that is supported by government. Will the Kiribati government listen to their seafarers (and their employers), and be willing to negotiate?

Charlotte Bedford’s and Rochelle Bailey’s research for this blog was undertaken with support from the Pacific Research Program, funded by the Department of Foreign Affairs and Trade. The views are those of the authors only.

Maria Borovnik is a Senior Lecturer in Development Studies at Massey University, New Zealand. Her long-term research explores the living realities of seafarers and their families in Kiribati and Tuvalu.