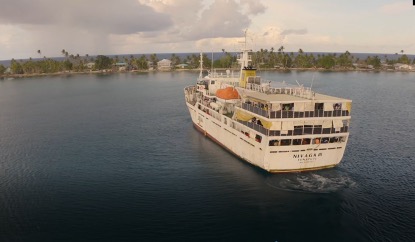 ‘How is Tuvalu securing against COVID-19?’: a response from Funafuti

By Tala Simeti and Jess Marinaccio

There has been little written so far on Tuvalu’s response to COVID-19 both from the Government of Tuvalu and outside media outlets. Given this, we welcomed the publication of Farbotko and Kitara’s blog, ‘How is Tuvalu securing against COVID-19?’. As we are currently living Tuvalu’s response to the crisis in Funafuti, we look to build on that piece by highlighting specific issues in Tuvalu’s response that are unique to its national context: accountability, Tuvalu’s geographic composition, the oblique concept of public gatherings, and potential future financial instability.

Farbotko and Kitara note Tuvalu’s cautious response to COVID-19, which is perhaps one of the reasons Tuvalu is still COVID-19 free. This cautious response is of course motivated by awareness of Tuvalu’s insufficient medical infrastructure and current inability to handle any COVID-19 cases. But a bigger issue guiding this response is the question of accountability. This issue can be seen most clearly in Tuvalu’s wary approach to the question of repatriation. In a press conference on the ‘Pacific Humanitarian Pathway on COVID-19’ earlier this month, Tuvalu’s Foreign Minister explained that repatriation was a dilemma for Tuvalu, and the Pacific more broadly.

The Government of Tuvalu has a duty to protect all Tuvaluan citizens at home and abroad. In a crisis like COVID-19, this means that Tuvaluan citizens should be repatriated to Tuvalu where they would ostensibly be safer, be able to reunite with family, and have greater financial security. However, Tuvaluans abroad, Tuvaluans in Tuvalu, and the government alike all recognise that repatriation would significantly increase the risk of COVID-19 entering Tuvalu. Yet, to date, the government remains committed to preparing Tuvalu for repatriation by improving medical facilities, constructing quarantine units, and purchasing testing equipment. This means the government is faced with two different questions: 1. If Tuvalu is considered ready for repatriation, and something goes wrong, putting the domestic population at risk of illness and even death, who is accountable? When this question was posed during a government press conference on Wednesday 8 April, ministers were notably cautious in their response; and 2. If the government does not initiate repatriation, and a Tuvaluan contracts COVID-19 abroad, who, in that scenario, is to be held accountable?

This dilemma of repatriation and accountability is exacerbated in Tuvalu both from an infrastructure and cultural standpoint. At present, Tuvalu clearly lacks the medical facilities to accommodate the risks that come with repatriation, but Tuvaluan cultural values of responsibility to one’s neighbours and community (or the te fale-pili concept) make it nearly impossible to categorically declare that repatriation is out of the question. Interestingly, other Pacific nations such as Nauru have made the opposite choice to Tuvalu, deciding to repatriate all of their citizens as quickly as possible. However, this has led to notable unease in other Pacific countries when Nauru has attempted to facilitate the repatriation of citizens from those countries on their behalf.

Tuvalu’s response to COVID-19 has also been interesting to watch unfold because, while some of the measures that have been implemented have been widely adopted in other countries, they have been more difficult to enact in Tuvalu.

First, after Tuvalu’s State of Public Health Emergency was declared, the government made the decision to close all schools with the option to re-open during the period of emergency if deemed appropriate. Tuvalu is composed of nine atolls/islands and each island has at least one primary school, but there are only two secondary schools – one located on the capital Funafuti and one on the outer island Vaitupu. After schools were closed, many students were relocated to their home islands. Tuvalu currently has only one major functioning vessel for inter-island transport, and with some of Tuvalu’s outer islands almost a day’s travel from the capital, re-opening all schools is difficult and would entail another massive relocation effort. At a time when Tuvalu is trying to preserve food, fuel, and funds, how and when all schools will re-open remains uncertain. As comforting as Farbotko and Kitara’s sentiment that students relocating to outer islands will strengthen “customary knowledge systems” is, if schools re-open too late and students are forced to repeat a year, this may have major ramifications for the entire education system.

Second, after the State of Public Health Emergency was declared, the Tuvalu government issued a ban on public gatherings. While, in many Western countries, the difference between a public and private gathering is immediately apparent, in Tuvalu, where family systems are extended and housing structures often partially or fully open, a public gathering is extremely hard to define and identify. This is not to say that people in Tuvalu disregarded the ban, but simply to note that, while the ban was in place, groups still congregated outside or in open structures but the people in these groups were often related to each other. In a Tuvaluan context, then, is a public gathering something that happens outside, something that happens among people who share no family ties, or both? In a nation characterised by people and communities existing out of doors, what constitutes a public gathering is difficult to pin down.

It is important to also highlight that the measures the government must take to combat COVID-19 come at a high financial cost, and one that may increase the potential for recession once the crisis has passed. This is especially true because there is no way of knowing how long the pandemic will last. Currently, Tuvalu is eligible for various types of COVID-19-related aid, due mostly to its status as a least developed country. This, together with Tuvalu’s small private sector, means that, in the short-term, the country will not face the same problems of mass layoffs and disruption to businesses that nations like the United States have encountered. However, if the pandemic persists, donor countries and organisations will likely not have the funds to continue financial assistance, which will have knock-on effects for countries like Tuvalu. The challenge now for the government is not only to stop COVID-19 from entering Tuvalu but also to avoid future financial instability when COVID-19 is no longer a threat.

From our vantage point in Tuvalu’s capital, issues of accountability, national topography, the uncertain dichotomy of public and private, and financial cost strike us as the most intriguing of Tuvalu’s response to COVID-19. They capture aspects of Tuvalu’s culture, geography, and economic situation that drive how Tuvalu is reacting to the pandemic and that explain why response measures must be specifically tailored to local contexts.

The views expressed are the authors’ own and do not reflect those of the institutions they are affiliated with.

Tala Simeti
Tala Simeti is a Fisheries Economist for the Government of Tuvalu.