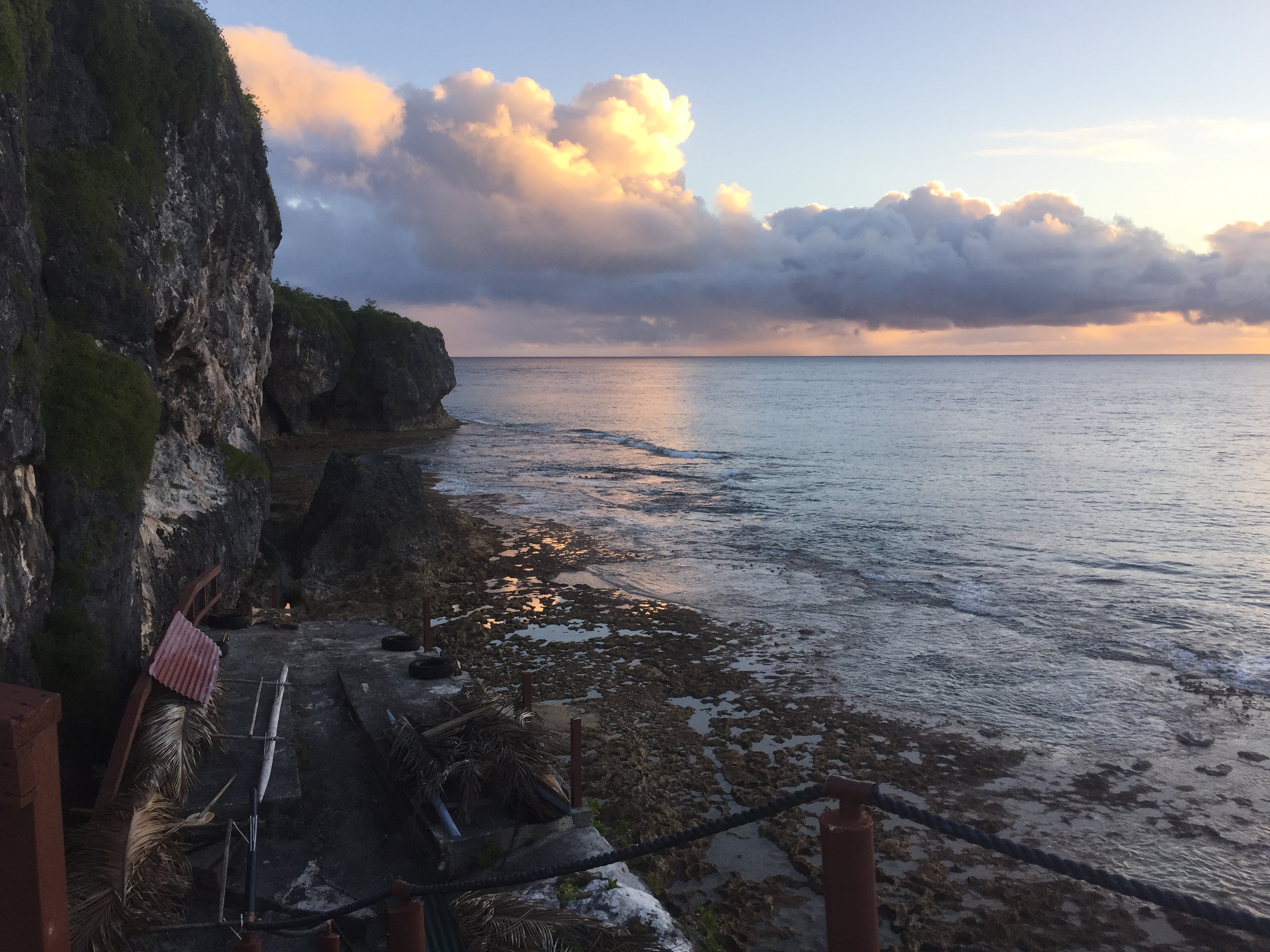 I sat amongst a symphony of discussion, typing, and phones in the background, listening to the Director of Community Affairs in Niue, Charlene Tukiuha, detail her job description. “People wear many different hats here,” Charlene explained to me after listing her many different roles. She tells me about how almost everyone has a combination of church roles, village positions, and household responsibilities, on top of their careers. In Niue, this sort of multi-tasking is the rule not the exception. In fact, a four-day work week policy was implemented to allow Niueans to spend more time doing volunteer and community work. With a population of less than 1,600, there’s a lot of pressure on human resources, but that certainly doesn’t slow anyone’s passion for their community.

Charlene told me a story that illustrated some of this vigor. During the mid-1990s, there was a big push for Pacific Island countries to sign and ratify the Convention on the Elimination of Discrimination Against Women (CEDAW). The Cook Islands, another self-governing state in free association with New Zealand, diligently compiled an initial report for the CEDAW committee. Cook Islands representatives brought the report to Geneva, only to have it explained to them that they had not technically ratified CEDAW. The assumption was that New Zealand’s ratification in 1985 covered the Cook Islands, but this turned out to be a misunderstanding, which in the realm of human rights in non-UN member states, is all too common.

In the Pacific alone there are nearly one million people living in states and territories that fall outside the scope of most international human rights mechanisms. With remaining imperialist legacies, all of these non-UN member states and territories are linked to a former or current coloniser. For example, the insular areas of the U.S. include Guam, the Northern Mariana Islands, and American Samoa; and France’s include French Polynesia, Wallis and Futuna, and New Caledonia. The lack of UN membership in these states is often overlooked due to the role of these big brother states; however, in practice, this functions to further estrange accountability in governance structures.

The most comprehensive international accountability mechanism for human rights is the Universal Periodic Review (UPR), a comprehensive peer review process among UN member states. Recommendations are made based on state party and stakeholder reports every four and a half years. Although rates of implemented recommendations are low, this system of monitoring and recognising shortcomings in human rights policy is incredibly valuable for all stakeholders. Several major international treaties like the Convention on the Rights of the Child (CRC) and CEDAW also function similarly, with comprehensive reporting procedures and review to ensure accountability.

In addition to having numerous states and territories outside the scope of the UPR, the Pacific Islands also has the lowest rate of international treaty ratification in the world. Therefore, although governments might be well-intentioned to protect human rights, there is no international legal obligation to implement such policies, as there are in most other parts of the world. However, there are groups in the Pacific Islands promoting human rights. The Regional Rights Resource Team (RRRT) has worked for over 20 years in the region to promote and protect human rights and advocate for international treaty ratification. With growing regionalism, there have also been more concrete regional agreements which touch on human rights, including the Pacific Plan and the more recent Denarau 2015 Declaration. Regional efforts are very effective with best practices and tailoring unique human rights policies; however, the ability to monitor accountability and implementation are lacking in Pacific Island countries (PICs).

When it comes to state party reports, PICs are also notorious for delaying their reporting to a point where many of the treaties have adapted to provide concluding remarks for states based solely on past reports and stakeholder reports. Several treaties, including ICCPR, CEDAW, and CRPD, have also simplified reporting, instead of the demanding and extensive reporting every few years, they have updated reporting procedures to have state parties respond just to key issues. Although there is a strong argument in favor of gradual ratification of all the international treaties throughout the Pacific, the purpose of this article is to posit a path to improve practical accountability in human rights policy in the interim.

PICs are a vastly diverse and multicultural grouping sharing the same sea of islands. Populations range from 56 in Pitcairn Island to over eight million in Papua New Guinea, with diversity in culture, history, language, and governance. A strong path forward for all PICs and territories is to prioritise the knowledge and expertise of civil society organisations.

In all of the treaties’ reporting procedures, there are opportunities for stakeholder groups to submit shadow reports. Typically, they are very manageable and easy to complete, while highlighting a few specific human rights issues from their perspective. There are also options to submit joint reports and collect other stakeholder group endorsements. In maintaining an intersectional framework, this approach emphasises lived experience and grassroots accounts of the realities of human rights throughout the Pacific. It is particularly important in cases where the state party’s report is late or not submitted. Although many civil society organisations are already strapped for resources, training on these reporting procedures could make advocacy manageable and improve conditions in the long-term by raising issues from the grassroots level to the international stage. Additionally, this is an outlet for non-self-governing states and territories to raise human rights issues, especially if their associated state is party to the UPR. Although civil society groups will not have all the answers, this strategy would provide a more detailed look at human rights on the ground in PICs, particularly in areas that are often overlooked.

The most important and comprehensive reason we should be paying attention to how international human rights mechanisms function in non-UN member states and territories is because people live there, and they have fallen through the cracks of our attempt to protect and promote human rights around the world. We agreed with the Universal Declaration of Human Rights that all human beings are entitled to the same inherent dignity and fundamental, inalienable rights. By ignoring the way our well-intended human rights mechanisms function in certain places, we condone structural discrimination via unexamined policies and unquestioned practices. By training civil society groups on reporting procedures for applicable reporting mechanisms, we are able to take a step towards greater accountability when full UN membership and international treaty ratification might be far off.

Erin Thomas
Erin Thomas is an Adviser at the International Center for Advocates Against Discrimination (ICAAD). She is currently pursuing a master’s degree at the University of Auckland, with a focus on international development and human rights.