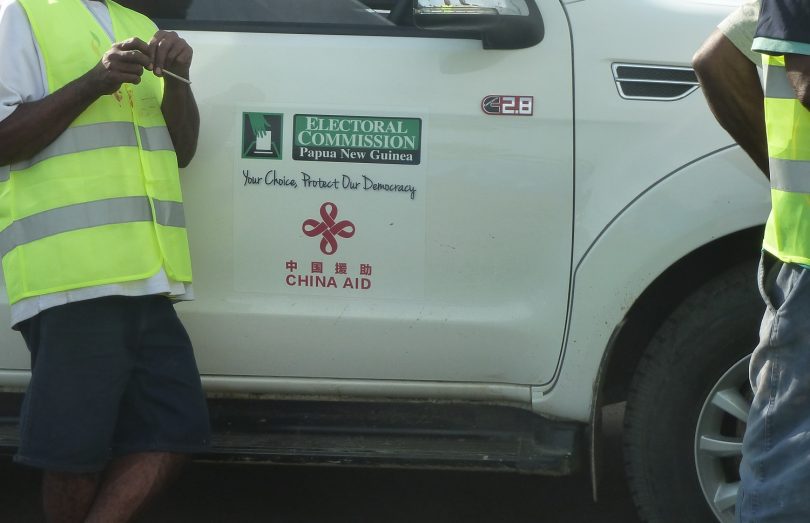 As I wrote in my previous post, the 2017 elections in Papua New Guinea fell far short of what the people of PNG deserve. In the previous post I also explained the central cause of electoral problems in PNG: a voter-politician relationship that provides little incentive for politicians to care about well-run elections.

This particular dynamic isn’t likely to change soon. This isn’t a counsel of despair though. The relationship isn’t wholly deterministic. Papua New Guinea’s next elections can be better. Here are some suggestions for what can be done. They aren’t aimed at any one in particular. Some could be championed by donors, but others will be better driven by Papua New Guinea’s domestic reformers. Papua New Guinea has a strong and vibrant civil society, and it will have a crucial role to play in improving elections.

A crucial start will be to press the government to adequately fund the electoral processes. Good elections can’t be run on the cheap. But PNG’s political dynamics mean politicians won’t focus on resourcing national electoral infrastructure unless they’re pushed. The government also needs to adequately resource the parts of the legal system that deal with electoral petitions and similar matters. If the courts aren’t functioning or are taking years to hear cases, dishonest candidates have a lot less to fear. If they’re running well, the consequences of electoral malfeasance will become a stronger deterrent.

Also, push for transparency in all aspects of electoral process itself. As I said in my previous blog, the least transparent parts of elections are often the worst. How was the roll compiled and cleaned? Your guess is as good as mine. It doesn’t have to be this way. In the next election the entire roll (or at the very least ward totals) should be published online, and then republished at each stage of the modification or tidying process. No need for fancy widgets; simple PDF files will do. The same process should be repeated with ballot paper distribution. Let’s know in advance exactly how many ballot papers are intended for each polling station. If illegal manipulation of the roll occurs, as was alleged in 2017, it will be easily spotted. If genuine accidents occur, they will also be spotted. Think of it as crowd-sourcing electoral quality. Speaking of crowd-sourcing, a government commitment not to needlessly silence civil society through court cases is essential too. Except in very limited circumstances, democracies allow free speech. They benefit from it as well.

Then make sure all full election results are made available in a simple form that lends itself to analysis. Jon Fraenkel has already argued for this and I agree. Obviously, as a political scientist who wants to make sure PNG’s electoral history is available to its people, I would like to keep the PNG Election Results Database current. But, more importantly, full results allow for double-checking. As it is, as Jon pointed out, the results aren’t kept secret from candidates. They all have agents gathering them during counting. So why not share this information with civil society, the public and researchers? I’m hopeful this will still happen this election. In the future it ought to as a matter of course.

Getting rid of one-day polling in the Highlands would be a good idea too. It serves no purpose other than to allow some politicians a head start in the government formation process. Polling staggered over many days would allow a stronger security presence. PNG’s police and security forces aren’t perfect, but they are better than polling stations controlled by candidates’ supporters. When supporters control polling stations, it is much easier to pressure polling officials. It is also much easier to prevent other candidates’ scrutineers from witnessing what goes on. This is a problem because having many witnesses with different political allegiances makes it harder to cheat. A stronger security presence would also make it safer for voters. Getting rid of one-day polling in the Highlands won’t solve all of the region’s electoral issues, but it will help.

Empowering the Electoral Advisory Committee and guaranteeing the resources and information it needs is another good idea. The Committee could serve as a powerful check on malpractice, but only if it is given real power to do so.

Finally, be very wary of snake-oil salesmen who promise easy solutions through electronic voting or biometric registration. Technology can help with electoral quality but only when it is accompanied by adequate capacity in the actual electoral system (as well as pesky things like electricity). Elsewhere, where technology has outpaced capacity, the results have been very poor. There’s no reason to think the problems that bedevilled PNG’s 2017 elections will be solved by technology. There is, on the other hand, plenty of cause for believing that these problems would bring down a high-tech electoral system. Fix the fundamentals first.

Bloggers aren’t meant to be humble, but I’m humble enough to admit my suggestions could be mistaken. If you think so, please let me know. Indeed, please discuss and debate as much as you possibly can. The road to better elections in 2022 starts now. And it needs to start with open discussion of what went wrong and what might fix it.

In my next post I will cover what Australia can do to help.

This post is the second in a three part series; you can read the other two posts here and here.