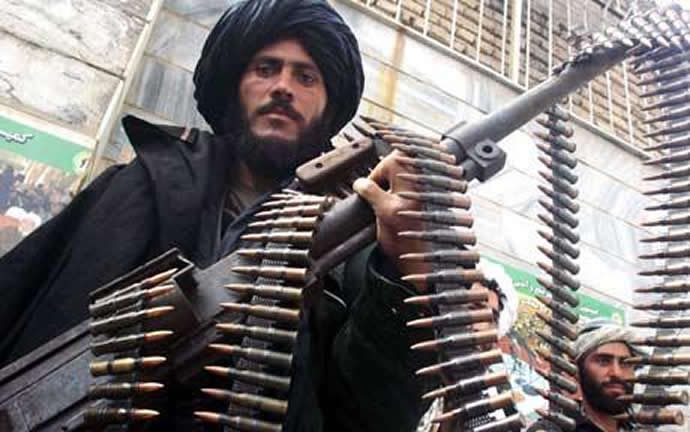 The US-Taliban agreement, signed on 29 February 2020, has created a sense of cautious optimism in some circles. But the critical question is whether it will be a breakthrough for building a lasting peace, or instead fuel a new form of conflict as the US withdraws. The failure of previous attempts at reaching a political settlement, and the Taliban’s pro-war narrative, add to these concerns. The US-Taliban agreement has been framed to achieve three goals. The US would gradually withdraw its troops from Afghanistan, the Taliban would offer guarantees against harbouring terrorists, and the Afghan government and the Taliban would enter negotiations with a view to achieving a political settlement and a permanent ceasefire.

War has imposed heavy economic and human costs in Afghanistan. A recent report by the United Nations Assistance Mission in Afghanistan shows that 2019 was the sixth consecutive year in which civilian casualties topped 10,000. Fifty-four per cent of the population live in poverty and one-third of the population is food insecure. It is no wonder that ordinary Afghans desperately crave peace.

Nonetheless, a range of difficult questions remain. How might the US-Taliban agreement be translated into a comprehensive settlement framework, and how could it pave a path to lasting stability? In the light of heavy criticism by experts on Afghanistan and former US policymakers, while the US tried to ensure that the process was carefully sequenced; and to make the agreement conditional on week-long reduction of violence. Yet the US bypassed the Afghan government; the agreement neglects the role of Pakistan and the safe havens it provides to the Taliban, and agreements with states exiting a theatre of operations may not be worth very much, something which South Vietnam learned in 1975. In addition, the agreement makes no mention of human rights, women, the Afghan government, and any mechanism to guarantee the implementation of the agreement.

There is also growing distrust between different actors in Afghanistan. President Ashraf Ghani is suspicious of how genuine the Taliban’s commitment to peace is, alluding to a “Trojan Horse strategy” to undermine the Afghan state from within. He stresses that it is necessary to test the group’s commitment for peace. Such concerns are legitimate, as promises made when groups are far from the levers of state power may offer little guidance as to how they would behave if power came into their hands.

The recent presidential election, with incumbent President Ghani being declared the winner by the Election Commission and CEO Dr Abdullah also claiming victory, has weakened the Afghan government position, especially given the very low voter turnout. But despite the tension, there is a firm consensus within the mainstream political establishment on the preservation of constitutional values, including women and minority rights. On the other hand, rather than talking about reconciliation, the Taliban have portrayed the agreement as a victory and an opportunity to oust the Afghan government post-US withdrawal. There is no sign that the group is committed to embracing reconciliation yet. The upcoming US Presidential election has added to the time pressure, giving more than what the Taliban group had bargained for. There is thus a growing concern that if the process fails, it may ignite a bloody civil war.

The agreement, moreover, is at best only the beginning. To ensure a lasting peace, significant economic investment in Afghanistan is required. Afghanistan in fact needs a comprehensive plan for a post-settlement order to sustain the gains since 2001, revive the economy, and integrate militias – both those Taliban who fight against the government and those who are loosely allied with the Afghan government. If the war ends, according to an estimate by the US Special Inspector General for Afghanistan Reconstruction, more than 60,000 Taliban fighters will need to find new livelihoods and to be integrated into civilian life. This is a very tall order.

If everything goes well politically, the country will need sustained and increased flows of foreign aid, and reorientation of its priorities towards building political stability and delivering inclusive development. A conservative estimate by the World Bank shows that Afghanistan will need US$6 billion to US$8 billion a year in international grants between 2020 and 2024 to fund basic services, support economic growth, and sustain a reduction in violence in a post-settlement order.

The reform and strengthening of the legal system will also be crucial, particularly to foster private investment. If all goes well, private investment could increase because of a boost in investor confidence. The integrity of institutional arrangements will remain crucial. Reform and strengthening of civil and military institutions will be key to achieving the objectives of the agreement, ensuring law and order, and building the trust of people. Without sustained international engagement, that may well not happen, and the consequences could be dire. The real test for achieving lasting stability in Afghanistan is still to come.

William Maley is Professor of Diplomacy at the Asia-Pacific College of Diplomacy, Australian National University.