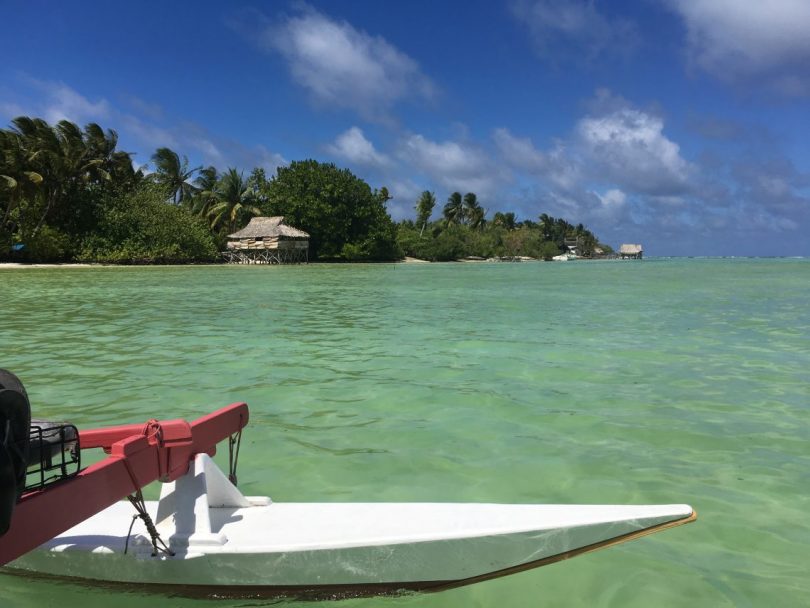 In the previous posts in this series, I have discussed the criteria for Least Developed Countries (LDCs) in the Pacific, how Kiribati compares to LDC peers, and what potential graduation may mean for Kiribati in terms of International Support Measures (ISMs). A key argument used by the Government of Kiribati to avoid graduation has been to focus on the Economic Vulnerability Index (EVI) criterion used to assess LDC status. The key sources of vulnerability are the reliance on a single industry (the purse seine tuna fishery), and climate change.

This post explores the attempts at economic diversification with a particular focus on a key area of Kiribati Vision 20: tourism development. Not only is tourism a major focus of Kiribati Vision 20, the government is also putting its money where its mouth is with the recent purchase of two Embraer 190-E2 aircraft for an estimated cost of $37 million each.

A host of small island developing countries are in fact targeting tourism as a dominant strategy – especially in the Pacific. The crowded Pacific tourist market and inconvenient transport links will make it difficult for Kiribati to immediately compete with other destinations nearby, notably Fiji and Hawaii which are the main air-transit links to Tarawa and Kiritimati islands.

In fact, with just 5,663 total arrivals in 2017 (compared to 842,884 for Fiji), Kiribati is one of the least visited nations in the world. With such a low level of international visitation, it follows that local services would require significant investment and training to reach a similar service standards to the rest of the region. Environmental issues, particularly the poor health of Tarawa lagoon, also present major hurdles. More broadly, in Tarawa (the main island), environmental and urban overcrowding are likely to result in low returns on tourism investment and poor tourist experiences. Outer islands have more potential, but are more expensive to develop.

Even with significant growth rates, tourism is unlikely to provide the short- to medium-term development outcomes that the community expects. For comparison, the comparatively small tourism market of the Cook Islands (population of 15,000) is heading for high-income status but took over 30 years to reach its current tourist numbers: 169,000 tourists staying an average of eight days.

This does not suggest, however, that tourism development should not be a long-term aim for Kiribati authorities. Tourism can have many pro-poor spill-overs to the general population, and has been shown (in the case of Fiji and Vanuatu) to be resilient in the face of economic and environmental shocks. The multi-million dollar question is: what is the best way to grow an industry that doesn’t have any natural advantage over its neighbours?

The risk of choosing a single-industry economic policy are obvious: what if the investments don’t pay off? There are numerous examples across the Pacific where tourism-based gambles have wasted precious government resources on public investments in hotels and airlines. Kiribati has its very own example: the Otintaai Hotel in Tarawa, a government-owned hotel that was supposed to be the focus of Tarawa-based tourism, has failed to live up to expectations. The hotel hasn’t been the largest accommodator in Tarawa for some time, and government efforts to revive the site have struggled to gain traction. Recently, half of its rooms had to be demolished due to safety concerns from poor upkeep.

There is no guarantee that the significant financial investment by the Government in two Embraer 190-E2 aircraft will necessarily increase the number of passenger arrivals into Tarawa or Kiritimati island. There are already international air-links into Tarawa once a week via Nauru (Nauru Airlines) and Honiara (Solomon Airlines), twice a week via Nadi (Air Fiji), and once a week via Nadi-Honolulu to Kiritimati island (Air Fiji). With current capacity utilisation on these routes already low, two additional aircraft operated by a new airline will likely struggle to gain traction without significant subsidisation by the Government. If Air Kiribati performs well, the likely outcome would be a reduction in the passenger share of competing airlines, rather than net gains in overall tourist numbers. Fiscal risks aside, success for Air Kiribati does not mean success for Kiribati tourism overall. And if there are more tourists, where will they sleep if there are no new accommodation options in Tarawa/Kiritimati ready and able to house them? The development of such infrastructure takes time.

As opposed to directly investing in the industry, the immediate need is to create an environment for the development of private sector opportunities. To do this, the government would need to undertake direct investment in core public services and engage in meaningful regulatory reform as ‘precursors’ to services growth. These precursors would ultimately make it possible for a marketed tourism product to sell in overseas markets and give confidence for entrepreneurs to invest. These precursors could also be beneficial to the local population, be pro-poor, and should be pursued regardless of whether the Kiribati tourism industry is successful or not. They include:

Failure to address these will degrade the ability of Kiribati to establish a widespread industry that can generate substantial jobs – especially in the Pacific context, where there are easy alternatives at much more advanced stages of destination development. A tourism industry takes a long-term strategy with many moving parts and stakeholders (that is, not just government).

Kiribati should focus on these precursors ahead of more direct investments that may absorb large amounts of resources with little immediate return. To be concrete, the government should invest in sanitation, water, and basic education ahead of industry-specific measures such as flight subsidies, international marketing campaigns, or direct market intervention/creation (for example, building hotels). In this way, any public investment in core activities of government will have benefits beyond supporting an industry that may or may not eventuate.

Targeted public expenditures will not be enough. Supporting private sector engagement will be a significant challenge for Kiribati which ranks 157 (out of 190) on the 2018 World Bank Ease of Doing Business Indicators, has stringent foreign investment controls, a lack of idle land, and no banking and finance legislation. Addressing these issues would be a useful starting point for broader economic participation by the private sector, and would require significant regulatory change. Examples would include the lifting biosecurity embargoes that appear to have little correlation to domestic agricultural risks; reviewing the tariff structures on imported foodstuffs; increasing the minimum tax threshold for small businesses; allowing electronic settlement of public sector payments to suppliers; eventual withdrawal of public enterprises from areas directly competing with the private sector (such as printing, carpentry, construction, shipping and widespread public housing).

By utilising its current fiscal resources to build the precursors to private sector growth, and by focusing on the environment for business, Kiribati could avoid the pitfalls of trying to pick winners and having significant public investments (like the Otintaai Hotel) fail to bear economic dividends. Tourism should be part of the country’s future, but only will be if it is approached in the right way.

This blog is part of a series. You can find the first blog here, the second blog here, and the third blog here.