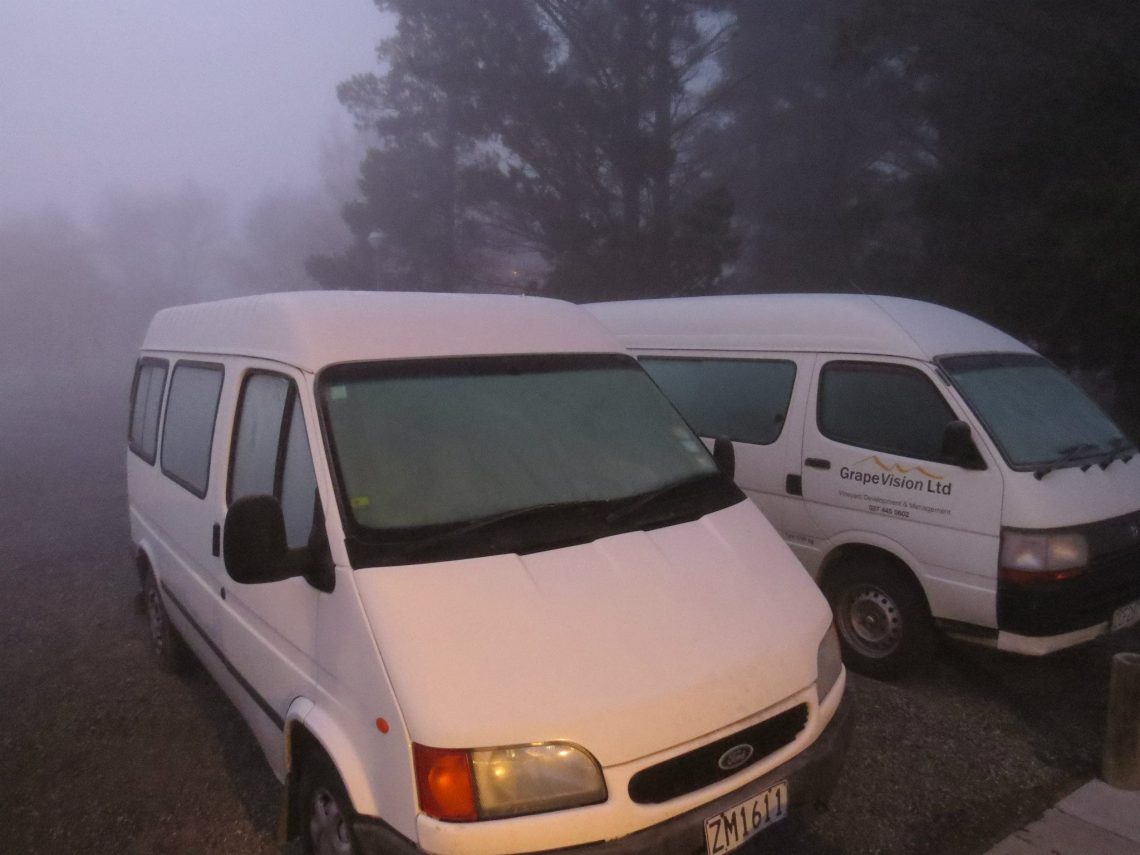 Some employers choose to purchase vehicles for worker transportation, providing a cheap (or no-cost) option for workers (Credit: Peter Bumseng)

Seasonal workers participating in Australia’s Seasonal Worker Programme (SWP) and New Zealand’s Recognised Seasonal Employer scheme (RSE) are faced with the problem of being overcharged for transportation to and from their worksites. Unlike accommodation, which is well documented, transportation services and costs for seasonal workers are rarely addressed. Like other ‘wrap around’ services, such as accommodation, the costs for transport and the services provided vary. Workers trust providers to charge fair rates for their services, however research has shown (here, here and here) that excessive costs for transport have been imposed on workers, and transport providers have been criticised for disproportionate charges.

As part of the application to become an approved employer under the SWP or RSE scheme, employers/labour contractors must submit a list of proposed deductions for wrap around services. These deductions are assessed by the government agencies overseeing the seasonal work schemes. But how the costs associated with these services are deemed to be fair for workers needs further attention. Employer deductions is an area where there is a risk of exploitation, and one that requires ongoing monitoring and oversight.

In my initial New Zealand (Central Otago) and Australian (Victoria) case studies (2007 to present), employers did not, and still do not, charge a fee for transporting workers to and from work. It was only when workers wished to borrow vehicles for personal use that a charge was applied. Outside of those case studies however, it is common practice for employers to make regular deductions from workers’ wages for transport. The key question is: ‘what is an acceptable charge for transport?’ There are employers/labour contractors who, rather than owning their own vehicles, hire vans from third party providers for the duration of their workers’ stay. This is an extra cost to recoup from the workers. More consideration should be given to the idea of employers purchasing vans and on-charging costs to workers until vehicle repayments are made, or only charging workers to cover the basic running costs (as some employers are indeed currently doing). The transport needs of workers’ out-of-work hours also varies. Lack of access to transport can hinder workers’ participation in local community and church activities, which may contribute to a sense of isolation.

In one case in Australia, a large group of workers complained that they were paying $60 each per week for transportation, a cost they felt was excessive. It was a 20 minute drive to the pack house. Over 20 workers in this group travelled in two vans. Assuming they were standard eleven-seater mini-buses (as are often used for transporting seasonal workers in both countries) and that those vans were full, the labour hire company (since out of operation) who owned the vehicles was receiving $1,320 per week from workers. These workers were contracted for 20 weeks, and paid at least $26,400 in transportation fees during this time. This was the worst case of excessive charging I had come across until recently, when a group of workers from Queensland showed they were paying $75.60 each per week, also to travel 15 to 20 minutes to the worksite. One would think that employers/labour contractors purchasing vans would be more appropriate than renting from third party providers. Clearly the charges mentioned above demonstrate that purchase of a van worth $10,000-15,000 would not be out of the question, even with on-road costs. In a recent large-scale study examining labour challenges in the Australian horticulture industry, Howe et al also found ‘inflated deductions for transportation, accommodation and equipment’ imposed on workers.

Upon further investigation, a number of RSE and SWP workers from Samoa, Timor-Leste, Tonga and Vanuatu have stated that transportation costs vary from $30-80 per week. Understandably there are on-road costs, however charges need to be monitored more closely. Often, government officials argue that it is ‘what workers sign up for’. Workers agree to these costs when signing contracts in their home countries and are aware that employers/labour contractors cannot make these deductions without their permission. However, the reality is workers do not necessarily know what the exact payment is for and will sign their contracts in order to gain the opportunity to participate in seasonal work. It is important that they do not find themselves in a situation of exploitation. Just as the fair cost for ‘suitable’ accommodation is in question, the fairness of transportation costs imposed on workers also requires examination.

Employers and labour hire companies that recruit for the RSE and SWP appreciate workers for their reliability, productivity and generosity. Because these schemes are government audited, seasonal workers sign contracts expecting that their welfare is a priority and that they will not be exploited. Documenting and reporting unscrupulous employers/labour contractors – who use these schemes to generate revenue through excessive charging – is required, as is closer examination of how much workers are charged and exactly what services they are paying for.

This is an edited version of In Brief 2019/12, originally published on ANU’s Department of Pacific Affairs as part of their In Brief series.