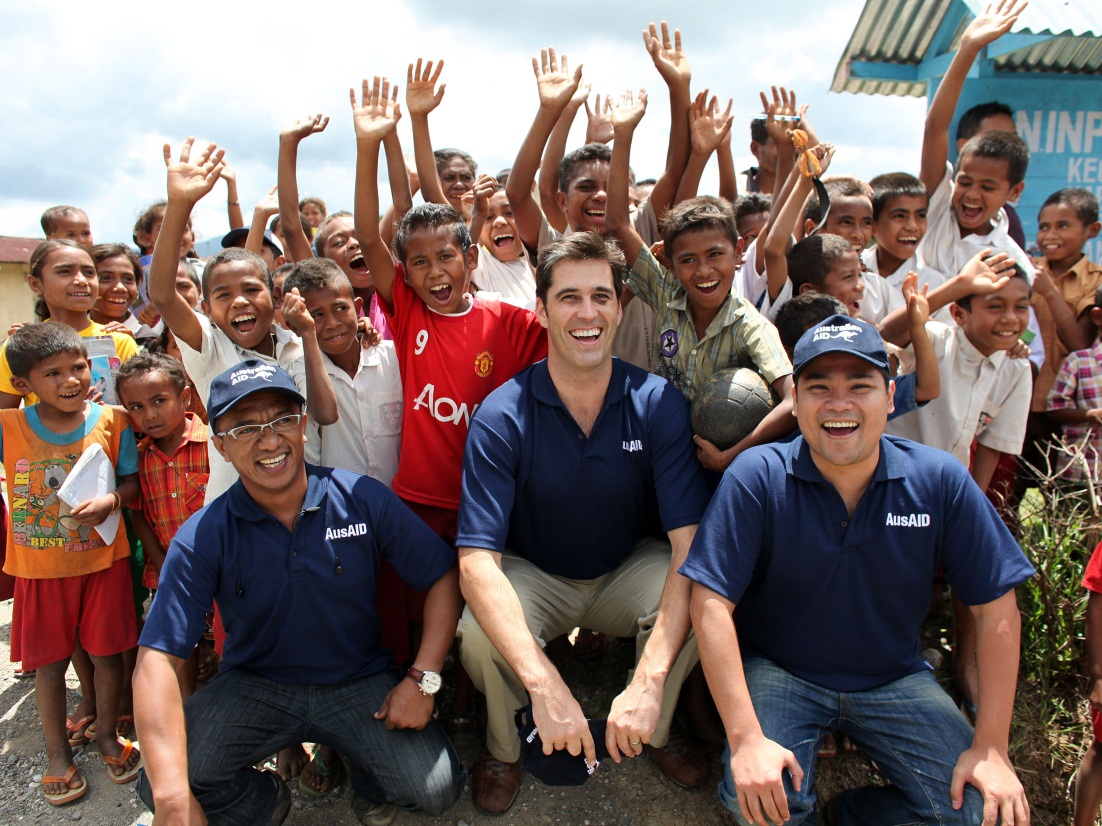 Much has been written on this blog and elsewhere about the potential impacts of the DFAT-AusAID merger. Some have emphasized the positives: the aid program will more closely align with our foreign policy agenda and be more accountable, and even that it might use less jargon. Others have suggested that it could lose direction, and that DFAT could lose its capacity to implement a quality aid program.

Robin Davies wrote about the need to reconcile two different workplace cultures, and hold onto the wealth of experience from AusAID whilst adjusting to the realities of the new DFAT aid architecture and organizational culture. While integration is still a work in progress, it’s interesting to consider the consequences beyond Australia and how this change will impact locally engaged staff – the backbone of AusAID.

In DFAT, local staff are decidedly subordinate to Australian diplomatic staff (‘A-based’ personnel). In recent years, this was not always the case with AusAID. But the changes that have taken place since the AusAID-DFAT merger have seen the aid program return to the sorts of structures used typically in foreign ministries – with local staff mainly in clerical, administrative and logistical roles, and certainly not supervising A-based staff or speaking on behalf of Australia.

There are early indications from Indonesia that as a result of this, local staff are looking for, and finding, alternative options. Their departure in substantial numbers, which looks very likely, could compromise the quality of aid delivery and thus reduce the claimed foreign policy dividends from the merger.

Anyone who has worked in international development understands the critical contribution that local staff make. An independent audit [pdf] of the Australian aid program by the ANAO in 2009 pointed out that local staff brought context-specific knowledge and language skills, and provided a degree of continuity with regard to corporate knowledge that posted Australian staff could not.

According to a Boston Consulting Group report on aid to middle-income countries, to be successful, donors need to strengthen their skill set beyond the traditional talent pool of aid administrators. Staff need experience working within national governments and the ability to credibly engage with government authorities, build relationships and gain access to stakeholders. This is what local staff bring to the aid program.

Recognising this reality, James Gilling, Mark Baird, and Hal Hill argued [pdf] in a 2008 ODE assessment that the sort of aid program needed to score serious diplomatic points in middle-income Indonesia required staff with a deep knowledge of national development issues and capacities. They concluded that AusAID would ‘need to invest far more systematically in the capacity of staff in Australia and overseas, and take much greater advantage of the excellent skills and experiences of locally recruited staff.’

And AusAID did just that.

Prior to the DFAT merger, AusAID was widely regarded as one of the best places for an Indonesian to work in the development sector, if not the best. As part of the changes introduced, locally-engaged staff were taking on increasing responsibilities and being empowered to drive and run a cutting-edge aid program. AusAID also engaged a cadre of local hires (including some international experts resident in Indonesia) to advise AusAID staff on program decisions, convene groups of local stakeholders to push for policy reforms, and open doors with government officials. The increasing responsibility given to local AusAID staff was reflected in levels of pay and conditions sufficient to ensure that AusAID could attract the ‘best and brightest’. The large size of the aid program and the cutting edge program being delivered in Indonesia meant that AusAID quickly became the envy of other bilateral donors (USAID, DFID) and multilaterals (the UN and the World Bank), which had traditionally had their pick in terms of local staff.

AusAID’s local staff were the ‘cream of the crop’, graduating from leading universities in Indonesia, Australia, Europe and the United States. Even some of Australia’s top Indonesian aid experts were supervised by Indonesian staff. They brought extensive experience working for other aid organisations and a wealth of experience from other sectors. Many managed some of AusAID’s most innovative programs, overseeing teams of staff – Australians and locally-engaged alike – and large budgets.

So why should Joe Bloggs care?

Australia’s $500m aid budget to Indonesia is a sizeable investment that has had some very positive results [doc]. Countless visiting Australian officials can attest to how well it is has been received and you could go anywhere in Indonesia from Aceh to West Papua and hear about the great work of AusAID – exactly the sort of value-for-money foreign policy objectives an Australian Government is keen to see. The high quality aid program is one of the strongest pillars of our close bilateral relationship with Indonesia.

The high quality of local and international expert staff and the quality of the programs they managed in Indonesia were in large part responsible for these significant benefits to Australia’s image in Indonesia. Where there have been differences between the two governments, they were often the ones to bridge cultural gaps and perceptions. Through their vast networks, they were often able to gain access to senior government officials and their staff. Some were even on a text-message basis with very senior Indonesian government counterparts. During one of the lowest points of the Australia-Indonesia relationship – the spying allegations in 2013 – it was local staff who maintained communication with Indonesian officials when this was not possible for DFAT representatives.

There is no doubt then that local staff add significant value to the aid program. This suggests that DFAT should think carefully about the implications of the recent merger for local staff. Unless handled very carefully, the changing conditions brought by it will inevitably affect the quality of the aid program. It may be possible to access some degree of local knowledge and expertise through contractors and other development partners. But serious questions need to be asked about the extent to which contractors can really be a suitable replacement for this embedded institutional capability.

Ben Davis is International Development Coordinator (Southeast Asia) at the University of Sydney. He worked with AusAID/DFAT across a number of programs in Canberra and Jakarta from 2009–2014. Rivandra Royono is graduate student at the John F. Kennedy School of Government, Harvard University. He worked with the World Bank and AusAID/DFAT in Jakarta from 2006 to 2014, with a focus on the education sector.

Ben Davis is International Development Coordinator (Southeast Asia) at the University of Sydney. He worked with AusAID/ DFAT across a number of programs in Canberra and Jakarta from 2009 – 2014.

Rivandra Royono is graduate student at the John F. Kennedy School of Government, Harvard University. He worked with the World Bank and AusAID/DFAT in Jakarta from 2006 to 2014, with a focus on the education sector.