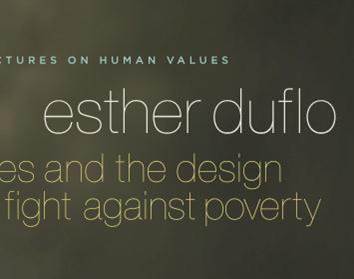 The belief that that the poor know best is one of the few things that unite most of the voices in debates about development. Libertarians like William Easterly lambast the paternalism of aid and promote alternatives such as vouchers to allow the poor to choose themselves how they’re assisted. Within large aid donors like the World Bank, much of the economic modelling that underpins the policies they promote has been based on assumptions of optimal, rational, self-interested choice. And in the NGO world, approaches such as participatory development and community driven development hinge on the belief that aid helps best when recipients choose what it will be used for and how.

It’s easy to see the appeal of these positions: they are optimistic about human potential; they speak to the power of free choice; and they counter an ugly tendency towards condescension that often taints the way the rich think about the poor.

The only trouble is, their fundamental assumption – of the poor inevitably making the best choices – is wrong: at odds with much that has been learnt from recent work in behavioural economics and, increasingly in recent years, in development economics too.

At the forefront of work taking place in development economics is Esther Duflo, one of the senior researchers at MIT’s Poverty Action Lab. With her collaborators (particularly Abhijit Banerjee), Duflo has been at the centre of the new empirical turn in the study of poverty in developing countries. The studies involved are often small scale, but there have been a lot of them. And their findings aggregate up to an interesting, nuanced picture of the choices of the poor.

In her two Tanner lectures from earlier this year Duflo does an excellent job of summarising what they’ve learned, and what it means (thanks to blogger Lee Crawfurd for the original link to the lectures; you can find a lecture transcript here).

It turns out that, instead of making optimal choices, often people living in poverty make mistakes. They tend to be overly risk averse, foregoing economic opportunities. They get investment and insurance decisions wrong. And they often neglect to take simple actions such as chlorinating water that would deliver significant benefits.

There are good reasons for this. Some are economic: up to a point it makes sense for the poor to be risk averse – when you are living in poverty the costs of things going wrong are higher. Some are psychological: making decisions, especially if they involve the unknown is mentally taxing and people – particularly people already busy managing everyday issues – often avoid them, leading to a status-quo bias in behaviour. Some reasons involve information costs: gathering information to make the right choices requires time and knowing where to get the information from. And some reasons involve social complexity: using information to guide choices requires that we trust the source of information, but often for the poor it’s hard to know who to trust. (The government representative, when you’ve experienced government repression? The doctor at the health clinic who always want to sell you costly medicines from his dispensary?)

Duflo also details some interesting aid work attempting to offset people’s propensity for error. Information programmes; programmes providing help with decisions; aid involving incentives to ‘nudge’ people towards the right choices. These aren’t panaceas but are examples of how the insights of people like Duflo can lead to better aid outcomes.

Having said what it might lead to, it is also important to stress what Duflo’s work does not lead to.

First and foremost, it is not evidence for the conservative belief that poor people are poor because they behave poorly. Poverty may make the consequences of mistakes worse, and the circumstances the poor live in may make it easier to make mistakes. But mistakes don’t explain poverty. If they did, we would all be poor. (We all make mistakes, after all.)

Second, the fact that people make mistakes does not mean that other people will inevitably make better choices on their behalf. As I said, everyone makes mistakes. And while poor people may make decisions in poor information environments, there is only a limited set of circumstances where information possessed by outsiders will be better. And there are issues of power to consider: the history of colonialism and the worst aspects of poverty policy in our own countries provide plenty of evidence of people abusing the power to decide for others.

Third, while the work of Duflo and others on the problems of choice amongst the poor is interesting, it is not a theory of under-development. It does not, to my mind explain why some of the world’s countries are so much poorer than others. As I said, everyone makes mistakes, and history provides no reason to believe that the development transformations of countries such as ours (or such as South Korea more recently) took place because people started making fewer of them. It was something else – external economic factors, luck, good institutions – that put today’s developed countries on the path to the place they now inhabit: full of people still stuffing up but not so poor.

And yet, even if it doesn’t provide us with a grand unifying theory of development, or any reason to be too confident that we, outsiders, can simply solve problems with our superior knowledge, the work of Duflo and her collaborators is important. Karl Marx once complained that thinkers wasted too much time trying to understand the world, when the point was to change it. Surely though, the great development failures – of both the left and right – that have taken place since Marx made this complaint have also taught us something else: if you want to try and change the world, it pays to understand it first.