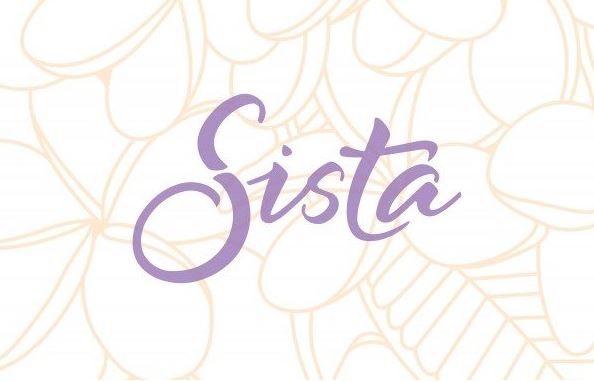 Sista is an online magazine for the women of Vanuatu

During a recent trip to Vanuatu, Tess met with Yasmine Bjornum, who is an activist for women’s rights and empowerment in her country. Listen to a podcast of their conversation, read the edited transcript, or read on for highlights of their discussion…

I began by asking Yasmine to tell me something of her background, and the story of her journey so far.

Yasmine was born and raised in Vanuatu, where her parents had migrated from Sweden (her father) and the Philippines (her mother). As she commented, this gives her a very particular position within the society, especially as an advocate for gender equity:

“It’s been interesting having to grow up in a Melanesian country with a Eurasian background, but I feel that it’s been able to really support the work that I do with women’s rights here. It allows me to kind of step back and have a look at gender and how the women’s rights movement is progressing in Vanuatu, because I’m not directly involved … Because I’m not indigenous and therefore I’m not directly held down by cultural barriers.”

In 2016, she launched Sista, which is an online platform that provides content that aims to raise the visibility of women and their achievements in Vanuatu’s society and economy. It is also a vehicle for amplifying the voices of women. Yasmine told me more about the vision for Sista and what its main achievements have been in the last two years:

“And for our key achievements, honestly … I think that … the biggest achievement that we have is our existence alone. I mean I feel … so much joy seeing my friends and I coming together to create this space and then seeing other women coming together to contribute to discussions, whether it’s about violence, whether it’s about public transport, that alone is enough. When we’re speaking about women, progressing the women’s movement in Vanuatu, it’s not just a moment, it’s a movement. And that ongoing dialogue is very important.”

As an offshoot of Sista, Yasmine has developed Sista Gat Style in conjunction with the Vanuatu Daily Post. I asked Yasmine to tell me a bit more about what the vision for this platform is. Is it just a fashion shoot or is there more to it than that?

She told me that Sista Gat Style is a vehicle to celebrate ni-Vanuatu women in all their diversity and with reference to all their achievements, whether in business, in politics, or in the community. And to do so in a way that is fun and engaging. But there is an underlying recognition that fashion is political:

“We had Sista Gat Style a few months ago, where we celebrated our first transgender woman, GG Baxter, and I think that was awesome to sort of, again, break down that—these perceptions of our transgender community and our women. And yes, that includes trans women. Sista stands very strongly with all women, and that includes trans women… fashion provided her that platform to be who she truly is.”

I asked Yasmine what she thought the stand out moments (good or bad) had been in relation to feminism in Vanuatu in recent years and this prompted an interesting and important insight. Although Yasmine describes Sista as a feminist platform, she was at pains to explain that the use of the term ‘feminism’ is really quite contentious in the Vanuatu context:

“… honestly, upon reflecting, I think the word feminist … that word is not common in the women’s movement here … in terms of being a significant change with feminist activism, you only hear young girls talking about feminism. Feminism is a very dirty word, especially for the older women … they see it as women trying to overtake, or women trying to be the boss, when that’s not what feminism is about.”

More broadly, Yasmine reflected that the lack of women’s voices in critical spaces tells us that there is still a long way to go in terms of changing underlying mindsets about gender and leadership in Vanuatu:

“If I may, let’s refer to yesterday’s newspaper, the front cover, where we had the Vanuatu National Council of Women celebrating their—the 15th conference of their organisation. And the front page was Minister Napuat talking about how women don’t need to have reserved seats … And in fact, if women stood in solidarity, we wouldn’t need reserved seats because we could fill up half the seats. But the fact is, it doesn’t matter what he said. If you just look at the newspaper article alone, we had over 100 women leaders there. And the front page is about one man speaking. And this is why our voices don’t get heard. They don’t get that we have all these structural barriers, these power dynamics that we have to go through … The media, the government, everyone needs to do better. How can we have—that space is given to a man? We just heard one man speaking. Couldn’t we have found, out of the 100 women leaders, give them the platform for once?”

I asked Yasmine to tell me what the one change she would make that could catalyse real transformation in the Vanuatu context. She was very clear about what that would be:

“Oh, put women in leadership positions now. Like whether it’s through reserved seats, whether it’s in the media, on the front page of the newspaper, whatever. It’s time to put women—you need to get them visible. They’re invisible. And therefore, how can we really promote women if we don’t see them and if we don’t hear them? Even in places where that space is supposed to be for them. So, that’s what I would say.”

Yasmine Bjornum is a strong voice in her own right and is using her skills and resources to amplify the voices of many other women in Vanuatu. We can look forward to hearing more from all of them.

Yasmine Bjornum is an activist for women's rights and empowerment in Vanuatu and the founder of online platform Sista.