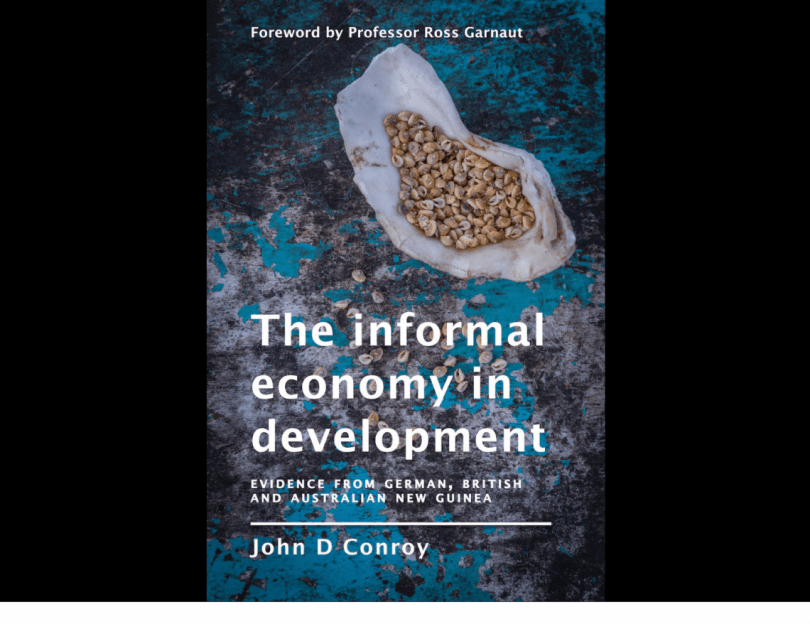 The term ‘informal economy’ refers to economic activity conducted outside the formal, regulated economic system. The anthropologist Keith Hart, who should be credited with identifying the idea of economic informality, explains the phenomenon in these terms:

The informal economy (or informal sector) became current in the early 1970s as a label for economic activities that escape state regulation. It arose in response to the proliferation of self-employment and casual labour in Third World cities; but later the expression came to be used with reference to industrial societies, where it competed with similar epithets—the ‘hidden’, ‘underground’, ‘black’ economy, and so on.

Hart’s description of the scope of the contemporary informal economy is expansive. He now argues that economic informality encompasses both the urban poor in their slums and the wealthy Australian clients of Panama City legal firms. My new book has a more limited scope and purpose. The informal economy in development: Evidence from German, British and Australian New Guinea takes the reader into territories and societies much more like those explored by Hart in his original research. That was set in 1960s West Africa, where he recorded informal economic activities conducted by rural-urban migrants in Accra, the capital of Ghana. What he saw there, including proliferating ‘self-employment and casual labour’ has come increasingly to characterise contemporary urban PNG.

My intention in this study was to examine informality in PNG in an historical context. Framed in terms of formality and informality in economic affairs, my account shows how European colonialism shaped the lives of Melanesians in the eastern half of the island of New Guinea over the century before PNG’s independence in 1975. It concludes with an epilogue presenting a brief sketch of changes in the economic environment of Papua New Guinea since Independence, and examining the implications of these changes for economic informality in the early twenty-first century.

My colonial narrative focuses on the experience of three urban places and their respective hinterlands. Two of these – Rabaul and Goroka – are seen as ‘lucky’ places while the third – Port Moresby – had to make its own luck. Part of Rabaul’s ‘luck’ lay in its having an immigrant Chinese population. Recruited as artisans and intermediaries by colonial capital, many Chinese quickly became independently employed and demonstrated the entrepreneurial energy of Monsoon Asia to Rabaul’s Melanesian population. These three parallel cases offer instructive comparisons between German and ‘Anglo’ (British/Australian) colonial ideologies, and their consequences. Since colonial regulatory and normative frameworks were derived from ideologies imposed by the European powers there is also some discussion of imperial understandings of ‘primitive’ economic systems, and of how these influenced colonial economic policy. 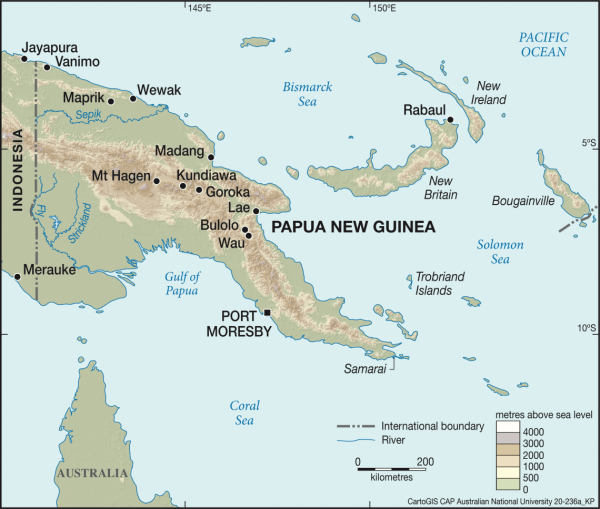 Whether the colonists were German, British or Australian they all imposed forms of bureaucratic regulation on Melanesians, while introducing or intensifying unfamiliar ‘market’ economic processes among them. During the colonial period Melanesians were relatively quick to engage in monetised exchanges similar to traditional utilitarian barter. They were also induced to enter into formal indentured wage-employment. But, in general, Melanesians proved unable either to initiate or to engage in more complex market processes. They were handicapped, as WEH Stanner observed, by having only ‘a simple division of labour, little specialisation, and an undeveloped system of trade’. This was an incapacity which constrained their productive engagement with the market economy and retarded their transition from subsistence agriculture to market exchange. This circumstance is an example of what Hart calls the ‘impediments to growth’ originating in ‘local material and social conditions’. Melanesians would be slow to overcome this handicap, whether in formal or informal modes of market economic activity.

A metaphor of ‘pushback’ threads its way through the book. Pushback provides a dynamic element, suggesting how Melanesians accommodated themselves to the introduced monetary economy by engaging in both informal and hybrid economic behaviours. While my account consists largely of the examination of standard texts, its novelty lies in their reinterpretation through Hart’s lens of economic informality. I reconsider the work of certain writers of the late colonial period who deserve our attention because of their continuing value for understanding the era. These include the historians Rowley and Oram, and anthropologists including Salisbury, Hughes, Finney, Stanner and the two Epsteins, all of whom informed contemporary debates about PNG’s preparedness for Independence. Certain economists, now also relatively neglected, helped frame post-war debate about economic development policy. Some were concerned with PNG (the ANU economist EK Fisk and his school) or, beyond Melanesia, economic theorists in the classical mould (including Peter Bauer and Hla Myint).

When considering the interface between economics and anthropology I found it necessary to examine the tension between two defining logics, supporting radically different understandings of economic processes. These are, first, a Smithian worldview (embodied in colonial ideology) which saw in humanity a universal propensity to ‘truck and barter’. Second, there is a Maussian logic of ‘the gift’. What is described by Chris Gregory as the exchange of inalienable things between non-aliens influences Melanesian behaviour profoundly. Adam Smith’s economising instincts are at odds with such exchange, conducted (as Mauss put it) ‘in ways and for reasons other than those with which we are familiar from our own societies’.

In the late colonial period, after the Pacific War, an ideological transformation occurred in the newly unified Australian ‘Territory of Papua and New Guinea’. The economic sub-discipline of ‘development’, whose origins are traceable to the eighteenth century and the classical economist Adam Smith, re-emerged in a decolonising world after having been eclipsed by a ‘neoclassical’ economics more concerned with allocative efficiency than economic growth. While before the war the dominant ideology had been one of extractive, commercial development, in the post-war era of Bretton Woods and anti-colonialism the Government of Australia adopted an ideology for PNG based on notions of economic development. My account examines the implications for economic development of Hart’s idea of informality, and considers how the new development orthodoxy both shaped informal economic behaviour and was itself reshaped by a dawning understanding of informality’s significance in the development process.

The last phase of the colonial era – the ‘preparatory period’ – was marked by internal contradictions, because an alien bureaucracy was expected to prepare the way for its own replacement. Keith Hart visited PNG in 1972 as a member of the ‘Faber Mission’. This was a consulting team commissioned to recommend economic policies for the soon-to-be-independent state. Members of the Somare government were disillusioned by inter-racial and inter-regional inequalities flowing from late-colonial policies of ‘accelerated development’. This sentiment caused the legislature to adopt the ‘Faber Report’ with enthusiasm – a reaction sustained only long enough to inspire the promulgation of a national set of ‘Eight Aims’ suffused with Hart’s idea of informality.

My account of this preparatory period examines both the government’s failed attempt to stimulate informal economic activity and the broader implications for economic welfare – played out for the rest of the twentieth century – of misguided wage and employment policies. An important subtheme is the contest of ideas in the 1970s between orthodox economists and Marxian analysts of economy and society. In his Foreword to the book, Ross Garnaut suggests ruefully that it may be too early to tell whether this contest has been finally resolved.

John Conroy’s 2020 book The informal economy in development: Evidence from German, British and Australian New Guinea is published by the Development Policy Centre, and available for free download here.