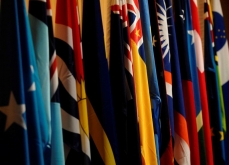 This week officials from Australia, New Zealand and 13 Pacific island countries will meet in Brisbane for the fourth round of PACER-Plus regional trade negotiations.  Usually such talks are hard-nosed affairs between seasoned trade lawyers seeking economic advantage for their nation.  The Australian government insists however that PACER-Plus is not a traditional trade agreement and that it will help the island countries ‘share in the benefits of increased trade and economic growth’.  Exactly how PACER-Plus might differ from Australia’s other trade agreements remains a mystery though, and with Trade Minister Craig Emerson studiously ignoring the talks a policy vacuum has increasingly emerged around the negotiations.

There is little by way of guiding principles for the negotiators to go by, nor is there any agreement on the potential scope of a final agreement.  What has been agreed is that a series of ‘common priority issues’ should be discussed first, including new arrangements for labour mobility within the region and amendments to the existing rules faced by Pacific exporters.  I’ll tackle the labour mobility issue in a subsequent post, and focus in this one on rules of origin.

The islands’ trade officials argue that changes to current rules of origin requirements are urgently needed to help Pacific countries export more manufactured goods, but Australian and New Zealand officials are dragging their feet on the proposed changes.  With fast-eroding margins of preference for Pacific exporters, a change of heart is needed soon if new rules are going to be worth anything at all.

Trade agreements usually include ‘rules of origin’ requirements, which specify a minimum local content or require transformative changes to the make up of a product before it is deemed eligible for preferential treatment as part of the agreement in question.  The raison d’être for such rules is to avoid a phenomenon known as trade deflection, whereby products are simply transhipped from non-eligible countries through eligible suppliers, with little or no local value added .  When the South Pacific Agreement on Closer Economic Relations (SPARTECA) [pdf] was negotiated in 1981 then, it contained rules requiring 50 percent of the value of a finished product to be added in the islands.  These rules aimed to deter firms from simply passing their goods through the Pacific to avoid paying import taxes in Australia and New Zealand.

It would be fair to say that Pacific exports to Australia and New Zealand have not bloomed under SPARTECA.  Close observers argue this lack of success ‘can most likely be attributed to the SPARTECA rules of origin’[1] – as the rules fail to take into account a greater dependence on imported inputs in island economies and the fragmentation of production across globally integrated supply chains.  Indeed in recent years there is growing acknowledgement that burdensome rules of origin undermine preferential trade regimes designed to help the world’s poorest nations.  Tony Blair’s Commission for Africa for example argued in 2005 that the EU should replace a complex set of rules of origin requirements for African exporters with a simple value-added requirement of 10 percent.  Research undertaken for the World Bank has furthermore found that allowing exporters to choose between either a change of tariff classification or a very low value-added threshold [pdf], would prove to be the least restrictive requirements for developing countries.

Exceptions to the rule?  Exports from Samoa and Fiji

While SPARTECA has proven disappointing for a diversification of exports from the Pacific, there have been exceptions to the rule. Preferential access to Australian and New Zealand markets enabled the development of two manufacturing industries in the region; namely the export of car-parts from Samoa and clothing and textiles from Fiji.  However both industries required policy interventions over-and-above SPARTECA and ad-hoc derogations from the rules of origin requirements of the agreement.

When the ‘local content’ requirements of domestic industry policy for the Australian motor vehicle industry was modified in the early 1990s to include Forum Island Country content, the Japanese automobile manufacturing firm Yazaki relocated a component factory from Australia to Samoa.  Essentially this meant outsourcing a labour intensive component of domestic car manufacturing (the making of electrical wire harnessing) to take advantage of lower wages in Samoa.  However, the value added in Samoa soon fell below 50 percent of the (re)exported good, and a number of ad-hoc derogations from SPARTECA rules were negotiated to keep the Yazaki factory running.  As former Trade Minister Warren Truss explains, ‘those concessions repeatedly had to be made more and more generous; otherwise they ceased to be effective’.  Over the past two decades, the Yazaki plant has provided wire harnessing to most Australian vehicle manufacturers and has been the largest single employer in Samoa outside of the public sector.  For a country with few wage jobs the economic impact of the plant has been significant, and in 2012 it still employs 950 Samoans.

Fiji’s garment export industry has likewise required special concessions on rules of origin and a favourable policy framework to expand and remain viable.  When the Australian and New Zealand governments dismantled protections for their own textile industries in the late 1980s many firms relocated operations to Fiji to reduce costs.  This coincided with a pro-investment policy environment implemented by the Rabuka government following the 1987 coup d’etat, including tax holidays for new factories and the establishment of low-cost ‘export processing zones’. At the time, amendments were also made to SPARTECA rules of origin allowing Australian and New Zealand content, even if initially sourced elsewhere, to count towards SPARTECA’s content rules.  This enabled Australian firms to import thread from low-cost sources in Asia and export fabric to Fiji, where it was made into clothing through so-called ‘cut, make and trim’ operations and then re-exported to Australia. As with car parts in Samoa, the labour intensive component of domestic manufacturing was outsourced to the Pacific.

By 1992 garment export earnings in Fiji were more than FJD100 million, and the sector employed more than 10,000 workers.  Incentives for Australian firms to export fabric to Fiji increased even further that year with the introduction of a special Import Credit Scheme (ICS), which rewarded Australian textile firms for increasing exports.  The number of tax-free factories in Fiji expanded from 27 in 1988 to 110 in 1999, and by the turn of the millennium around 18,000 Fijians, predominantly women, were employed in the garment sector.  The sector even briefly displaced sugar as Fiji’s number one export earner.  In 2001 the ICS was replaced by a new SPARTECA Textile, Clothing and Footwear (TCF) Scheme, which carefully manipulated the SPARTECA rules of origin requirements to allow Fijian exporters to source cheaper fabric directly from Asian producers, while maintaining incentives to use Australian fabrics.  Essentially the new scheme rewarded Fijian exporters with special ‘credits’ if products used Australian fabric and the ‘credits’ could then be used to export products that fell below the 50% value-added requirements of SPARTECA.  In late 2011 the SPARTECA TCF Scheme was extended to 2014.

Both the example of Fiji’s garment industry, and Samoa’s car-part exports, clearly illustrate that derogations from SPARTECA’s rules of origin have been needed for manufacturing exports to remain competitive in the Pacific.  They also indicate just how important domestic considerations in Australia and New Zealand have been for regional trade policy in the Pacific.

Limited benefits, and only if action is taken fast

It is widely acknowledged that manufacturing in the Pacific is a high-cost exercise.  Indeed, earlier this month representatives from the World Bank argued at a forum in Canberra that for most Pacific states ‘the economic costs of smallness and distance undermine export competitiveness in production of commonly traded manufactured goods and services’.  Arguably then, manufacturing is not an area of comparative advantage for island states and even with improved rules of origin, the potential for new export enterprises may be limited.

While there are likely to be limited benefits for Pacific exporters from new rules of origin, even these benefits can only be realised if changes are made very soon.  Why?  Because of the recently signed ASEAN-Australia-New Zealand Free Trade Agreement (AANZFTA).  By 2020 Australia and New Zealand will remove tariffs across the board for imports from ASEAN states, a move that will eliminate any margin of preference that Pacific exporters currently enjoy.  Furthermore, the rationale for maintaining restrictive rules of origin for Pacific exporters is increasingly invalid.  With low or non-existent tariffs in Australia and New Zealand, it is simply uneconomic for firms to tranship goods through the Pacific to avoid paying import duties.

The Pacific island countries have campaigned for changes to the SPARTECA rules of origin requirements almost since the agreement was signed more than 30 years ago.  They now explicitly argue that amendments should be made to the SPARTECA rules of origin as an ‘early harvest’ from the PACER-Plus talks, which could later be incorporated under a final PACER-Plus agreement.  Both the Australian and New Zealand officials argue however that changes to rules of origin should only be considered as part of a final PACER-Plus agreement.  With the PACER-Plus talks now set to drag on for years (negotiations for a new trade agreement between the Pacific and the EU have continued for almost a decade) it is not clear that new rules implemented at the conclusion of talks would offer any benefit to the Pacific island countries at all.