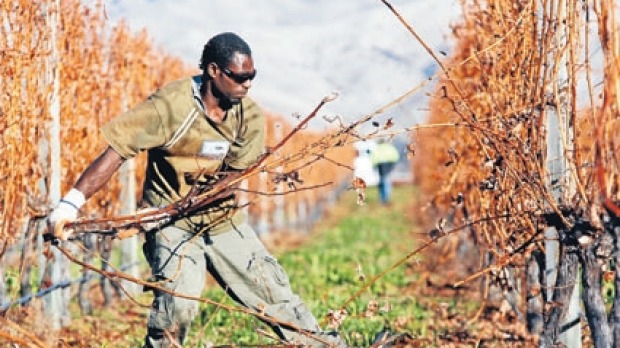 Why has New Zealand been more successful than Australia in employing seasonal workers and what are the lessons for Australia? The demands of different markets and the different capacities of employers in New Zealand and Australia to engage in export markets have shaped the take-up of the two seasonal work programs. Horticulture and viticulture are leading export sectors in New Zealand. The New Zealand government has had a strong interest in working closely with growers to identify and address obstacles. The Recognised Seasonal Employer (RSE) scheme was part of a wider strategy developed in 2004 to ensure these lead sectors were adopting best practice to lift productivity. The scheme was designed from the start from the stated need of employers for a more reliable and productive workforce than existing sources of labour. New Zealand employers also agreed to a clamp down on illegal workers and the registration of labour contractors to do this.

A key driver for the change in employer willingness to take on the extra cost of employing seasonal workers is New Zealand horticulture’s strong focus on the requirements of export markets. The demands of export markets in Europe require exporters to meet a supplier code of practice called GlobalGAP. This code of practice places a strong emphasis not only on high product quality, but also on the health, safety and welfare of workers involved in the harvest. New Zealand growers seeking to export wanted a stable, committed and trained seasonal workforce to harvest a high-quality product and to reduce waste. Employers also wanted to remove any threat to their export trade through bad publicity by stopping the use of illegal workers and improving the working conditions of the workforce.

Australia’s horticulture sector has been much more focused on meeting domestic demand, and the demand of the two largest supermarket chains. While more than 60% of New Zealand’s apple harvest in 2014 was exported, only 1-2% of total marketable production of apples and pears for Australia was exported. According to the 2012 annual report of GlobalGAP, there are 1,516 accredited producers in NZ and only 153 in Australia.

The Australian Seasonal Worker Program (SWP) was not developed from the ground up with strong employer involvement. Its framework was instead copied by Canberra from New Zealand and implemented in a top-down way without any understanding of the underlying success factors.

Judging by the responses of Australian horticulture employers to ANU-World Bank surveys in 2011 and 2014, the domestic market for horticulture is shaped by demand, based on cost and delivery on time. Paying more to lift quality is not evident as a major concern of growers in Australia. Most Australian employers of harvest labour also do not fear loss of markets due to bad publicity about the use of illegal workers or poor working conditions for legal workers. Four-out-of-five Australian growers surveyed in 2014 did not want to engage workers through the Seasonal Worker Program because they said there was no need to or that the costs and risks of doing so stopped them. It is important to note that the growers who did participate in the SWP had larger properties and harvest periods that are longer than the 14 weeks minimum period of work required by the SWP at the time of the survey.

A major increase in the take-up of the SWP in Australia is only likely if consumer and corporate buyers of fruit and vegetables demand changes to employment conditions in response to the growing evidence of poor working conditions for the harvest workforce (see here [pdf], here and here). Increasing media attention on stories of worker exploitation has the potential to foster a social media campaign for consumers to put more pressure on the major supermarket chains. Corporate buyers in turn will have to apply pressure on their suppliers for greater transparency and accountability for the health, safety and welfare of workers involved in the harvest. Another driver of change will come from a consolidation of ownership in the industry resulting in larger suppliers. Big operators have a greater incentive to seek productivity gains from a stable and trained workforce and have more resources to engage, train and pay workers appropriately. Only consumer pressure, corporate self-interest and a better resourced legal compliance system will improve employment conditions for the harvest workforce. These changes together would make it more attractive to employ workers under the Seasonal Worker Program.

Richard Curtain is an independent consultant with expertise in the areas of skill formation, program evaluation and analysis of youth labour markets. He works closely with Devpolicy on issues relating to Pacific labour mobility and is a regular Visiting Fellow.