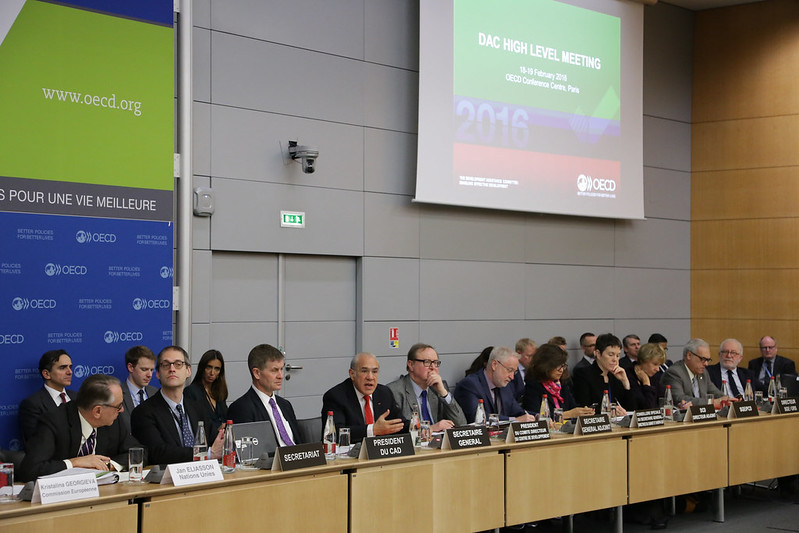 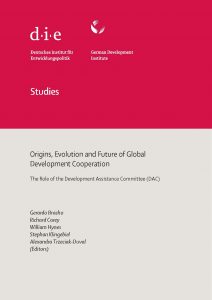 The book covers the 60-year history of the Development Assistance Committee (DAC) which began life as the nerve centre for development cooperation during the Cold War, and then became the thought leader for the Millennium Development Goals (MDGs). The new Cold War has made its job decidedly more challenging, though as necessary as ever.

Bracho sees modern development cooperation as part of the transition from an “imperialist” paradigm of international relations in which rich powerful countries exercise power over small weak countries, to a North-South paradigm in which rich states assume responsibility for supplying aid to poor countries.

For its part, the United States was traditionally reluctant to provide assistance to other states. And then, almost overnight in the 1950s, the US under President Harry S. Truman abandoned its isolationist tendencies and engaged in massive state-to-state aid for Greece and Turkey, and through its Marshall Plan to Europe. It was the Cold War threat to capitalism and liberty, and the politics of the rising “Third World” that triggered a change in the US position.

Indeed, Truman made the case for development aid in “Point Four” of his 1949 inaugural address, which is usually considered the starting point of modern development cooperation. But it was not until the second term of Dwight D. Eisenhower’s presidency, which started in January 1957, that the US seriously stepped up to the plate as an aid donor, spurred by heightened competition with the Soviet Union, which was offering both political support and generous economic assistance to developing countries.

Bracho’s chapter on the creation of the Development Assistance Group (DAG) and the Organisation for Economic Co-operation and Development (OECD), is particularly original and insightful. One could imagine that the creation of a talk-shop for policy coordination among aid donors would be a simple affair. On the contrary, this was a matter of high diplomacy and politics.

The plan of US Undersecretary of State Douglas Dillon was “to create a club of Western donors; to mobilise and coordinate western aid to confront the ‘Sino-Soviet economic offensive’ and distribute the aid burden more equitably among Western allies”. But this plan met considerable resistance from developing countries, the United Nations, the World Bank and even some prospective members. Moreover, the US Treasury Department opposed Dillon’s plan, which was only saved by Eisenhower’s veritable infatuation with the aid agenda.

The DAG came into being in March 1960, as an independent body with the following members – Belgium, Canada, France, Germany, Italy, Portugal, the United Kingdom, the US, and the Commission of the European Economic Community. The Japanese government was immediately invited to participate in the work. The Netherlands became a member of the DAG in July 1960. And the DAG became the DAC when it joined the OECD in late 1961.

Australia joined the DAC in 1966, five years before becoming a member of the OECD. Richard Woodward recounts that in Australia’s case, the Prime Minister and the Department of Trade were against OECD membership, despite support by Treasury and the Department of External Affairs. The concern was that Australia would come under pressure to escalate its aid flows and that Asian countries, important destinations for Australia’s exports, might dislike its OECD affiliation. In the end, participation in the DAC revealed to Australian officials the primitive nature of their aid infrastructure and furnished them with ideas about how to bring development assistance into the mainstream of economic policymaking.

How does the DAC actually function? Richard Carey, a former long-time head of the DAC secretariat, takes us into the nitty-gritty of its work – the exchange of experience and ideas, best practices and “soft law”, and policy reviews. A central theme is the progressive transition from donor-driven programming to working on a partnership basis with developing countries, civil society, the private sector and new donors like China. Specific chapters deal with DAC’s relations with the USSR/Russia (William Hynes and Alexandra Trzeciak-Duval) and Arab donor states (Hynes and Peter Carroll).

In the mid-1990s, after the end of the Cold War, “aid fatigue” struck at the political level when countries sought to reap a peace dividend. As reported by Carey and J. Brian Atwood, the DAC responded in a report titled ‘Shaping the 21st Century: The Contribution of Development Cooperation’ that set out a vision of seven interrelated goals for human development and sustainability, and a commitment to work in partnership with developing countries. These goals became the inspiration for the UN MDGs and, more recently, the Sustainable Development Goals (SDGs), whose backstory is shared by Olav Kjørven.

Improving “aid effectiveness” has long been a DAC priority. But as two former DAC chairs, J. Brian Atwood and Richard Manning, argue “implementation has struggled in the face of the day-to-day incentives of the many actors in an international system that has become increasingly complex”.

Trzeciak-Duval contributes excellent chapters on critical DAC work, viz: gender equality and women’s empowerment, environmental protection and sustainable development, and fragile states. But her most intriguing chapter concerns policy coherence for development, where the DAC has played an important role in highlighting “inconvenient truths” of how development effectiveness was undermined by other policies. In other words, while rich countries might maintain a pro-development discourse, their actions could be anti-development – such as through trade protectionism. In their chapter, Hynes and Simon Scott explain that it was not until 1969 that the DAC invented the statistical concept of official development assistance (ODA), and that collection of statistics remains an important DAC function.

Victoria Gonsior and Stephan Klingebiel authored the book’s penultimate and insightful chapter on ‘The development policy system now and in the future’. And it is clear that through the life of the DAC, development policy, and development finance in particular, have changed considerably. The work of the DAC is being challenged by new issues and new sources of finance – much of which is not ODA – such as foreign direct investment, migrants’ remittances, philanthropy, ODA from new donors like China and India, and non-concessional government finance like China’s lending for the Belt and Road Initiative.

But in a world where geopolitics and geoeconomics will always be present, and where the provision of global public goods will remain ever pressing challenges, ODA and development cooperation will remain key elements of global governance. And while the new Cold War casts its shadow over the world order, democratic countries will continue to benefit from cooperating through the DAC.

Our capacity to grapple with this situation can only be greatly enhanced by understanding history, like that offered by this insightful and comprehensive book.

John West is an Adjunct Professor at Tokyo’s Sophia University and author of Asian Century ... on a Knife-edge.