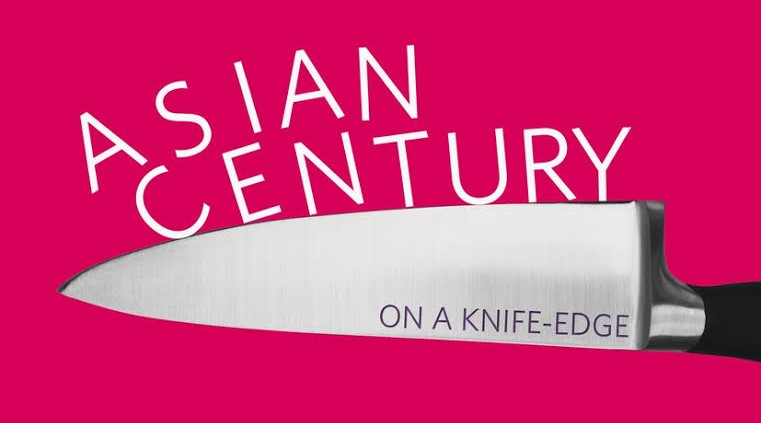 Cover of 'Asian century... on a knife-edge' by John West

In his new book Asian century… on a knife-edge, John West challenges the popular proposition that the 21st century will be the ‘Asian century’. He explains that despite many examples of stunning growth performances, measures of living standards and commercial and technological capacity in Asia as a whole are still well below those of global leaders like the United States and Germany. For example, although there has been substantial progress in reducing extreme poverty, the reality of Asian life is that fully one half of Asians are caught between poverty and middle class (based on $10 a day of consumption or income).

A host of topics and evidence are reviewed to establish what would be needed for most Asian economies to reach the living standards of the United States and other major developed economies.

West contends that the prospects for an Asian Century will depend on how Asia responds to seven challenges: getting better value out of global value chains; making the most of urbanisation’s potential; giving all Asians a chance; solving Asia’s demographic dilemmas; fixing Asia’s flawed politics; combating Asia’s economic crime; and living together in peace and harmony.

West identifies a weakening impetus from the technological catch-up factor, aging populations and the likelihood of a less open and stable global economic system as factors that will limit economic development over the longer term.

The reform menu includes attention to the basics – education, infrastructure, opening markets and widening opportunities for all Asians. But West highlights that it is the role for economic and political institutions that is critical for long term, sustained economic development. This proposition is well supported by the influential 2012 book of Acemoglu and Robinson Why Nations Fail, which identifies the essential role of ‘inclusive economic and political institutions’ (i.e. rules and policies) in ensuring long-term economic success.

According to Acemoglu and Robinson, these inclusive institutions must feature secure private property, an unbiased system of law, and ease of entry for people and businesses in pursuing their economic interests. The opposing concept is extractive economic and political institutions where power is concentrated in the hands of a narrow elite. West argues that East Asian success stories reflect the existence of economic and political institutions that were appropriate to circumstances at the time but whose quality is of increasing concern.

Examples of non-inclusive economic institutions include barriers to direct foreign investment and weak protection of intellectual property in most of Asia, and the hukou household registration system in China.

The hukou system provides a great example of a non-inclusive institution, where reform could extend the catch-up process and sustain high growth for decades. The hukou system restricts the movement of people from rural areas to the main cities, where productivity is substantially higher, and discriminates against people who do not have an urban hukou but work in urban areas. Cities in China are now divided into local and outside populations in what West describes as a system of ‘urban, social apartheid’. The outsiders do not have access to health care, education and housing services that apply for residents with an urban hukou. West notes that by the year 2020 there could be close to 300 million people working in urban areas without an urban hukou.

West also provides examples that support the contention that democratic institutions are generally weak in Asia, including its most democratic countries – Japan, Korea, India and Taiwan. Several topics are examined in detail: prospects for democratisation in China, oligarchic democracy in Korea and Japan, the Philippines’ gyrating populism, and military politics in Myanmar and Thailand.

Essentially the argument is that to go beyond the catch-up phase requires innovation and ‘creative destruction’ (as Schumpeter put it) whereby new firms with new ideas and technologies can readily take a leading role while many older firms fade in importance or exit. The point is that the scope for creative destruction is greatly inhibited in authoritarian societies or where political powers protect inefficient companies.

The book should be of interest to all those interested in fundamental factors affecting economic and political development and the prospects for Asia as a whole over the longer term. It is written in a highly accessible style and provides a persuasive case that it will be difficult for Asia as a whole to escape the ‘middle income’ trap that is a general feature of economic development.

This follows to the extent that inclusive economic and political institutions are essential in order to achieve advanced economic status, but difficult to bring into existence.

West’s overall assessment is that it is unlikely that the ‘Asian Century’ will mean Asia attaining advanced economic status, given the political barriers and a region with increasingly divergent interests. He argues that although Asia may soon constitute the bulk of the World’s economy, this will reflect its population size and not the income per capita of its citizens.

The full title of the book reviewed here is Asian century… on a knife-edge: a 360 degree analysis of Asia’s recent economic development by John West, of the Center for Global Discovery Sophia University Tokyo, Japan and Director of the Asian Century Institute. The electronic version of this book is available on open access here. Hard copies are available at most booksellers.