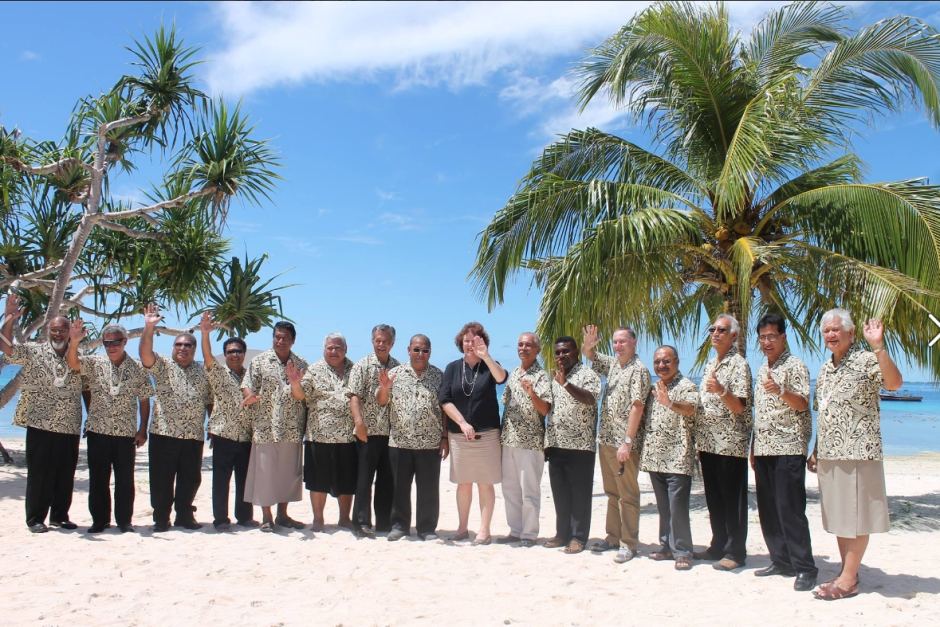 Further to my predictions for 2012, 2013 and 2014, here are my thoughts about what will be noteworthy in and for the Pacific island region during 2015. For those who would like a recap of what stood out for me last year, you can see my two-part round-up here and here.

For some countries and territories in the region, the political outlook is very much coloured by the events of last year. The new parliaments of Solomon Islands and Tonga are yet to meet and in New Caledonia the recent collapse of the congressional government has yet to be resolved.

Elsewhere, there will be focus on the maintenance of political stability. As I discussed recently with the prime minister of Vanuatu, this is an issue of significant concern for his government. Further north, in Papua New Guinea, the grace period during which the government of Peter O’Neill has been protected from motions of no confidence will come to an end during 2015. Whether this leaves him vulnerable to losing power before the general elections scheduled for 2016 is open to question although it is not likely as this is not a common occurrence in PNG. Of (possibly) more significance is O’Neill having been referred to a Leadership Commission, which is scheduled to convene in the early part of the year. A question mark hangs over whether or not this action will proceed as we await a determination by the National Court further to an application to stay the proceedings on constitutional grounds.

In Fiji, the establishment of democracy is still very much a work in progress, with the elections of last September constituting a first step rather than an endpoint. We can expect to see more wrangling around parliamentary processes and media freedom. Of particular interest will be the work of the Parliamentary Accounts Committee under the chairmanship of Biman Prasad. Assuming this committee is able to execute its mandate it will, among other things, scrutinise eight years’ worth of reports from the Auditor-General covering the period of military rule.

This year will be an important one for Bougainville with presidential and Autonomous Bougainville Government elections scheduled. All of this activity will form part of the preparation for a referendum on independence from PNG, which is slated to take place before 2020. Perhaps as a sign of things to come, Bougainville recently changed its time zone to put it an hour ahead of mainland PNG and in line with Solomon Islands.

At the regional level, the first milestone may be the summit proposed by the foreign ministers of Australia and Fiji to review regional architecture. If it goes ahead in the first quarter as timetabled, it has the potential to colour a number of other key regional activities including the rollout of the Framework for Pacific Regionalism [pdf] (the successor to the Pacific Plan). However, details of who will be there and what is on the agenda of this meeting remain unclear.

The Pacific Islands Forum Leaders’ meeting will be held in Port Moresby, providing another opportunity for Papua New Guinea to continue its assertion of regional leadership. A significant question mark hangs over whether PM Bainimarama of Fiji will attend.

Meanwhile, what does 2015 hold for the Pacific Islands Development Forum? Since its inception we have seen it develop from a potential organisation to an organisation with potential but what more is there to come? As things currently stand, there is no Secretary-General in place given the departure of Feleti Teo. The appointment of his successor will likely be a key indicator of what the future of this body is likely to be. It is very much the brainchild of the Fiji leadership but has yet to gain traction in the region as a whole.

This year will be another significant one for the Melanesian Spearhead Group. The Leaders’ summit will be held in Honiara and mark the transfer of chairing responsibilities from the FLNKS to the government of Solomon Islands. It is to be hoped that the longstanding dispute between Solomon Islands and Fiji regarding mutual landing rights for their airlines will have been resolved by then. Further to a historic meeting late last year held in Port Vila, we can expect the newly constituted United Liberation Movement for West Papua to submit a renewed application for West Papuan membership, as requested by leaders at a special summit convened in Port Moresby during 2014. Given the differing viewpoints on this issue among the membership, this has the potential to be a divisive issue.

These issues (and no doubt many more) will be keeping those of us who spend our time thinking about the Pacific interested and busy over the coming months.