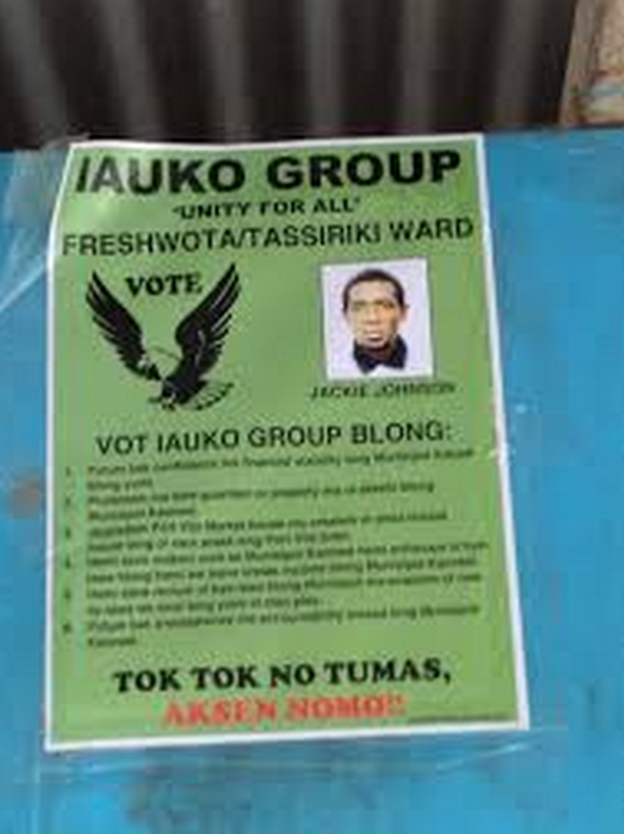 For 2012 and 2013, I provided prospective overviews of the year ahead for the Pacific island region. This year, I focus on elections, given their number and importance this coming year.

Municipal elections for Port Vila were held on 7 January. Preliminary unofficial results indicate that the parties that make up the government coalition bloc fared well, although voter turnout was low, which may in part be a result of the timing. This is the first election to be held since amendments to the Municipalities Act were made to provide for reserved seats on municipal councils for women candidates (5 from 17). This is quite fitting as municipal elections in Port Vila and Luganville were the first polls to be held in Vanuatu (then the New Hebrides) back in August 1975.

There will be a by-election in the Port Vila constituency following the recent death of the Minister of Internal Affairs, Patrick Crowby Manarewo. The date has yet to be set for this ballot. It will quite likely be fiercely contested, but it is unlikely that the outcome will have any significant effect on the government. Elections are costly things and the Electoral Commission has called for candidates to be required to undergo medical examinations.

Congressional elections are scheduled for May. These elections are significant, as the resulting Congress will play a significant role in the next stage of implementation of the Noumea Accords [pdf in French]. Between 2014 and 2018 the Congress can move (by a 3/5 majority) to a referendum on the transfer of remaining sovereign powers from France to the Pacific territory. Both sides of the debate have been actively campaigning since late last year.

Elections to the Legislative Assembly are slated for November. Tonga is a new entrant into the realm of parliamentary democracy with its first elections having been held in 2010. Tonga’s experience with democracy to date has not all been smooth sailing. Economic problems have tarnished the public perception of the significance of democratic government. Protracted parliamentary and political machinations around a vote of no confidence in 2012 have also highlighted the challenges of ‘doing democracy’ in the kingdom. More recently, the Prime Minister has moved to sack his Minister of Finance.

No date has yet been set for the expected national elections this year. They are the first elections to be held since the withdrawal of the military component of the Regional Assistance Mission to Solomon Islands (RAMSI). Prime Minister Gordon Darcy Lilo has indicated that he plans to completely update the voter registration list and have a Political Parties Integrity Bill passed in advance of the nation going to the polls. This seems an ambitious agenda for one year. It is highly unlikely that there will be a vote or referendum on the proposed new constitution before the elections, if at all. We can expect civil society groups to be very active in the lead up to the elections and no doubt some of their work will take place in social media, through platforms such as Forum Solomon Islands International. There are no provisions for reserved seats for women candidates, but candidates such as Rhoda Sikilabu (who is currently a member of the Isabel provincial council) will be doing their best to improve the representation of women at the national level (there is currently one woman in the 50-seat parliament).

And so… to Fiji

It really does seem that there is no turning back for Fiji and that elections will be held before 30 September as promised by the interim regime. The new constitution, after various twists and turns, was finalised on 31 December. Four political parties are currently registered and interim Prime Minister Bainimarama has confirmed his intentions to form a party in order to contest. Given ongoing media restrictions, including possible self-censorship, there are obviously concerns as to how free, fair and transparent the elections will be and, whilst there is expected to be a PNG/MSG monitoring mission, the EU is yet to be invited to participate in this way. Assistance and support for the polling has been offered from several sources, including New Zealand and Israel. There has been an increase in political rhetoric from numerous quarters, including robust criticism of the regime and the processes associated with voting. The people of Fiji will vote for their representatives from one nationwide constituency. The voting age has been lowered to 18 years. However, as civil society activists have already commented, a prolonged period of military rule means that there is very little interest in political engagement among young people because it has not been part of the environment in which they have grown up. (Re)educating the voting public in the ‘how’ of democracy will be a significant challenge, but not nearly as challenging as (re)educating them in the ‘why’.

Tess Newton Cain (@CainTess) is a Research Associate at the Development Policy Centre. You can also listen to a Radio Australia interview with Tess on the Pacific’s 2014 elections.