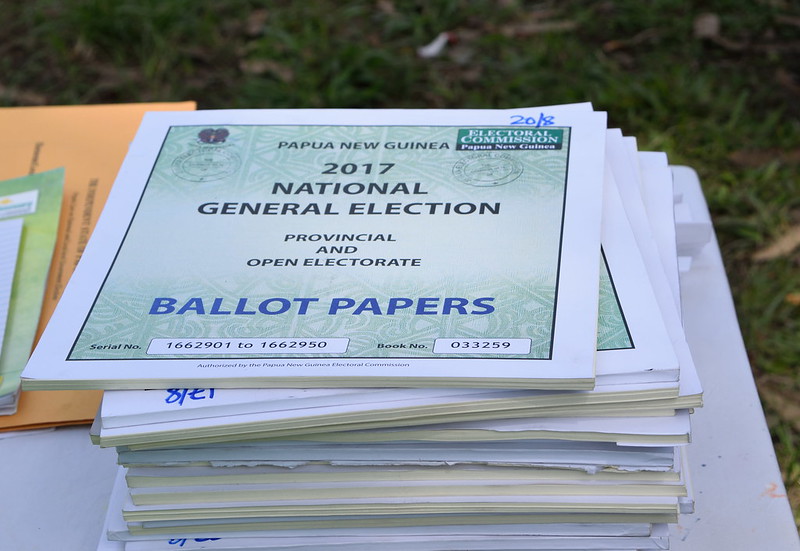 Female candidates are under-represented in parties at Papua New Guinean (PNG) elections. This is concerning given over 80 per cent of successful candidates since 2002 had party affiliations, and no female candidate was successful in 2017. A proposed revision to the Organic Law on the Integrity of Political Parties and Candidates (OLIPPAC) includes a requirement in which 20 per cent of all candidates in a party be women. In this post I describe the extent to which women have been endorsed by parties in the previous two elections, and investigate the impact if the proposed revised OLIPPAC is passed. 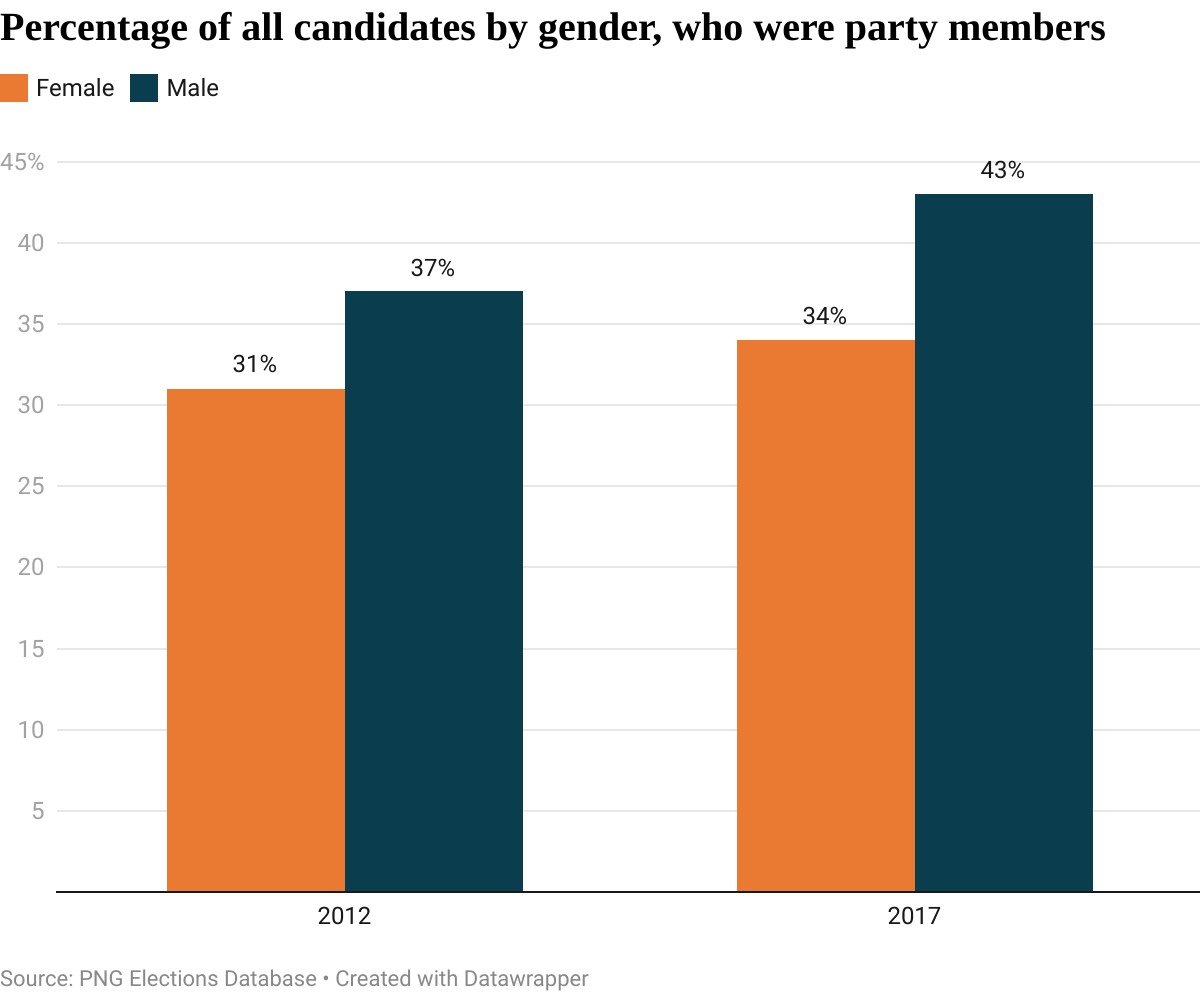 However, there is no way of knowing whether the current relationship is caused by parties helping women become more competitive, or whether it is simply because parties look for female candidates who they think are more competitive.

In general, although women in parties performed better than women who were independents, women still comprised a tiny share of all candidates in parties. In 2012, 3.2 per cent of all candidates with a party affiliation were women. This share increased to 4.4 per cent in 2017. Although the current OLIPPAC does not have a quota for female candidates in parties, a proposed revised OLIPPAC currently before parliament does. The quota was initially set at 5 per cent, however, it has been revised to now require 20 per cent of all party candidates to be women. In a parliament comprised entirely of men, it remains to be seen if there will be support for the proposed quota. 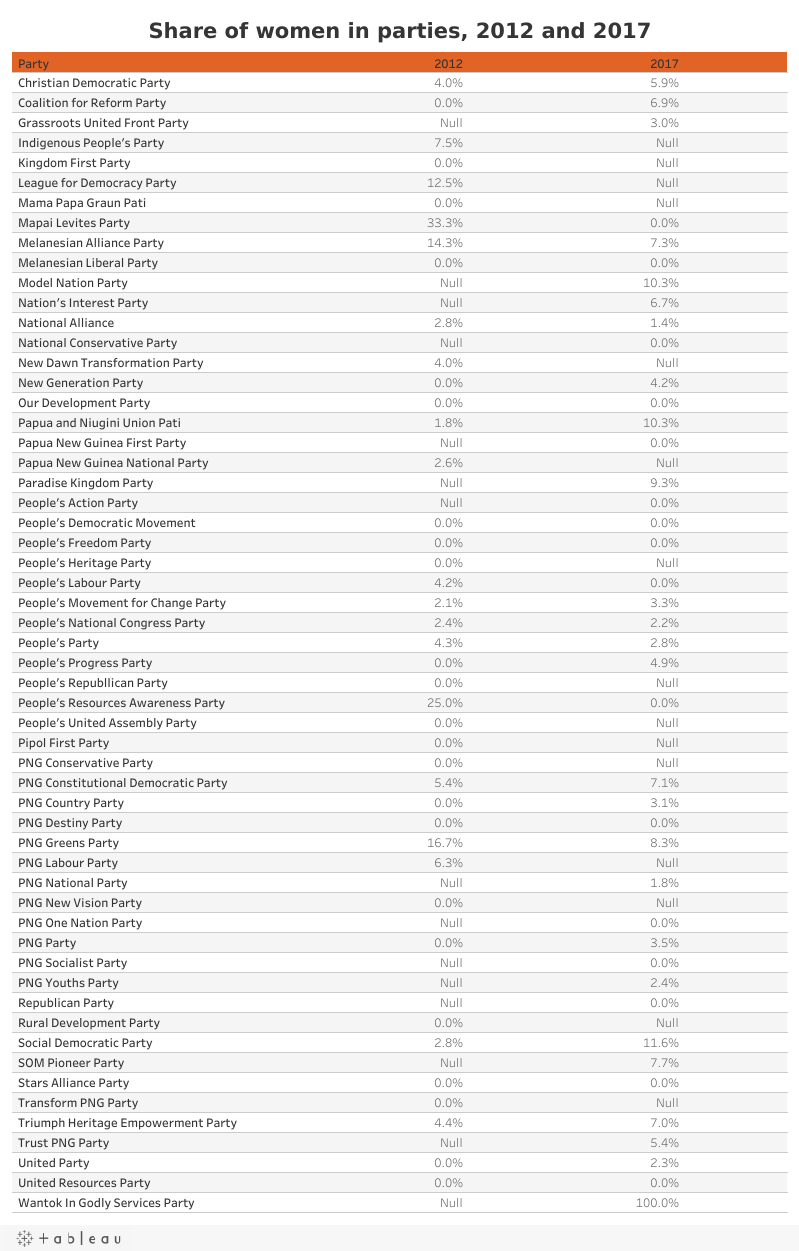 Note: This table can be sorted by party or by either of the years. Sorting by 2017, for example, shows
the Wantok in Godly Services Party at the top of the table with 100 per cent of female candidates.

Note: The author is grateful to Dr Terence Wood for comments on earlier drafts. Election and party data were taken from the PNG Elections Database.