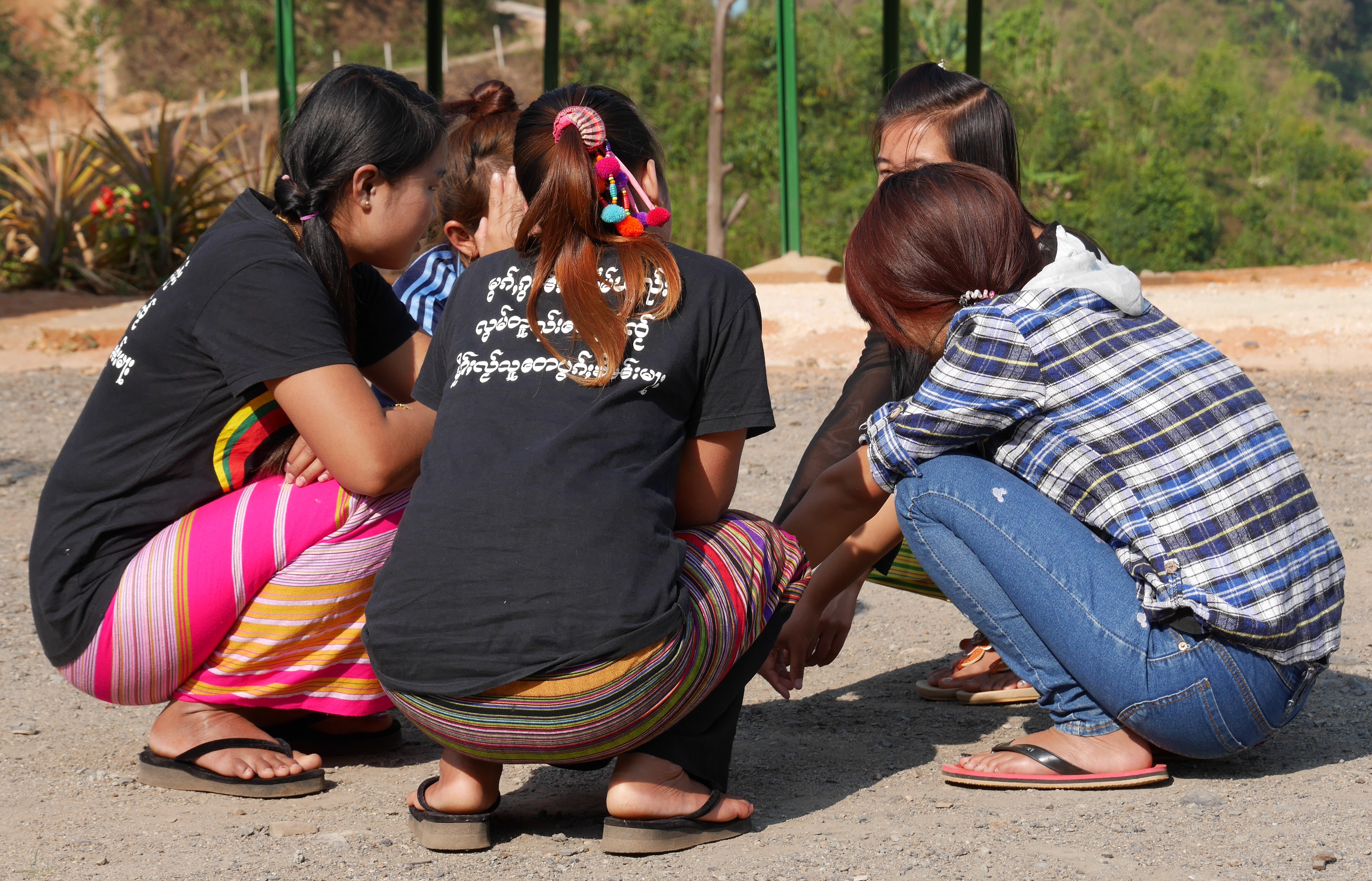 Myanmar has endured over sixty years of conflict between the state and various non-state armed ethnic groups throughout the country. During this time the state has failed to provide healthcare services, leading to extremely poor health outcomes, particularly in conflict-affected areas [pdf]. Health system development in conflict-affected contexts has received some attention, with a focus on the ways in which international NGOs (INGOs) can build the capacity of the state [pdf]. Less is known about what it looks like when INGOs engage with non-state armed actors, and the possibilities for transformation that these relationships offer. There is a very real need for ethnic health systems to develop so they can provide healthcare in communities where there is often none. (Simon Richards’ three part series, on this blog, provides an excellent overview of working in the context of Myanmar.)

My research aims to understand what approaches an INGO uses in partnership with a non-state armed group. I conducted a case study of a healthcare training program run by a small INGO, in which expatriate medical volunteers train Tai people as medics for eight months in a Thai-Myanmar border clinic. The medics then return to their rural communities to practise as medics out of their homes or small clinics, often as the only healthcare providers. I offer three main points about the development of the Tai health system through the partnership between the INGO and the armed group.

My first finding concerns how the INGO conducts the healthcare training program. I found that even though they engage the capabilities of the Tai medics in many ways, real transformation is limited by the technocratic approach of the expatriate doctors. Many of the trainee medics have received little formal schooling and they do remarkably well to function in the border clinic almost like junior doctors in New Zealand – even performing minor surgery. However, these medics can be alienated by the Western-context resources. The INGO could engage with medic capabilities more effectively in three ways. First, they could use predominantly Tai language training materials. Second, they could utilise training resources developed by other INGOs specifically for best practice in low resource, low education contexts. Third, they could select and prepare their expatriate medical volunteers on the basis of their ability for this specific context, rather than simply their availability.

The second finding explores the partnership between the INGO and non-state armed group. Global experience of working in post-conflict and conflict-affected contexts focuses on ways to work with states to increase their legitimacy and capacity to provide services. Creating parallel ethnic systems is often viewed negatively. However, the process of working with the Myanmar state is complex for a number of reasons: conflicts in ethnic areas are ongoing; there are high levels of distrust of the Myanmar government; and the role of the Myanmar military complicates matters. Any improvements in healthcare in conflict-affected areas will be slow to come. I contend that the partnership with the non-state armed group is legitimate and ensures that the Tai health system reaches populations that the Government doesn’t. The approach also supports Tai desires to see the health system decentralised to their control. Partnering with a non-state armed group is not a perfect solution as there are many negatives in trying to establish a civilian health system within the parameters of military structures. But this is better than rural communities receiving no healthcare at all.

The third finding identifies a shift in international funding from cross-border work with ethnic civil society organisations, to those working with the Myanmar government. The Tai organisation reported to me that in recent years it has had its funding reduced, jeopardising its capacity development. It sees this reduction in international support as premature while the Myanmar military is still engaged in conflict. It has had to cut the monitoring of its health clinics, making it less able to evaluate its own health system development. In this environment, it has also become difficult for the INGO to access donor funding to provide the necessary support to the ethnic organisation. Working with ethnic organisations to build the strength of their own systems would also give those groups greater equality at the peace process table.

There needs to be a way that Tai medics can continue to provide basic primary healthcare to their communities. This is especially so in a context that is still affected by conflict. This will require continuation of the current INGO partnership, for three reasons. First, the emergent ethnic health system will only be improved by the INGO providing more appropriate and prepared volunteers alongside context-specific teaching methods and resources. Second, the partnership between the INGO and the non-state armed group provides a legitimate hybrid way forward until they can establish a fully civilian health system. Last, in a context where international funding has shifted in favour of working with the Myanmar state, there remain possibilities for the transformation of community health outcomes while this INGO continues to support Tai desires to develop their own health system.

Sharon Bell is a PhD Candidate at the Institute of Development Studies, Massey University, New Zealand. Sharon presented this research at the 2017 Australasian Aid Conference; view her presentation here and listen to an audiorecording of the session here.

Sharon Bell is a PhD Candidate at the Institute of Development Studies, Massey University, New Zealand.