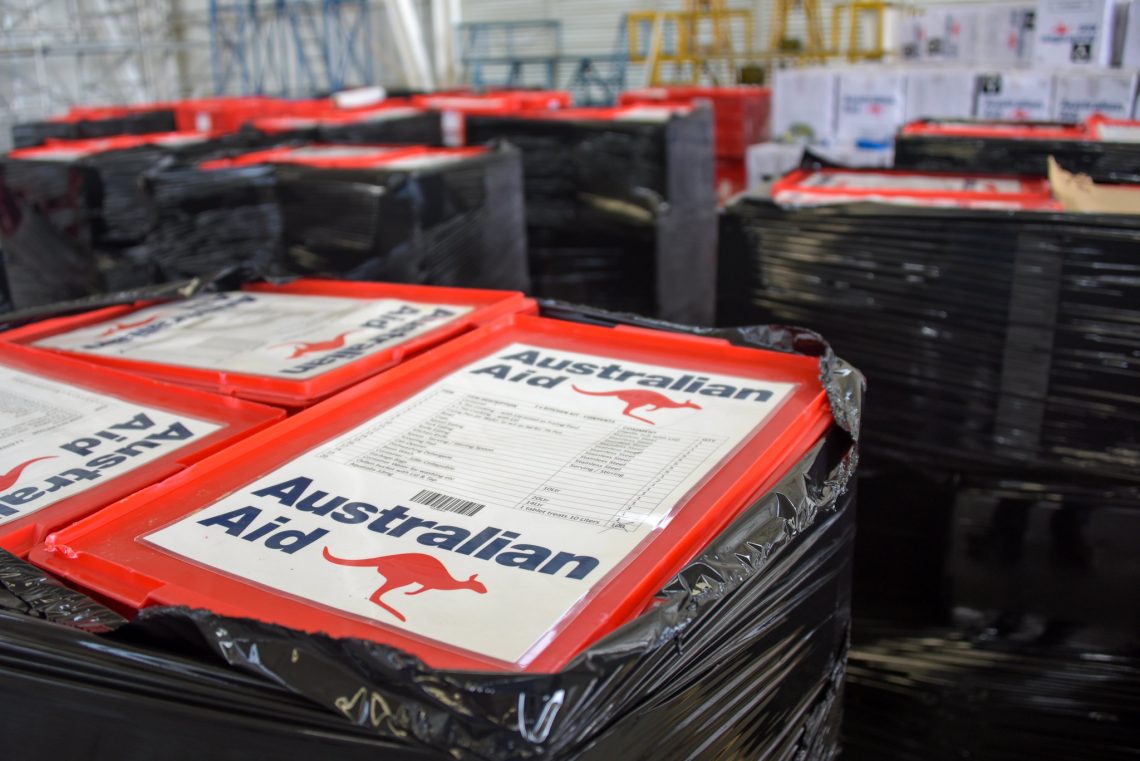 On 10 December 2019, the Australian Government announced that it would develop a new international development policy and performance framework. While it sounds like a step in the right direction, I’m worried, for five reasons.

First, the timing. The new policy announcement was made with a caveat that it was not about the money: the aid program would remain at $4 billion. (Not even a mention of inflation indexation, which was the only position the Coalition has taken to an election.) Since then, we have had the bushfire crisis, and there are already calls to cut aid to pay for the response.

Second, if, as per the December announcement, the new policy is to reflect the government’s Pacific Step-up there is a risk that it will result in more aid to the Pacific at the expense of all other aid (given that there will be no increase in total aid). In an interview late last year with the podcast Good Will Hunters, Minister for International Development Alex Hawke indicated that the proportion of aid to the Pacific is going to continue to “tick up”. Given the relatively poor performance of aid in the Pacific, this would be bad for Australian aid effectiveness. The graph below (based on annual DFAT performance reports) shows that by DFAT’s own reckoning its aid to the Pacific achieves less than aid to other regions.

Third, some of the language around the new policy is concerning. My invitation to a roundtable last month told me that “The new policy will set out how Australia’s engagement will remain flexible in order to respond to emerging priorities”. That struck me as odd. Australia’s aid in fact has a reputation for being pragmatic and flexible. What is the threat to flexibility that needs to be mitigated? Since the commitment doesn’t make sense at face value, one is forced to try to read between the lines. Is the real intention in fact not to retain but to increase the flexibility of the aid program, and if so, why? Is the aim perhaps to insert more ministerial discretion into the aid program decision-making process – especially now that we have so many Ministers travelling to the Pacific, who are no doubt receiving endless shopping lists from welcoming hosts?

If so, that would be a negative step. One of the fundamental problems that threatens aid effectiveness is the excess of discretion in relation to aid spending decisions. More ministerial discretion will only worsen this. As with all government spending – and as the Bridget McKenzie “sports rorts” saga makes so clear – Ministers should have the final say on policy, but stay clear of specific project decisions.

Fourth, the same invitation asked “Do we have the right tools in our development assistance program? e.g. is there a role for exploring more financing instruments?” These are good questions, but DFAT has already commissioned but not yet released a study on precisely this topic. We know from Senate Estimates that the study, led by experienced ex-Treasury official John Eyers “explored whether expanding the range of financing options available to the aid program (including loans, equity, guarantees and insurance) would help deliver on the Foreign Policy White Paper objectives across the Indo-Pacific”. The same DFAT response told us that “The study’s findings will first be considered by DFAT’s Aid Governance Board on 26 March [2019] ahead of recommendations being put to Ministers”. That was almost a year ago. If the government was serious about the issue of financing instruments, surely it would have already made some decisions, or at least would have released the Eyers report.

Fifth and finally, the language around the performance framework is also concerning. The Payne–Hawke announcement indicated that “A streamlined performance framework will accompany the policy to communicate the value and impact of Australia’s development cooperation program”. There are two problems with this.

The last Aid Review, back in 2011, talked about excess paperwork, but DFAT has been streamlining aid processing and reporting requirements ever since integration in 2013. I’m doubtful, and certainly the case has not been made, that further streamlining is required. In fact, talk in recent years has been that the performance framework introduced by Julie Bishop needs to be strengthened not weakened. The ten benchmarks Bishop put in place in 2014 to assess the aid program were widely regarded to be both out-of-date and too weak. But now instead of strengthening we have streamlining?

Those are my concerns. To end on a positive note, it’s good that an advisory panel has been appointed to provide input into the policy development process. It isn’t clear what their role is. Previous aid review panels (Jackson, Simons, Duncan, and Hollway) have been asked to write reports to provide a foundation for the policy to follow, and it is a pity that the government hasn’t trusted this panel with a more substantive role. Nevertheless, the panel is certainly a credible bunch, and I’m sure would not want to be associated with a process that results in even more aid to the Pacific, in a weaker performance framework, or more discretion for Ministers. The panel could also advise that the Eyers report, as well as any decisions already made in relation to it, be released prior to the deadline for submissions: 14 February.

The author participated in two previous aid review/policy panels: Duncan in 2005 and Hollway in 2011.