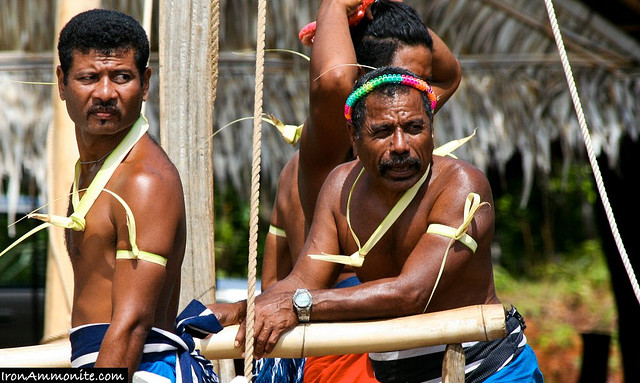 Ben Graham co-authored a chapter of the new ADB report ‘The Political Economy of Economic Reform in the Pacific‘. Here, he shares some insights from his research.

On a late 1996 afternoon in the Marshall Islands, during a heated Cabinet discussion about an ongoing reduction-in-force effort in government, an elderly President interrupted his economic advisor with a simple yet powerful question.

“Excuse me. Have you ever run a country?”

The advisor and the room fell silent…

So I am told. I was not there and don’t know if this was the exact question posed by then-President Amata Kabua, but the point is crystal clear. The vast majority of us working in the field of development will never know what it’s like to sit at the political apex as the key decision maker for a country.

The truth of the matter is that these leaders – even in the smallest of countries – work in complex and dynamic contexts which most of us, regardless of our credentials, have had no experience with and don’t really understand. Presidents and Prime Ministers face constant tradeoffs, political-economy dilemmas, and ‘wicked’ problems, especially when it comes to decisions that might make perfect economic sense on one hand, but are political suicide on the other (or vice versa). Leaders not only have to confront domestic expectations, but also face external pressures, often from bigger and richer development partners.

So how do leaders at the top go about making the tough choices? What factors must they take into consideration? How do they garner support, understanding and collective action?

These are some of the questions that Giff Johnson and I wanted to explore in this essay. As a journalist (Giff) and a development advisor (me) living and working in the Micronesian islands, we already knew many leaders on a first-name basis, but never had the chance to sit down with a President and ask him about his experiences. This ADB political-economy research project gave us the perfect opportunity to do this.

They say hindsight is 20/20, so we decided to ask five former Presidents for interviews:

All the Presidents warmly welcomed the opportunity to tell their stories. They gave us an insider’s view on their respective chapters of political history and showed us just how challenging it can be to run a country, especially during tough reform times. Here are some of the highlights of their stories.

Reforms are rarely easy, especially in small close-knit societies, when they involve cutting jobs, and – perhaps most especially – when they are perceived as being pushed by outside forces. “We can bring in outsiders to help us, but we can’t let them be ‘boss’ in our own country,” said one President. Development partners are often frustrated by slow progress in the islands, but reform and development require changes that can be extremely difficult to make, especially in relatively young island states. Longer time horizons, public consultations, and plain old patience are important.

Unique to the Micronesian islands is what is often referred to as a “welfare” mentality that places heavy expectations on the government and influences how its leaders make decisions and allocate resources (and even jobs). Some leaders have tried to reshape how their constituents see the role of government but this, too, has been difficult and will require more time.

Outside advisors have played an important role in reform and development efforts. But not all advisors are created equal. Some were much better at winning the trust and confidence of leaders, and on tough reforms this was often a key ingredient for success.

The Presidents confirmed that sustainably managing their economies remains a significant challenge. Even with financial backing from the US and other partners, fiscal instability is always a threat, again in large part due to people’s expectations of government. The Presidents were also uncertain on the long-term economic prospects of their countries.

One President went so far as to question his country’s political prospects and whether the federation would hold after the termination of US grants in 2023.

Political and economic decisions across the islands are influenced by different groups. Traditional and religious leaders might wield enormous influence on one island, but could be far less prominent on another. It’s important to know who these groups are and how (and how much) they influence the system.

The looming termination of US Compact grants to these islands has heightened the need for growth, greater self-reliance, and more diverse development and political partnerships.

These conversations offered some interesting political-economy lessons, some unique to Micronesia and others that are probably universal. One key point on which the Presidents all agreed was the need for engaged and proactive leadership. As one President put it:

The authors thank the Asian Development Bank, Stephen Pollard, and Ron Duncan for supporting this work.

Ben Graham is a Pacific development practitioner and policy analyst.

Ben Graham is a Pacific development practitioner and policy analyst.