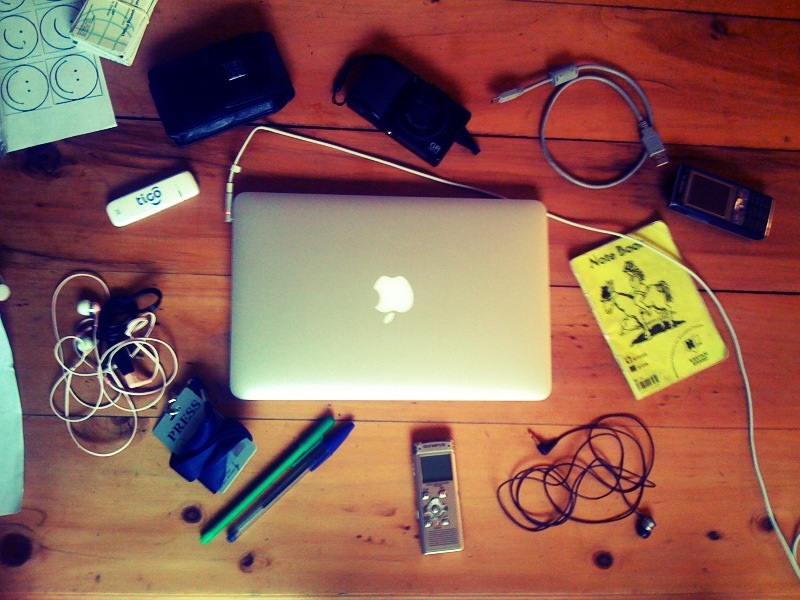 The Senate Select Committee on the Future of Public Interest Journalism is currently inquiring into ‘the state of journalism in Australia and around the world’, which seems like a rather wide mandate.

But it’s no secret that journalism has struggled with the rapid changes brought forth by the online era, such as the fairly recent advent of ‘fake news’, so it’s worth investigating if anything can be done to stop the spiral.

At Devpolicy we have seen the impact of media decline through our work in several ways, the most jarring being the cuts to Australian public broadcasting on and in the Pacific. But there have been other, more subtle changes too, along with the efforts we ourselves have made to try to get more eyeballs on issues we believe are important.

So our centre decided to make a submission to this inquiry. You can read our full submission here, but we summarise the key arguments below.

As a centre with research work focused on Papua New Guinea and the Pacific, the steady decline in quality Australian coverage of the region is an acute concern.

In recent years, there have been a number of worrying developments, like the shedding of jobs from Radio Australia, the axing of the Australia Network, foreign bureaus closing and the end of shortwave radio broadcasts into the Pacific earlier this year.

Combined, these developments have served to reduce the quality and quantity of reporting on the Pacific region that we see here in Australia, and to reduce the access that Pacific islanders have to high quality news about their region.

There are a number of reasons why this is problematic, like the fact that Australians know so little about our nearest neighbours. Or Australia’s own role as an actor in the region, whose actions should be accountable and transparent (let’s be real, sometimes we have been pretty dodgy). The important role that broadcasting plays in opening up the wider world to those living in the Pacific and in providing information during upheaval or emergency. The challenges to capacity still facing journalism in the Pacific region. And just the sheer lack of policy coherence in having a Foreign Minister who is passionate about the Pacific and wants to encourage economic development there at the same time as access to quality and timely information on the region is being reduced.

While there is likely no simple fix to the lack of Pacific coverage in the wider mainstream media market, which is facing challenges of profitability and competition in the online era that are perhaps beyond the scope of government intervention, there is a clear impact on Pacific coverage from the repeated government cuts to public broadcasters, which have always been among the most dedicated to covering regional issues.

This is something that the government can take carriage of. Better resourcing of public broadcasters for quality international journalism can help stop this decline in Pacific reporting. It’s also crucial that access to this reporting is maintained through appropriate broadcast services.

The current challenges facing the media industry have revealed themselves particularly sharply in our efforts to inform conversations on Australian aid.

It has been clear to us that, beyond the work of a handful of journalists with an interest in foreign aid and development, massive changes such as the repeated aid cuts and the integration of AusAID into DFAT have passed with little attention, despite efforts from ourselves and the aid and development sector at large to draw attention to them.

This lack of attention from the media, which is often interpreted by media-clip-dependent policymakers as a lack of interest or support for aid from the public itself, has had dire consequences for Australia’s contributions to international development efforts — it has been interpreted as a sign of support (or at least ambivalence) on the 33% cumulative cut from the aid budget since 2014-15.

In our own experience, and from what we have heard from journalists who come to our centre for assistance or inquiries when trying to pursue stories on Australian aid, one barrier to their coverage (beyond disinterest from editors) is access to information.

Since the integration of AusAID into DFAT in 2014, the volume of public communication and media engagement efforts on Australia’s aid and development initiatives has declined (see the policy brief Communication post-integration: reloading Australia’s efforts). This means that even good news stories about aid initiatives are not being circulated or promoted.

For those looking to dig, or to perhaps even access basic information about what aid is being spent on, our centre’s second transparency audit, released in December 2016, showed significant decreases in project-level information on the DFAT website when compared to 2013.

Government cannot force the media to cover aid policy, or any policy area, no matter how important. But the government can support public interest reporting on policy by improving the transparency of its departments and the availability of documents and data, and by bolstering departmental efforts to clearly and openly communicate the work that they do.

Our efforts to fill the coverage void

As an organisation looking to create positive influence through evidence and research, the increasing difficulty we have faced in focusing media coverage on issues of national and regional importance has led us to start a number of platforms to try to make it easier for the media to cover our field, and for our key audiences to access the analysis and information they need.

You are reading one of them now — the Devpolicy Blog. We also have our Aid Profiles series, which aims to bring untold stories of Australian contributions to aid and development to light. And then we have the Australian Aid Tracker, which is meant to help people understand aid without getting freaked out by impenetrable documents (we also just got a bit tired of seeing news stories where basic facts were wrong).

In addition to our own initiatives, we also support the work of other university-centered platforms with similar aims, such as The Conversation, Policy Forum, East Asia Forum and New Mandala.

Such platforms are no replacement for high-quality investigative journalism — while the research they disseminate may at times lead to breaking discoveries, they suffer from similar resource, staffing and time constraints to those that have been affecting mainstream journalism, as well as the simple fact that most of the contributors on these sites are not journalists.

However, these sites do provide an important role in disseminating research findings and evidence, fostering policy debate on areas that would otherwise be overlooked, and correcting misinformation in the public sphere, which are all activities that are significantly in the public interest.

Like public broadcasting, these types of outreach and engagement activities from academic institutions should be seen as a public good that plays an important role in supplementing the investigative efforts of journalists, and supported.

There is no doubt that the media landscape in Australia has undergone rapid change in recent years, unfortunately to the detriment of high-quality public interest reporting —despite the fervent efforts of individual reporters and some organisations to maintain such standards.

Government may not be able to tackle many of the complex changes to media markets that have occurred in recent years. But government can ensure that public broadcasters are properly funded to achieve their mandate of reporting in the public interest, that government agencies and departments do not close their doors on the media (whether new or old) when it comes to informing policy discourse and debate, and that other organisations that provide the knowledge base that supports public interest journalism are not starved of resources.

Ashlee Betteridge is the Program Manager (Research Communications and Outreach) at the Development Policy Centre.