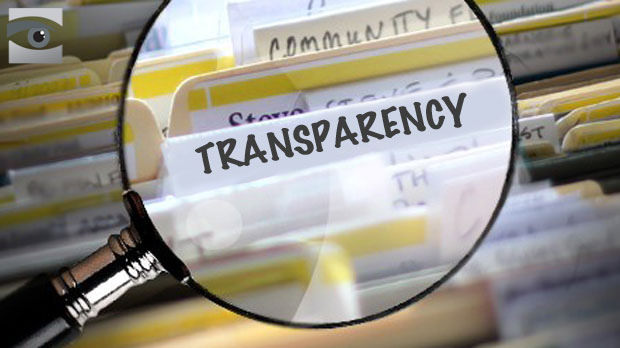 When Julie Bishop took over as Minister of Foreign Affairs, she pledged to make the aid program ‘more transparent, more open, and more effective’ than ever before. Three years down the track, how is transparency in the aid program faring?

In 2013, the Development Policy Centre published findings from an audit of project-level transparency within AusAID. The audit took place just before the election of the Coalition government and re-integration of AusAID into DFAT. Around the time that the 2013 audit was conducted, more than 50% of respondents to our 2013 Australian Aid Stakeholder Survey regarded transparency as a great or moderate strength of the aid program. By 2016, more than 50% rated transparency as a great or moderate weakness. So it seemed high time to conduct another audit and find out whether there was empirical evidence supporting our respondents’ perceptions of declining transparency.

To do so we replicated, as closely as possible, the methodology of the 2013 audit. As in 2013, our focus was on transparency as the project level: the bedrock of aid transparency. We limited our data sources to bilateral (country) program pages of the DFAT website, and examined a total of 27 countries and regional groupings: all of the countries in the Pacific region plus Indonesia and a random sample of countries in Asia and the Middle East. And then we went through the DFAT website and recorded the availability of information for each and every project – 239 in total – listed under those countries in July 2016 (more about our methodology can be found in the report [pdf]).

We then calculated two indices. The first is a ‘preliminary project information index’, which rates projects according to the availability of basic information about the project on the DFAT website – things like whether projects had a title, description, start and end dates, and budget. The second index is an ‘availability of project documentation index’, which captures the different types of documents that are published on the DFAT website for each project, including policy and direction-setting documents; designs and plans; implementation reports and performance management documents; and reviews and evaluations.

In a nutshell, we found that project-level transparency in the Australian aid program has declined. The average preliminary project information index score in 2016 was 54.5%, compared to 79.3% in 2013. The average availability of project documentation index score in 2016 was 35.9%, compared to 41.9% in 2013 – even after we made exclusions based on changes in how DFAT presents some documents since 2013, and for projects which commenced within the last two years and so might not yet have reports or evaluations available. As in 2013, reports and evaluations published on the DFAT website were on average two years old.

The conclusion in relation to the 2013 audit was that while transparency had improved under Labor, overall the record was “not that impressive”. It noted a “substantial data dump in 2011” but little by way of sustained effort, resulting in “a patchy and out-of-date public information base for Australia’s aid projects.”

As our colleagues who conducted the 2013 audit noted at the time, it should not have been hard for the Coalition to do better than Labor in relation to aid transparency. And yet it has done worse.

DFAT maintains, in a footnote published on each project page of its website, its commitment “to high standards of transparency and accountability in the management of the Australian aid program” which will be shown by “publishing information on the aid program on the DFAT website, including policies, plans, results, evaluations and research”. Our audit shows that commitments are not enough. They need to be taken seriously – real political and bureaucratic weight needs to be put behind them – and progress against them needs to be monitored. Transparency should be made one of the official benchmarks by which the Australian government assesses the quality of its official aid.

Australia does comply with the requirements of the International Aid Transparency Initiative (IATI), but only complies; other bilateral donors provide some examples of what more is possible in the world of project-level aid transparency. Go to the UK or US government aid websites and you can find comprehensive and up-to-date project information arranged in a user-friendly way. Even some aid recipients, for example Myanmar, are now developing portals and databases to track aid projects and improve donor coordination in their countries. Increased public access to detailed aid information is clearly the way of the future.

In our next post, we’ll take a look at some of the audit findings in more detail, including comparisons between countries, regions, and sectors, and explore the relationship between project budget size and transparency scores. In the meantime, below you can find two tables underlying the key results in this post.

Camilla Burkot is a Research Officer at the Development Policy Centre and Virginia DeCourcy was an Intern at the Centre. This post is the first in a two-part series; find the second post here. The full 2016 Australian aid transparency audit report can be found here [pdf].

Virginia DeCourcy was an Intern at the Development Policy Centre in the second half of 2016.