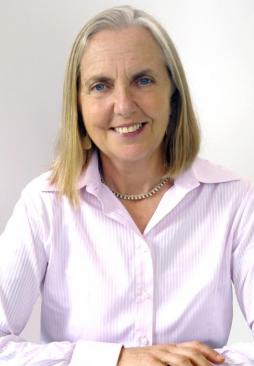 Foreign Minister Julie Bishop is right to focus Australian aid on women and children, but the current cuts to the budget and the further alignment of Australian aid with our own national interest that Ms Bishop is promoting runs counter to this goal.

In light of the major changes to our aid budget, I have introduced legislation into parliament to help put gender equality at the centre of Australia’s program. The measures set out in the International Aid (Promoting Gender Equality) Bill 2015 would require the Minister to report on how funds were spent, and how these funds help to promote gender equality.

The Coalition’s assumption that simply increasing economic activity will benefit women and children in low income countries fails to recognise the specific historical and cultural bases for gender inequality.

I have been involved with the aid sector for over two decades, and it has been a sad journey to see the direction taken by both the Labor and Coalition governments in recent years. This year, however, has been one of the most disturbing. Off the back of the biggest cuts to the aid budget in history — $11 billion, and the subsuming of AusAID into the Department of Foreign Affairs and Trade — the government has also let down women and children in low income countries.

The most recent report into the Performance of Australian Aid reveals a drop, from 79 per cent to 74 per cent of aid projects meeting the minimal ‘satisfactory’ requirement for gender equality, and even these figures are inflated — the Office of Development Effectiveness found that 22 per cent of investments overestimate their effectiveness in dealing with gender equality (ODE spot check of QAI reports, 2012, p. 72 — not available online). If we are to help women and girls, we need targeted programs, and the aid program needs a better score card than 74 per cent of projects found to be ‘satisfactory’.

The Performance of Australian Aid report also noted that the Liberal/National government is undergoing a process of “consolidation”, with 177 projects already removed from the aid budget. Yet such a move is likely to escalate funding of large scale projects, which often benefit men much more than women, at the expense of smaller, community-driven projects that work to empower women and girls.

A recent analysis by Plan International has uncovered shocking figures on the impact of these cuts. In terms of education, they say there could be 220,000 fewer girls enrolling in school in the next financial year; 750,000 fewer textbooks for girls; and more than 3,000 fewer classrooms built or renovated. 150,000 girls are also at risk of having access to safe drinking water cut off, and 400,000 fewer girls may be immunised. It should be obvious–you cannot rip $11 billion in funding out of the aid budget, cut programs, and expect the gender equality outcomes to improve.

In some regions of the Pacific, the prominence of the informal sector, male dominance and domestic violence are real barriers that prevent women (and often their children) from benefitting from aid and development programs. According to the International Women’s Development Agency [pdf], in these areas more than 60 per cent of women who have ever been married have experienced physical or sexual violence from a partner, twice as many girls as boys fail to attend school, among illiterate adults there are twice as many women as men, and gender gaps in education are estimated to cost the Asia and Pacific region up to US $30 billion a year.

Aid programs need to be culturally sensitive, and they need to have the active participation of women in their design and implementation. When women are as well educated as men, they have greater self-esteem and greater potential to contribute economically.

It is important to note that improving the outcomes for women and girls is extremely unlikely to happen unless it is specifically prioritised and funded. By contrast, we have seen under both Labor and Coalition governments that cuts to the aid budget disproportionately impact programs aimed at assisting women. Returning again to the International Women’s Development Agency [pdf], they have noted that under Labor in 2013, 61 per cent of the $375.1 million that was cut from the aid budget came from programs affecting women.

The Greens Bill now before the Senate would mean that the Foreign Minister’s fine words about the rights of women and girls in the developing world are backed-up by Australian law.

Senator Lee Rhiannon is the Greens spokesperson on overseas aid and development.