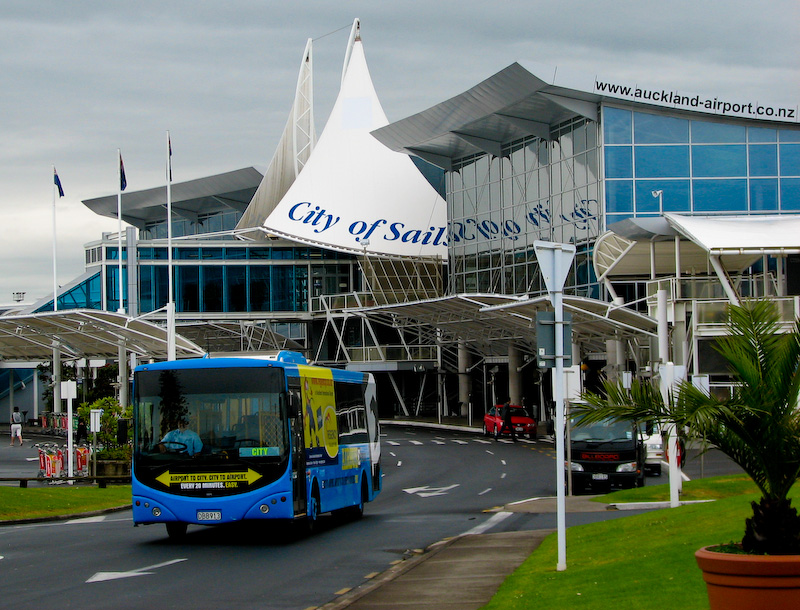 For Recognised Seasonal Employer (RSE) scheme employers applying for new and ‘fresh’ (returnee) recruits under New Zealand’s quarantine-free travel (QFT) arrangement with Samoa, Tonga and Vanuatu, a condition is the repatriation of long-term RSE workers from QFT countries who entered prior to March 2020, and who remain in their employment more than 20 months later. 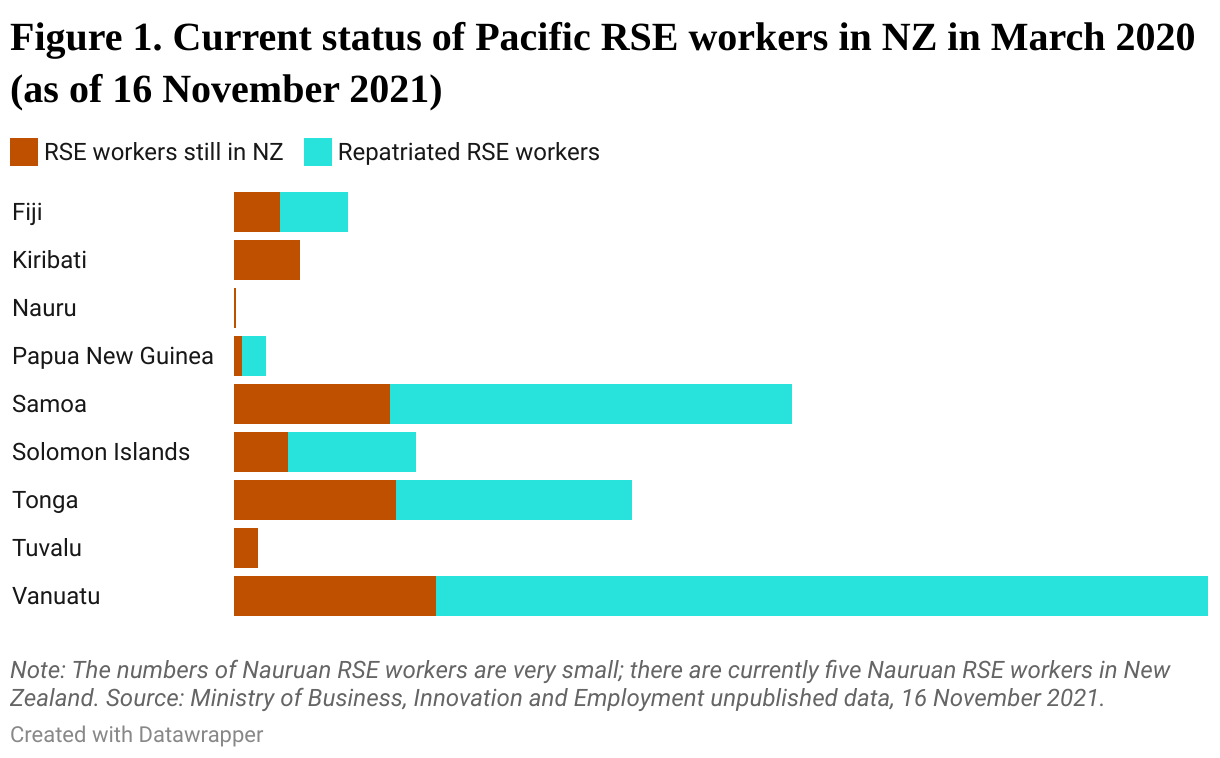 By mid-November 2021, of the 8,100 RSE workers from QFT source countries in New Zealand in March 2020, more than a quarter (2,188 or 27%) remained. These QFT workers accounted for 61% of all long-term RSE workers (3,608) still onshore. For the long-term QFT workers, a maximum stay of 25 months has been imposed, beyond which RSE visas will not be further extended.

RSE stakeholders in New Zealand are acutely aware of the need to get people home. The workers have been employed doing hard, physical work – and have been absent from their families and communities – for much longer than the usual seven months of the RSE visa.

In recent discussions with some of the largest RSE employers, long-term workers’ declining productivity and motivation were highlighted as concerns. The strong incentives that are usually associated with short-term periods of seasonal work – to work hard over several months and earn as much money as possible on piece rates to achieve specific goals at home – have disappeared for those who have no certainty about when they might return home.

Some workers are becoming selective about the types of jobs they will do, and under what conditions (e.g. refusing to work on rainy days). RSE employers also reported workers’ weakening respect for RSE team leaders and others in authority positions, such as orchard supervisors and pastoral care managers. The usual cohesiveness of work groups has been eroded by the much longer periods of living and working together in close proximity.

The strain on employers is also evident, with reports of the loss of key RSE managers who have resigned from their jobs in 2021 due to the sustained pressure. For many HR staff who oversee RSE labour, managing RSE arrangements is not their sole job; they oversee day-to-day business operations, including trying to secure enough labour for the upcoming season, while also maintaining overarching responsibility for the wellbeing of their RSE workforce. At times, RSE managers are handling complex well-being concerns – psychological issues, pregnancies, criminal offences, terminal medical conditions and worker deaths – for which they are not trained or well-equipped to handle.

Despite recognition of the need to get workers home, repatriations continue to be operationally complex. Many Pacific countries remain largely COVID-19 free, and are hesitant to allow re-entry of their nationals from countries dealing with outbreaks of coronavirus. QFT applies only to arrivals; RSE workers are still, at this stage, required to undertake quarantine when they return to their home countries. Managed isolation and quarantine (MIQ) capacity in most Pacific countries is limited; so too are the health infrastructure and resources to cope with an outbreak of COVID-19, should one occur.

In Tonga, MIQ capacity is capped at around 330 arrivals every four weeks, divided between incoming flights from multiple countries. RSE workers are not the only Tongan nationals trying to return home. With 41% (685) of the 1,669 Tongan workers who were in New Zealand in March 2020 still to be repatriated, the challenge for RSE employers with long-term Tongan RSE workers lies in getting those workers home, ahead of being able to recruit new QFT workers. The cessation of repatriation flights to Tonga until early 2022 further complicates matters for employers seeking replacement Tongan workers.

To further support the industry’s upcoming seasonal labour needs, and facilitate the two-way flow of RSE labour, Immigration New Zealand has reduced the stand-down period from five to two months for RSE workers from QFT countries who return home. This enables workers to go home now (subject to flight availability and MIQ capacity), for a two-month break, and return for the peak summer harvest period.

One of the industry’s aims is for RSE workers to return, as soon as possible, to their normal seven-month rotations of seasonal work, and for employers to have the skilled, experienced workers they need at the right times of the year. Industry groups would also like to see additional Pacific countries with low COVID-19 risk, such as Solomon Islands, included as eligible countries from which to recruit RSE labour under QFT arrangements.

Beyond the 2021-22 season, Australia’s announcement to merge their two Pacific labour schemes into a single scheme from April 2022 – with a four-year multi-entry visa and the option for short-term seasonal workers to transition into longer-term roles onshore – makes Australia a very attractive prospect for Pacific workers. Some RSE employers are worried about potentially losing their skilled, experienced workers to Australia and, with this announcement, they probably should be. This might be the impetus that is needed to progress the long-awaited, and seemingly stalled, RSE policy review. Who knows, perhaps Immigration New Zealand could consider introducing some of Australia’s new measures too.