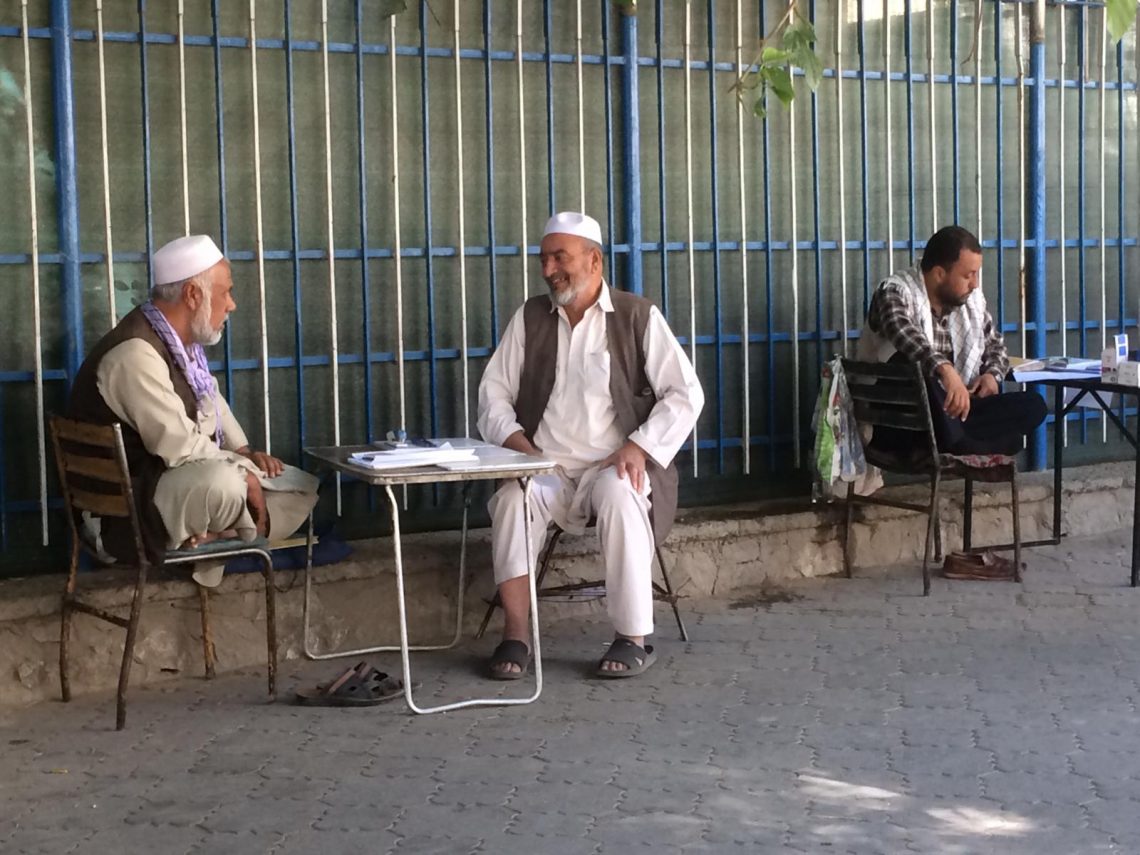 I recently presented some Melanesian examples of legal pluralism at the Fifth Afghan Legal Studies Conference in Kabul. One of the participants asked what I had learnt from them during my stay. This blog represents my reflections on that question, and identifies some salient learnings for Melanesia.

The key insight for me from Afghanistan is the way in which the language of restorative justice is being used to advance debates about the relationship between traditional and Islamic justice traditions and the state justice system. Discussions about how to connect the modern state institutions of justice, being rapidly built since the fall of the Taliban in 2001, with indigenous institutions such as jirgas, shuras, and other councils of elders where predominantly respected men sit in a circle to resolve disputes, have gained momentum in the past decade. There are currently two draft Acts that would impact the relationship between jirgas/shuras and the state in a variety of ways, and at least one of these is actively in consideration before the Afghan Ministry of Justice.

Ensuring the rights of women in conditions of legal pluralism is a major issue anywhere in the world; particularly in Afghanistan with its history of domination of women through the Taliban regime and many aspects of traditional culture. It is clear that in Afghanistan, as in Melanesia, many prominent women’s advocacy groups are concerned that any state recognition of non-state institutions such as jirgas and shuras would legitimate institutions with traditions of exclusion of women, and patriarchal practices such as using women as payment in dispute resolution.

Yet it is also clear that although, as panellist after panellist testified, Afghanistan has “the best, the most beautiful” new state laws protecting women, these have failed to result in any widespread material changes to the treatment of women by society or the state. One woman narrated a story of a student of hers who had used the law to have her husband imprisoned for a period of six months. He reputedly sent his mother to visit her with the message, “once I am out of prison, you are dead”. This illustrates the need for legal reforms to get a purchase on the underlying normativity of society in order to bring about meaningful change in the provision of justice to women, and the consequent assurance of their safety (and the risks if they do not). Non-state justice institutions present a powerful opportunity in this regard, given their deep roots in the key sources of legitimacy in Afghan society, cultural traditions and religion.

There is also the unfortunate reality that women, as well as men, suffer from the bureaucratic and corrupt nature of the state legal system, and its relative inaccessibly to those who are illiterate. Women make up a high proportion of this group.

Restorative justice as an escape from the formal/informal justice confrontation

Restorative justice has been proposed as a way to escape from the horns of this dilemma by a number of leading scholars in Afghanistan, across the Middle East, and Central and South Asia. They see in restorative justice a language that validates the positive underlying values of indigenous justice – its focus on healing of relationships; repairing harm; communal witnessing of acknowledgment of harm and the creation of pathways to move forward. The focus on these values enables the debate to be re-framed from being about jirga/shura vs courts, to being about how justice can best be provided in ways that maximise these values. This allows a broader re-thinking about the justice system as a whole, and an analysis of where the potential to provide such relational and healing forms of justice lie. Following such an approach, one of the Afghan draft laws on the matter prominently uses words such as conciliation and mediation.

A related insight from the inspiring Afghan women I met was their growing awareness of the problems resulting from the focus on educating women about their rights to the neglect of the involvement of men. Their opinion was that it was critical to better involve men in awareness and in the journey to respect, and to protect women from violence. For instance, one speaker advocated complementing the law with strategies with cultural resonance, such as drawing upon the Islamic injunction for a husband to greet his wife as the first thing he does when he comes home. These insights also have salience for Melanesia, where there is a growing awareness of the benefits of using Christian theology and male advocates in such initiatives.

A final reflection was on the dedication to scholarship and the advancement of knowledge of the participants at the conference. They live and work under conditions unimaginable to most western scholars, and yet strive to produce high quality research about relevant Afghan legal issues, such as the liability to the state for harm caused by suicide bombers. Some of the women were amongst the most articulate of these scholars and practitioners. Despite the continued lack of stability and ongoing violence, these academics provide an element of hope for the future of this beautiful country of such warm scholarly hospitality.