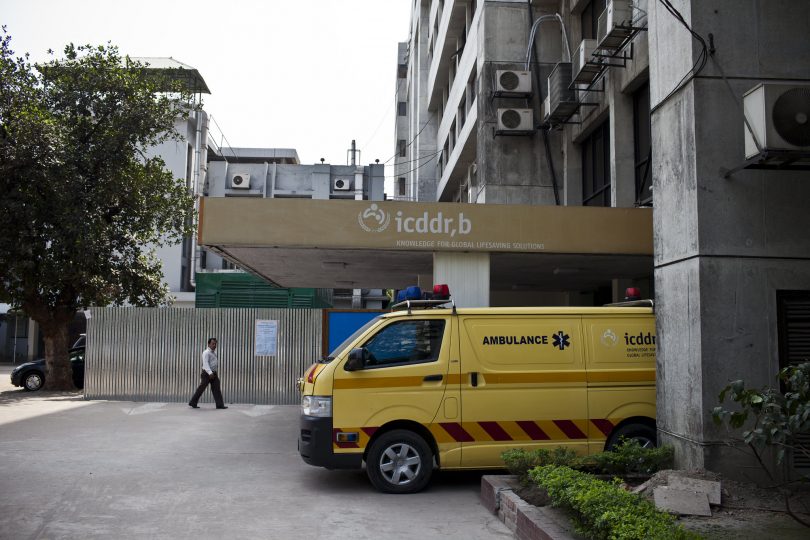 At the outset, it is clear developing countries have research from which they can learn from each other. Research has long addressed why some developing countries consistently achieve better – and more equitable – health outcomes than others at a similar level of national income or expenditure effort. For example, in 1985 the Rockefeller Foundation published Good health at low cost, using China, Costa Rica, the Indian state of Kerala and Sri Lanka as case studies of good policy and practice. In 2011 researchers issued an update, ‘Good health at low cost’ 25 years on: what makes a successful health system?, which included additional case studies from Bangladesh, Ethiopia, Kyrgyzstan, the Indian state of Tamil Nadu and Thailand. In 2013 the authors published in The Lancet a summary of their overall findings, with a particular focus on health system strengthening. Their conclusions were:

Attributes of success included good governance and political commitment, effective bureaucracies that preserve institutional memory and can learn from experience, and the ability to innovate and adapt to resource limitations. Furthermore, the capacity to respond to population needs and build resilience into health systems in the face of political unrest, economic crises, and natural disasters was important. Transport infrastructure, female empowerment, and education also played a part. Health systems are complex and no simple recipe exists for success. Yet in the countries and regions studied, progress has been assisted by institutional stability, with continuity of reforms despite political and economic turmoil, learning lessons from experience, seizing windows of opportunity, and ensuring sensitivity to context. These experiences show that improvements in health can still be achieved in countries with relatively few resources, though strategic investment is necessary to address new challenges such as complex chronic diseases and growing population expectations.

But are there lessons for developing countries from the experience of some OECD countries? The recent report from the Commonwealth Fund on the comparative performance of health systems of 11 high-income countries, suggests there are.

The report assessed 71 specific performance measures across five ‘domains’ up until 2019 (i.e. before the pandemic). The five domains were: (i) access to care, including affordability and timeliness of care; (ii) care process, including measures of preventive care, safe care, coordinated care, and engagement and patient preferences; (iii) administrative efficiency, including the value added – or burden – of health administration and billing; (iv) equity, including with respect to access to care, care processes and administrative efficiency, and (v) health care outcomes, i.e. those outcomes that are most likely more directly responsive to health care interventions, such as infant mortality, as distinct from broader social determinants of health outside of the health system.

Each of these five ‘domains’ is clearly of direct relevance to all developing countries, and particularly those with an ageing population and/or with an increasing burden of complex, potentially expensive, chronic diseases such as diabetes.

What, then, are the lessons?

One lesson that was reconfirmed is that health care spending tends to increase as a share of GDP over time. This is apparent in Figure 1 (Exhibit 3 in the report) for all 11 OECD countries in the study, despite their different political and public health systems.

Figure 1: The share of health care spending as a percentage of GDP has been rising for all 11 countries over the last 40 years

Notes: Current expenditures on health. Based on System of Health Accounts methodology, with some differences between country methodologies. GDP refers to gross domestic product. *2019 data are provisional or estimated for Australia, Canada, and New Zealand. Date: OECD Health Data, July 2021.

A second lesson is that public expenditure is a necessary, but far from sufficient, condition for generating good outcomes of a health system. That is clear from Figure 2 (Exhibit 4 in the report). It shows, among other things, that the USA ranks noticeably lower (see the bottom right-hand corner) on the combined measures of health care performance than any other country in the group, but clearly spends more on health as a share of GDP.

Notes: Health care spending as a per cent of GDP. Performance scores are based on standard deviation calculated from the 10-country average that excludes the US. See report for more detail. Data: Spending data are from OECD for the year 2019 (updated in July 2021).

A third lesson is that different systems have different implications for accessing essential care and inequities within individual country systems. This is clear from Figure 3 (Exhibit 7 in the report). The UK, for example, has the lowest percentage of people reporting cost-related access to health care problems and the smallest difference between lower and higher income respondents. The USA has the highest. The report itself also makes this important point:

A fourth lesson is this. While there are significant and noticeable differences between the policies and practices of the 11 OECD countries, there are some common themes underlying and explaining the ‘top performing’ countries. The report concludes that, based on its 71 performance criteria and five ‘domains’, the top three performing countries overall are, in order, Norway, the Netherlands and Australia. The USA is ranked last out of 11 countries overall, and on four of the five ‘domains’ (but is ranked second on “care processes”). The report then concludes that:

Four features distinguish top-performing countries from the United States: 1) they provide for universal coverage and remove cost barriers; 2) they invest in primary care systems to ensure that high-value services are equitably available in all communities to all people; 3) they reduce administrative burdens that divert time, efforts, and spending from health improvement efforts; and 4) they invest in social services, especially for children and working-age adults.

Lessons, indeed, for all countries.