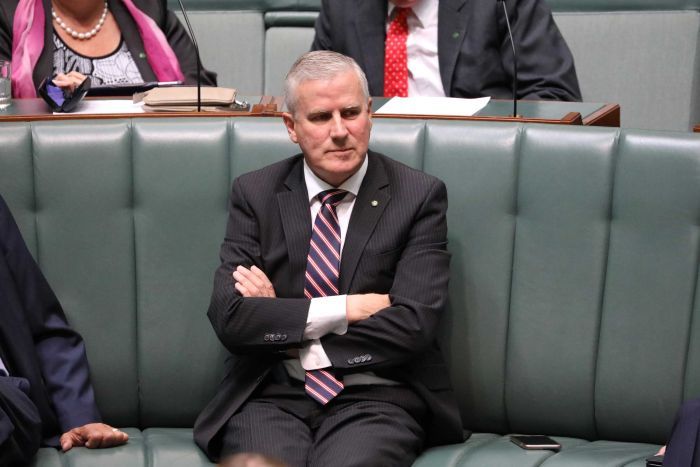 One would hope the leader of a political party that exists for the express purpose of supporting regional Australia would know better. Speaking in Wagga Wagga Friday before last Michael McCormack managed, in just a few minutes, to both insult every national leader in the Pacific and cast a shadow over a labour scheme that has become central to the livelihoods of tens of thousands of Australians and Islanders alike.

Concern about rising sea levels caused by anthropogenic climate change in Pacific nations was unwarranted, he said, ‘because many of their workers come here and pick our fruit’. McCormack’s observation that this was ‘fruit grown with hard Australian enterprise and endeavour’ appears not to have been ironic, although given it has long proven near impossible for farmers to find enough Australians willing to pick it, probably should have been. Perhaps they’re all waiting for jobs in the coal mines that he seems so keen on.

One of the many fallacies in McCormack’s remarks was that the Seasonal Worker Programme (SWP) through which Pacific Islanders come to Australia to work on our farms is primarily an aid program: that by allowing them to do the hard work most Australians won’t we’re somehow doing them a favour. What rubbish. The program is equally if not more beneficial for Australian farmers, who are otherwise forced to fall back on unreliable backpackers or illegal workers. That’s why the SWP has become increasingly important to Australian agriculture. It has expanded rapidly in recent years to around 12,000 workers in 2018-19. It might be a cliché, but it is nevertheless true: the SWP is a “win-win” program, for Australia and the Pacific.

McCormack later sought to clarify his comments, noting the essential role of SWP labour in his own electorate, but especially given Australia’s sad history of exploiting agricultural labour the hurt they have caused is likely to linger. From the forced servitude of the convicts, to the notorious transport of indentured Melanesians to Queensland’s sugar cane fields in the latter half of the nineteenth  century, to the continued widespread use of off-the-books labour (all too often working for substandard pay and conditions) today this is an area where Australia has long needed to do better.

The two programs through which people come from Pacific and Timor-Leste to work in Australia are specifically designed to avoid this type of exploitation.

The best established one, which began in 2012, is called the Seasonal Worker Programme. As the name suggests it is designed to alleviate chronic labour shortages in rural Australia during harvest times, with workers usually staying for around six months and often returning year after year. The Pacific Labour Scheme (PLS), which commenced in 2018 is broader- intended to alleviate a shortage of semi-skilled labour in areas such as meat-packing. Participants will stay for between one and three years.

To be eligible to participate Australian employers must be vetted by the Department of Employment, Skills, Small and Family Business to ensure they are able to accommodate and pay workers appropriately. If they cannot do this they are not allowed to participate in the program. Although the workers’ visas are conditional upon their employment (a common condition of working visas everywhere) every aspect of their employment, most significantly pay and conditions, must be in keeping with Australian labour laws. Ongoing compliance is monitored by the Department of Employment as well as the Fair Work Ombudsman, labour unions and, in some cases, representatives of the labour sending counties.

Farmers or labour hire companies, who go to considerable cost and trouble to gain approval to participate in the SWP and are always short of labour, are typically eager to avoid being blacklisted and losing access to the workforce they rely on to stay in business.

Yes, there have been situations where seasonal workers were poorly treated (unfortunately an all too common situation even for local employees), and the system absolutely must continue to improve, but, with all due respect to those who see it otherwise, there is no evidence that workers in Australia under the SWP are systemically ‘exploited’.

Indeed, the SWP is the most regulated source of labour available to farmers. And the fact that demand for it is growing so rapidly (more than 40% last year) is a sign that farmers are feeling the heat from media exposés of worker (primarily backpacker) mistreatment and are now, under pressure from government and supermarket alike, changing their ways.

As an anthropologist most of my time is taken up collecting and thinking about messy human stories. My recent research in Timor-Leste, speaking to returned SWP workers about their time in Australia was no exception. And although my sample of 33 people doesn’t conclusively prove anything, those I spoke to were, for the most part, positive (or at least philosophical) about the conditions they encountered, and for the most part very keen to return. Many had done so four or five times, and there is a growing queue of workers lining up to join them. Their talk was of a sort anyone who has taken a job away from home to support their loved ones could relate to, of people who miss their families but are willing to make sacrifices in order to give them a better life. On returning they would build houses for their parents, send their children and siblings to school and start businesses. The money they earned, free from the distortions of foreign administrated development aid or the stigma of charity watered the grassroots directly. They had, typically, not only dreams for the future but a way to achieve them.

His subsequent apology notwithstanding, the seeming lack of awareness of the benefits of the SWP for Australian farmers and Pacific workers alike McCormack showed in Wagga Wagga is beneath a leader who claims to care about rural Australia. Obviously the SWP doesn’t let us off the hook on climate change. But it, and the promotion of Pacific labour mobility more broadly, could be the start of a new partnership with the Pacific, one based on mutual interests, mutual respect and person-to-person relationships. And after last week in Tuvalu, wouldn’t that be good.

This is an edited version of this Canberra Times piece.