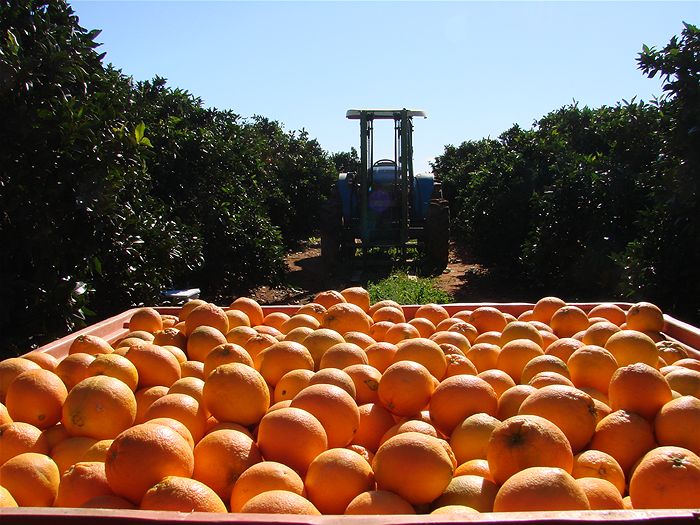 To use an appropriately agricultural metaphor, 2018 was a bumper year for the Australian Seasonal Worker Programme (SWP).

From scarcely 1,000 participants in 2011, for the 2018 calendar year the SWP has grown to involve 10,465 workers from throughout the Pacific and Timor-Leste. Supporters of the Programme convincingly argue that it represents a chance to both supply rural Australia with well-regulated labour and help our neighbours. Given its strategic value and social good, SWP advocates have expressed concern that an expanded ‘backpacker’ visa introduced at the end of 2018 will derail this momentum.

There are all sorts of human stories behind the success of the SWP, wonderful and terrible, all worthy of consideration, none condemning or vindicating the Programme in toto. All suggest realities and patterns that policy makers need to consider and scholars might help interpret. But, stepping back, the big picture is that money saved or sent back home by SWP workers finds its way to where it’s needed, efficiently and free of the distorting stigma of charity.

The thinking of Australian policy makers on this issue must take into account the reality that it plays out at the intersection of two powerful imperatives.

The first is that humans need to eat. Or, updated to twenty first century Australia, expect to eat whatever they wish, whenever they want. While taken for granted this necessitates an elaborate agricultural-industrial-logistical complex, which even in an age of smart mechanisation is chronically short of competent labour.

The second is the precarious nature of agriculture. Even today, it is time sensitive, often physically arduous work, and often involves realities of life and death that many find off-putting. In agriculture we have an industry with a desperate and ongoing need for labour and a product which people will ultimately do anything to get. Agricultural labour tends to be very much out of sight and out of mind, and especially vulnerable to exploitation.

The extent of this is hard to quantify. Associate Professor Segrave of Monash University, who is researching illegal labour in Australian agriculture, was unable to put a number on it, other than to say the issue was serious and widespread. Speaking to 46 undocumented workers, she found that most thought that ‘if they left their job or complained’ they risked being deported. The figures that do exist are opaque. A 2011 report prepared for the then Minister of Immigration and Citizenship estimated ‘the number of non-citizens working without permission’ as between 40,000 and 93,800. In May 2017, the Senate Legal and Constitutional Affairs Legislation Committee heard it was 20,000.

Paucity of research notwithstanding, the widespread use of illegal labour, especially during the labour-intensive harvest, is an open secret. In March, the Vice President of the Victorian Farmers Federation spoke to the media calling for an amnesty for illegal workers. A spate of arrests, she said, had disrupted the harvest. Many workers had ‘taken off’. A 2015 survey carried out by the Development Policy Centre found that four out of five employers in the sector said that believed that illegal labour was used by some.

I recently had the chance to speak to a friend who had worked on an orchard in the Riverina region for the past few years. Between jobs and trying to make some money, he told me that most of the pickers he saw were mobilised through ethnic networks, and their formal right to work in Australia was questionable. The farmer had used backpackers in the past, but found them unreliable. Professional travelling pickers were better, but expensive, and used only for picking the best fruit. For most of the season most of the workers were Vietnamese and Afghan.

The Afghans arrived daily in conveys of rattly second-hand cars. They were mostly men, not yet at ease in Australia. Many were refugees with backstories as tangled as the past twenty years of immigration policy – boats and camps. They got the job done.

The farmer’s other go-to labour source was Vietnamese. They were brought in from the city in a van. Women predominantly, who seemed to be relatively recent migrants replete with a boss who acted as an intermediary and saw that no one slacked off. They would arrive early, work all day, and drive back at night. An attractive prospect for a farmer who just needed his fruit picked.

Both groups were hired and paid through a contractor, usually a more established member of their own community. This was a strictly a ‘don’t ask, don’t tell’ style arrangement, with the visa status of the pickers not brought up. The degree to which their employment conformed to Australian mandated award rates and conditions was also not known.

This blog entry is not intended to criticise anyone working at the orchard.  Whether the labour arrangements my friend witnessed were legal or not, he could not in the end ascertain. My purpose is to suggest that, given the unique pressures of agricultural production in Australia, a well-regulated program of labour migration is a way to ensure that farmers don’t come under pressure to fall back on informal alternatives which can result in the exploitation of workers. We should be sure that we are not exploiting our agricultural workers, rather than worrying that we might be.

In 2019 being able to access a wide variety of affordable food has become an expectation for most Australians. At present, the SWP represents perhaps our best shot at ensuring that the migrant workers who make this possible are operating in a well-regulated and safe environment.